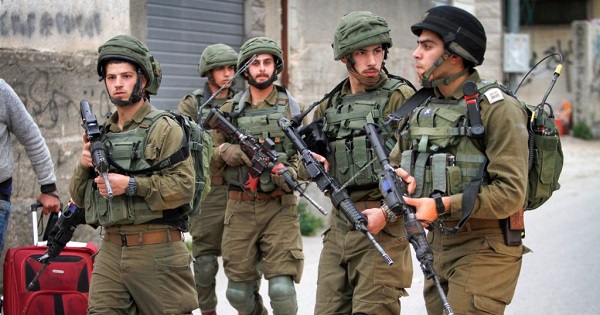 
You Must Be Kidding:
"At first they said he was under arrest. After half an hour they left. They said he's not under arrest and not anything."
--Fayyed Azzam, brother of Faris, an Arab-Israeli who was shot by soldiers while in his car at a West Bank checkpoint Tuesday. The IDF initially said that Faris was a terrorist that tried to run them over. An Israeli official later claimed the soldiers only aimed at his car and that his moderate wounds are the result of "a family dispute." Faris, who is hospitalized, said he didn't hear them call him to stop because his windows were closed and the A/C was on. Once they opened fire he pressed the gas, fearing they would've killed him had he stopped. Regarding the army’s claim that his brother was suspected of a terror attack, Fayyed said, “They always lie."
Front Page:
Haaretz
Yedioth Ahronoth
Maariv This Week (Hebrew links)
Israel Hayom

The day after Ehud Barak declared that he met sex offender Jeffrey Epstein on 10 occasions, “but never in the company of women,” the British ‘Daily Mail,’ published photos of him from 2016 entering Epstein’s mansion with his face half covered alongside pictures of four women whom it said also entered the house that day. Barak said he would sue the 'Daily Mail' over the 'loathsome' insinuations. Maariv reported on calls in the Labor party for Barak to leave the political race, calling him "A stumbling block in terms of the left-wing camp.” Interestingly, Yedioth Ahronoth and Israel Hayom posted the photo on their front pages, while Maariv noted it in a paragraph of a larger story about his unpopularity and did not include the photo and Haaretz reported on it on page five, with a focus on Barak's intention to sue for libel, rather than the controversial visit. Haaretz did publish the photo.

Channel 12 Poll: Lieberman is gaining strength, Shaked at the head of a united list makes record achievement
The chairman of Yisrael Beiteinu not only continues to be the one who will tip the scales between the blocs, buthe  also registers a two-digit number in Knesset seats. The former justice minister Ayelet Shaked takes seats from the Likud party. (Maariv)
Israeli Election Poll Shows Joint Left-wing Slate Won’t Change Political Map
Union of Meretz, Labor and Ehud Barak's party is projected to only shuffle two seats within the center-left bloc. (Haaretz)

Commentary/Analysis:
Rabbi Peretz, Give Us Back Our Fig Leaf (Zvi Bar'el, Haaretz+) Education Minister Rafi Peretz managed to divide the nation. With his recent enlightened comments about gay conversion, he foisted a terrible dilemma on the public: Which is worse, his advocacy of gay conversion therapy or his call for annexing all of the West Bank to Israel?…Yet the hypocrisy of the reassurances by religious Zionist leaders that the annexed Palestinians would receive full civil rights was revealed a bit more. Peretz candidly expressed aloud what disciples of Rabbi Zvi Yehuda Kook think and say amongst themselves. Supposedly Peretz erected a separation fence between himself – the “eccentric” minister, the outlier, the political hilltop youth – and “sane” religious Zionism, which harbors no messianic ideology. But there is no such fence and there never was one. Peretz is the embodiment of religious Zionism and when it comes to the concept of Greater Israel, there is no difference between him and Netanyahu. The annexation idea has many fathers and Peretz is not the most important one, certainly not in a society in which even the centrist parties are drawing up annexation maps.
The time has come for the right-wing to formulate its self-identity (Lilach Sigan, Maariv) Whoever said that the attacks on (Education Minister) Rabbi Rafi Peretz following his interview with Dana Weiss was exaggerated was right. Peretz claimed that anyone who attacked him by calling for him to be fired did not see the interview, because he did not say that he was in favor of conversion treatments for LGBTs, but only that he believed they were possible. But the attack was exaggerated for some other reason…His statement about Judea and Samaria (West Bank) was much more decisive and meaningful than the relatively vague words about conversion treatments. But the more significant statement did not "catch on” on Twitter, so it was ignored by everyone. It is a little strange that Peretz's position on LGBT is more important than his position on the borders of the country and its future shape, and even more so just before elections. If this incident proved anything, it is that beyond the fact that "this is not left-wing,” the Israeli right-wing has no definition. Is the right-wing against LGBT rights? The answer is "yes" if you ask the natural partners in the ultra-Orthodox parties, "yes and no" if you ask the natural partners of the right-wing parties, and "no" if you ask the justice minister, who happens to be gay…... Not just the Palestinians want self-determination, and not just the LGBTs. The right also needs self-determination. The propaganda blurred the boundaries of definition. What does ‘a right-wing government’ even mean? After all, Netanyahu also said that he would like to impose sovereignty over Judea and Samaria, but he did not say in what format. Apartheid? Giving Palestinians citizenship? Transferring them out? Or will we just go with the flow? The statement has not received any clarification, and it is also impossible to know if it was only intended to serve a political process that would evaporate over time, since in the past he also said that he was in favor of two states. At the same time, he’s sitting on the sidelines and waiting for Deal of the Century, which no one knows what are its principles. So what is the official right-wing position beyond ‘not what the left wants.’ Does anyone know?
How anti-Zionists legitimize anti-Semitism (Jonathan S. Tobin, Israel Hayom) The fight against anti-Semitism on college campuses must start by properly labeling Israel’s foes as purveyors of hate speech.
Israeli settlements are a regular destination on Birthright trips (Mairav Zonszein, +972mag) For years, Birthright has been taking participants into the occupied territories, usually without their knowledge or consent. ‘At the end of the day, we Israelis always have been less than truthful about where those lines and boundaries are for tourists,’ one former tour operator says.
China and Israel will both lose from Trump's trade wars (David Rosenberg, Haaretz+) China's economy is feeling the pinch and Israel will, too, because the global system under assault from the White House has been a boon to Israel.
Into Putin’s arms: How a failed coup turned Turkey into NATO’s biggest headache (Anshel Pfeffer, Haaretz) Arrival of Russian S-400 missile defense system probably won’t signal the end of Turkey’s military involvement with West, but will likely scupper F-35 deal with the U.S.
As a Palestinian woman, it is my duty to support the Ethiopian struggle (Samah Salaime, +972mag) As the most oppressed group in Israeli society, Palestinian citizens of Israel have an obligation to stand with the Ethiopian Israelis protesting against racism and police brutality.
If There’s a Hell, Trump and Pence Will Do Eternity There. In a Cage (Bradley Burston, Haaretz+) When Satan’s officials come to take Trump away, wearing ICE jackets, he’ll let them in with a smile and won't have the slightest glimmer of idea why.
Does Miriam Adelson Think Donald Trump Still Deserves His Own Book in the Bible? (Avram Mlotek, Haaretz+) Adelson’s drooling suggestion mirrors the quasi-Messianic way Trump’s religious fans refer to him. But we religious Jews cannot be complicit in his racism, just because he didn't single us out – this time.

Elections 2019 Commentary/Analysis:
Reconstruct the Joint List Now (Haaretz Editorial) One indisputable fact arises clearly from the election results: Dismantling the Joint List formed by four Arab parties – Hadash, Ta’al, Balad and the United Arab List – resulted in them losing about a quarter of their Knesset seats. From the 13 seats they won in the 2015 election by running as the Joint List (which had made the Joint List the third largest party in the Knesset), they fell to 10 seats in April’s election, when they ran on two separate slates. The message was clear: The voters said no to the ego battles among the parties that led to the break-up of their partnership.
A role model for new MKs (Gideon Allon, Israel Hayom) Shelly Yachimovich was without a doubt a different breed of lawmaker, and one cannot help but be impressed with her many achievements in the Knesset.
Israel's do-over election gives Arab parties an opportunity – one they're refusing to seize (Jack Khoury, Haaretz+) The parties' failure to resurrect the Joint List points to a deep lack of trust from within – and in facing the Arab public.
Israel is (still) closed for renovations (Asaf Schneider, Yedioth/Ynet) In the shadow of the repeat elections, there is a sense that an entire country is stuck, and we are floating in a parallel universe embodied by the oft-uttered refrain: 'We can't, this is a transitional government.’
Barak has polls indicating that his promises have buyers in the public, and that is worrisome (Prof. Arieh Eldad, Maariv) The chairman of "Democratic Israel" offers the Israelis a basket of promises without coverage. If he markets it to the voter, that’s a sign that he has polls that show that this nonsense has enough buyers in the country.

Interviews:
At Age 99, Israeli Photographer Is Finally Having Her Day in the Sun
After years of activity as artist, curator and collector, Dvora Schocken is having her first exhibition. She tells Haaretz about her early love of photography and the sculpture garden she curated for the Mossad. (Interviewed by Naama Riba in Haaretz+)
PODCAST: Exposing Israel's arms sales to oppressive regimes
Attorney Eitay Mack is one of the only people in Israel challenging the secrecy of Israel’s military exports to despotic regimes around the world. (Interviewed by +972mag)