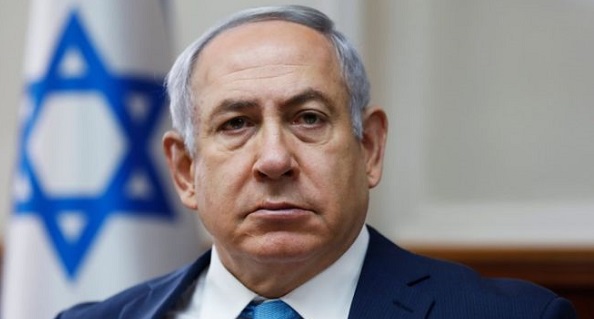 You Must Be Kidding:
Judge Oded Moreno accepted the defense’s arguments that Nahum Ariel’s posts did not constitute incitement or a criminal insult to a public servant and acquited him. Ariel, 25, a resident of Yitzhar settlement, wrote that “there isn’t a single prohibition in halakha [Jewish law] against killing a soldier conducting a nighttime eviction" (of settler outposts) and alongside a picture of a policeman he wrote, “This scumbag is called N.S. He’s a religious dog who just took part in the arrest of a woman from our settlement.” **
Front Page:
Haaretz
Yedioth Ahronoth


Top News Summary:
Twelve Israelis between the age of 16 and 18 were arrested in Cyprus on suspicion of gang raping a 19-year-old British tourist, a 9-year-old boy was killed at an action park during summer camp when a tree log fell on him and hundreds were evacuated after fires broke out across Israel during an extreme record-breaking heatwave - making top stories in today’s Hebrew newspapers. Meanwhile, former Israeli prime minister and present chairman of the ‘Democratic Israel’ party, Ehud Barak, demanded an apology from the British ‘Daily Mail’ and the removal of an article that Barak called a ‘blood libel’ report, because the paper suggested Barak was meeting with the young women who were photographed in 2016 entering the apartment of sex criminal Jeffrey Epstein in the same time period that Barak was photographed entering. Barak claimed the report intended to benefit his political rival - Netanyahu. However, the Daily Mail said today it will not remove the report on Barak from its website and called it ‘absurd’ to claim the report was meant to benefit Netanyahu. (Maariv) Haaretz’s Yossi Verter wrote that “Epstein could deliver a serious blow to (Barak)'s political comeback.”


Elections 2019 Quickees:
Bennett says wouldn't necessarily recommend Netanyahu as next prime minister
Former education minister fears merging with far-right political alliance will drive voters away, says 'won’t let us hold repeat election again.’ (Haaretz)
Senior Labor party members: Meretz is not the only option
Amir Peretz has not closed an agreement with Meretz because he is examining larger cooperations, senior party officials explained yesterday.  (Yedioth Hebrew)
Netanyahu makes history as Israel's longest-serving leader
A former aid describes Netanyahu's marketing skills as so amazing that he can argue for one thing and then the opposite with the same conviction and the same oratorical skills in both Hebrew and English. (Ynet)
Noa Rotman: “I trust Ehud Barak, Jeffrey Epstein doesn’t interest me“
A member of the Democratic Israel Party and Rabin's granddaughter referred to the storm that the former prime minister is involved in: "We are focusing on an ingrown toenail when actually the whole body is suffering from a much more serious illness.” (Maariv)

Features:
The Vanishing of a Legendary Palestinian Pastry
It’s said that if you visited Jerusalem without eating this pastry, it’s as if you’d never visited at all. But the legendary mutabbaq shop in the Old City is shuttered. What’s behind the closure of Zalatimo’s pastry shop iafter 150 years? (Ronit Vered, Haaretz+ and VIDEO)
Iran, Treason and Cover-ups: Argentina's Jews Still Seeking 'Truth or Justice' on Country's Worst Terrorist Attack
No one has ever been convicted for the terror attack on the AMIA Jewish community center that killed 85 and injured hundreds more on July 18, 1994. Community leaders reveal how the atrocity is still having an impact. (Pablo Mendez Shiff, Haaretz+) and (Ilana Stutland, Maariv)

Commentary/Analysis:
Listen to Mandela (Gideon Levy, Haaretz+) Let’s assume that indeed all critics of the occupation are anti-Semites, as Israel’s efficient propaganda machine claims; and that all BDS supporters seek Israel’s destruction; and that Israel isn’t an apartheid state, and that even its brutal occupation in the territories is no such thing. What will the Zionist propagandists say in response to the remarks of Chief Zwelivelile Mandela, the grandson of Nelson Mandela and perpetuator of his legacy? Will they accuse him of anti-Semitism and claim he is motivated by malevolent interests? That perhaps he’s getting money from ISIS? That he’s serving Qatar? That he’s a neo-Nazi like Jeremy Corbyn? One can say anything. One can also continue to bask in Donald Trump’s moral doctrine, embrace the president of the Philippines, view the Hungarian president as a true friend and consider the Brazilian president a beacon of justice. You can pass a law requiring every municipality to follow the enlightened lead of Petah Tivka and name a square after Trump. But it would be far more worthwhile to listen to Chief Mandela. Any decent Israeli cannot remain indifferent to his words. It’s hard to lay on him those accusations that Israel directs at all people of conscience who dare to criticize it.
Turkey's Gas Drilling Off Cyprus Coast Could Send Shock Waves Across the Mediterranean (Zvi Bar'el, Haaretz+) In drilling for gas off the coast of Cyprus, Erdogan is shrugging off Western sanctions, while his supporters imply it’s all a Jewish plot.
Jordan's double-game with Israel (Dr. Edy Cohen, Israel Hayom) Despite the belligerent, infuriating rhetoric from Jordanian lawmakers, the Jordanian government is rational and has avoided hasty declarations capable of torpedoing the natural gas deal with Israel, which the kingdom badly needs.
The IDF, national security, and everything in between (IDF Chief of Staff Aviv Kochavi, Yedioth Hebrew) National security is intended to ensure the existence of the nation, and more importantly to enensure its existence over time, in a safe, respectful and ethical manner. Military power is not the sole component of national security, but it is without a doubt the most essential, necessary and central. The IDF is the largest start-up organization in the country, and perhaps one of the world's largest startups to develop manpower and community in unique ways and methods.
Who Trump is really wooing with his tweets about Israel and anti-Semitism (Amir Tibon, Haaretz+) U.S. president’s use of Israel in his attacks on Democratic members of Congress is part of a broader strategy to paint his rivals as ‘anti-Jewish’ ahead of 2020
Iran and the US lower the flames, for now (Oded Granot, Israel Hayom) It's unclear whether the formula for resolving the crisis has been found, but one good thing has already emerged: The optimistic leaks from the White House have caused global oil prices to plummet.

Elections 2019 Commentary/Analysis:
One of Israel's Most Effective Politicians Just Quit, Proving Labor's at the End of the Road  (Yossi Verter, Haaretz+) In an extraordinary moment of honesty, Shelly Yacimovich admits the fire within the party has been extinguished, giving her no reason to stay.
The Yacimovich Lesson (Haaretz Editorial) The resignation of Shelly Yacimovich, one of the Knesset’s most prominent legislators and a leader of the Labor Party for the past several years, is yet another sign that the party is dying. Yacimovich, who entered politics after a successful journalism career, saw the Labor Party as an effective platform for changing Israel. But after 13 years, she concluded that she has exhausted her “ability to change the conversation.”
Netanyahu: Master of stealth (Amnon Lord, Israel Hayom) It is Benjamin Netanyahu's ability to recognize distant threats that would have been catastrophic for Israel had they not been handled in time that has kept him in power for over 10 years.
On the occasion of Netanyahu's 10-year anniversary (as prime minister), there is need to explain the nature of his position (Ran Edelist, Maariv) TThe prime minister is converting, for the sake of the religious-nationalist right-wing, the truth to lies that are intended to hide a joint fanatic agenda. But this is just the foam over the current that that is taking the State of Israel into an abyss.
It’s Not Peretz, It’s Netanyahu (Zehava Galon, Haaretz+) Education Minister Rafi Peretz began the week as an ultra-Orthodox right-wing religious Zionist and ended it in capitulation. His declaration about assimilation among Diaspora Jews being a “second Holocaust” became a tedious apology to the head of the Jewish Agency. His talk of the legitimacy of gay conversion therapy was replaced by feeble whining about his having been “lynched,” and from there it was a short hop to another apology, in which he said conversion therapy was unacceptable. Presumably, this was not a sincere apology on Peretz’s part. Behind his capitulation stands Prime Minister Benjamin Netanyahu, who is determined to hide the true face of his natural coalition partners until after the September 17 election.
Netanyahu and Israel: 'Only the strong survive' (Prof. Taliah Einhorn, Israel Hayom) Time magazine's cover story on PM Benjamin Netanyahu was accurate and flattering in some respects, flat-out wrong in others. One thing it certainly got right: In Israeli politics, much like the Middle East, only the strong survive.
Netanyahu turned his cabinet members from independent elected officials into cowards (Yitzhak Ben-Ner, Maariv) We are in the era of conversion, according to one of the Prime Minister's excellent appointments, who himself was adamantly adhering to the conversion in his government and its actions.

Interviews:
Mother's voice
Ever since she learned that she was pregnant from (Arab-Israeli actor) Yousef Sweid, (tv and radio presenter) Adi Shilon is getting hate-filled talkbacks. But hey, that's not what will break her. "When I posted the picture of myself pregnant, I said to myself: This time no, there is no chance, it's a pregnancy, it's a child, a blessing, and then you get caught and surprised," says Adi Shilon. "The amount of love we receive is still hundreds of times more than the terrible reactions, but people's need to hurt amazes me. I don’t understand how one person can see another person happy and in love, and wish him to die, and not just one person. An older woman said to me: 'Of course your parents want to die because you married an Arab.' I don’t answer (them). At most I smile, I’m sad that they see only such a narrow part of the world.” (Interviewed by Itai Segal in Yedioth Hebrew) - Also Channel 10 Interview.

The Burden of Representing Israel Abroad While Female
Four Israeli women from very different backgrounds tell of their challenges serving as economic attaches around the world. (Tali Heruti-Sover, Haaretz+)