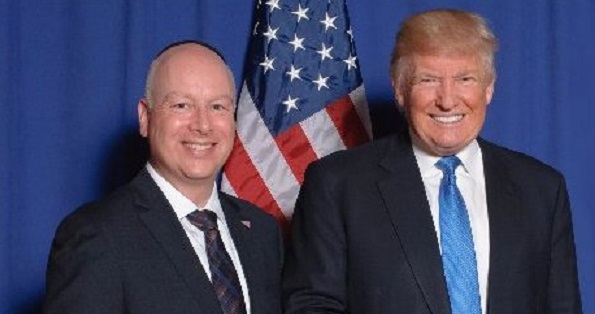 Quote of the day:
“To claim that Israel is the victim of the Palestinians isn’t just to ignore the occupation, it’s to justify its practices entirely.”
—Haaretz commentator Rogel Alpher wrote in an Op-Ed after U.S. peace envoy Jason Greenblatt said in an interview with PBS on Wednesday that "Israel is actually more the victim than the party that's responsible.” Greenblatt also rejected the term "occupied" to describe the West Bank and called the use of the word 'settlements' "pejorative." **
Front Page:
Haaretz
Yedioth Ahronoth
Maariv This Week (Hebrew links only)
Israel Hayom


Top News Summary:
Gulf tension grows, questioning and silence of Israeli youth suspected of gang rape in Cyprus and the surprising mergers in the left and the expected mergers in the right-wing ahead of September elections were the top stories in today’s Hebrew newspapers.

Israel prepared to fend off maritime threats after the Iranian Revolutionary Guards seized a British tanker following the seizing of an Iranian oil tanker by the UK (only Maariv noted in its headline that the Brits started it).

Regarding the gang rape of the 19-year-old British tourist in Aya Napa , Cyprus, allegedly by 12 young Israeli tourists, the newspapers took a more balanced stance in today’s paper. Unlike articles last week, where the headlines were about the concerns of the Israeli parents for their detained sons [See Gideon Levy’s biting Op-Ed on this phenomenon in Commentary/Analysis below], today Yedioth the title was a quote from the victim, who described that the 12 youth, mostly minors, raped her in turns. The article was written by a correspondent who went to Aya Napa. The paper also published a short profile about the young British woman, who comes from a small village in England and teaches horseback riding to children. The article also noted that the gang rape made headlines in all the British newspapers and that many people were writing talkbacks against Israel. In its daily supplement, the newspaper interviewed female experts who talked about what to teach children so they won’t become rapists and can try to avoid being raped. Ynet ran an article describing that British women in Cyprus complain about sexual harassment by young Israelis and fear them.

The Meretz party leader, Nitzan Horowitz, and Ehud Barak, leader of the ‘Democratic Israel’ party, criticized the decision of Amir Peretz, chief of Labor party to make a joint run with 'lite' right-winger Orli Levi-Abekasis, leader of the Gesher party. Horowitz said the move 'crushes the possibility' of a wider union on the left. Amir Peretz, also promised he would not sit in a coalition government with Israeli Prime Minister Binyamin Netanyahu unless the attorney general clears him of indictments in the three corruption cases. But Barak and Horowitz warned he was paving the way for a government with Netanyahu. And Labor MK Stav Shafir threatened to resign unless Peretz also makes mergers with either Meretz or Democratic Israel. Yedioth Hebrew reported that senior Labor party officials think that Shafir and her associates may join Meretz or Barak. Barak said it might spell the end of the Labor party. The connection with right-wing Orli Levi-Abekasis' Gesher party was meant to strengthen the leftist bloc and attract new voters from the right-wing.   But in the meantime, it appears that the surprising move only undermines the stability of the left-wing bloc and threatens to split it from within, wrote Yedioth Hebrew. Meanwhile former ministers Ayelet Shaked and Naftali Bennett of the New Right party met last night to restore their partnership. Shaked is expected to head the party. (Yedioth Hebrew) Bennett wants to run in the framework of the New Right, but Shaked demands running on a united list with Rafi Peretz and Bezalel Smotrich of Habayit Hayehudi. (Yedioth Hebrew)


Elections 2019 Quickees:
Reconciliation committee fails to revive Arab parties' Joint List ahead of Israeli election
Negotiation efforts ended over disagreement between Balad and Hadash over 12th spot in slate. Final deadline to submit slates to Central Election Committee looms near. (Haaretz+)
The ‘Daily Mail’ photographer tells Yedioth Ahronoth: If Ehud Barak continues with the libel suit, it will open a can of worms
Pictures of Ehud Barak outside the home of Jeffrey Epstein in Manhattan were shot in 2016. But the photographer, Jay Donnelly, did not know that the man he photographed was the former prime minister of Israel. The ‘Daily Mail Online,’ which purchased the pictures from him, published them on January 19, 2016. Under Barak's photographs, whose face is partially covered with a scarf, the caption reads "unidentified person" arrived at Epstein's house. Donnelly, who made an ambush outside Epstein's house for hours and documented Barak and the four girls entering separately, is a veteran and skilled photographer specializing in paparazzi and celebrity photography. Yesterday he told Yedioth Ahronoth that "all the pictures of Barak and the four young women were taken that day, and I do not think that Barak has a basis for the his law suit.   If he moves forward (with the law suit), it will open a can of worms. This is also an indication that the ‘Daily Mail’ is standing firm in its position towards Barak.” (Yedioth Hebrew)
The biggest challenge in Israeli politics? Getting out the vote in this Bedouin city
The vast majority of Israel’s Bedouin voters fall into two categories — they either don’t vote or vote for Arab parties. But could that be about to change in September? Haaretz visits Rahat to find out. (Haaretz+)

Features:
Gideon Levy -  The protest dispersed. Then an Israeli sniper shot a 9-year-old boy in the head
From 100 meters away, an IDF soldier shot a Palestinian boy in the head in the West Bank village of Kafr Qaddum. The bullet exploded into dozens of fragments in the child's brain and he's now in an induced coma. (Gideon Levy, Haaretz+)
Former Deputy Mossad Chief Who Helped Bring Iraqi and Iranian Jews to Israel Dies at 88
Born in Herzliya in 1931, he joined the Haganah at the age of 14, served as a bodyguard for Ben-Gurion, and reached number two in the Mossad: Menachem (Nahik) Navot, whose career spanned 40 years and included bringing Jews from Iraq via Iran in 1972 and extracting the last Israelis from Tehran during the Islamic Revolution, died at the end of the week. After being head of the directorate branch of the Mossad, he was appointed head of the Tevel department in 1980, and together with Dave Kimchi, they pushed for deepening ties with the Christians in Lebanon. Despite the variety of positions he served in, his name was mainly connected to the controversial relationship that he cultivated and deepened from the 1970s with the Christians in Lebanon, which led to Israel's invasion of Lebanon in June 1982 and to the war that lasted 18 years. On the day Syrian agents assassinated Lebanese President Bashir Gemayel in September 1982, Navot was in Beirut and when he heard of the assassination his world collapsed, as testified by those who met him at the time. Maariv's Yossi Melman wrote, "In conversations I had with him, he always tried to justify himself and explain that he had been wronged and that he actually opposed the reliance on the Christian Phalangists and he believed in prime minister Yitzhak Rabin's policy that Christians should be helped to help themselves. "Unfortunately," he told me, "this approach was changed during the period of Prime Minister Menachem Begin and Defense Minister Ariel Sharon. About twenty years later, Navot was asked: "Did you see the film 'Waltz with Bashir'?" The question was posed by Aliza Magen, who was also the deputy head of the Mossad. She referred to the Israeli animated film that displayed the horrors of the Lebanon War from the perspective of director Ari Folman, who was a tankist in the war. Navot admitted that "a lot of people think that I am responsible for the war, and when they talk about the war in Lebanon, unfortunately, they raise my name. That's the image that stuck to me and to the Mossad." (Ofer Aderet, Haaretz+, Yossi Melman, Maariv and Inbar Toyzer, Yedioth Hebrew)
Island of irregularity
In the wake of the suspicion of the rape of the British female tourist by Israeli youth, tour guies talk about the phenomenon of violence, vandalism and sexual harassment at the Cyrpiot tourist town of Aya Napa in the summer months. (Talia Levine, Maariv Magazine, cover)
What do we do with our sons?
The gnawing fear of every parent in Israel after the publication of two gang rapes. On the one hand, the nightmare of every mother and father: How to protect our daughters from sexual violence. On the other hand, a no less terrifying nightmare: Is it possible that we will wake up one day and discover our son participated in a crime like this? A row of female experts explain what is important to talk with the children about, what social dynamics can turn into gang rape and how to identify warning lights. (Noam Barkan, Yedioth's '24 Hours' supplement, cover)
From amputee to Israel's martial arts champion
Assaf is the only para Taekwondo athlete in Israel training with 'healthy' men, heavier, older and stronger but that only prepares him for the challenges he hopes will be ahead as he fights to take part in the 2020 para Olympian games in Tokyo. (Arie Maliniak, Ynet)
When Jews Praised Mussolini and Supported Nazis: Meet Israel's First Fascists
Some worrying components of Hebrew fascism are still evident in Israel's right wing, 80 years on. (Dan Tamir, Haaretz+)
Palestinians seeking to disengage economically from Israel
Aiming to end the reliance on Israel and counter the U.S. plan for the region, the Palestinian prime minister is looking for trading partners and investment in Amman and Baghdad; 'The move is part of the Palestinian development strategy for 2017-2020,' says PA official Abd al-Rahman. (Media Line, Ynet)
As it fights for its land, one Palestinian village struggles to preserve its cultural heritage
Wedged between settlement expansion and plagued by water shortages, land confiscation, and settler violence, Wadi Fuqin’s agricultural heritage is increasingly coming under threat. (Arianna Skibell, +972mag)
The Unsung Savior of Cairo’s Jewish Community
Using gifts, bribes and his personal charm, Clement Behar put his life on the line to save the Jews of the Egyptian capital from persecution during the 1940s and 1950s (Flora Hastings, Haaretz+)

Interviews:
He Fled Iran for Israel When He Was 12. But He Couldn't Stay
This week at the Tel Aviv airport: An Iranian Jew who left Israel for Canada, and an Israeli therapist who treats kibbutzniks. (Interviewed by Liat Elkayam in Haaretz+)

When Zionism imagined Jewish nationalism without supremacy
In his recent book, Dr. Dmitry Shumsky shows that, contrary to popular belief, the forefathers of Zionism did not envision a state based on Jewish supremacy. And yet Zionism, he says, inevitably involves the oppression of Palestinians. (Interviewed in +972mag by Meron Rapoport)