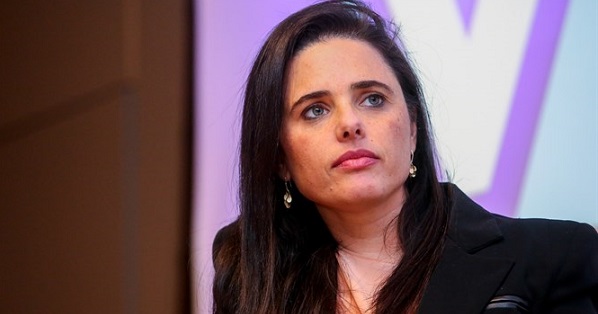 Quote of the day:
"Despite sophisticated intelligence methods and the huge amount of money the state wastes on the battle against BDS, Israel will never manage to make criticism of the occupation go away."
--From today's Haaretz Editorial.*
Front Page:
Haaretz
Yedioth Ahronoth
Maariv This Week (Hebrew links only)
Israel Hayom


Top News Summary:
Former justice minister Ayelet Shaked takes the reins of her party, the New Right, and charges towards uniting all of the far-right, (and if she succeeds, a poll said it would be the third largest party at elections,) Israel’s national basketball team won the European championships for the second consecutive time and the three Israeli teens who are the key suspects in the gang rape of a British tourist in Cyprus continued to be interrogated and to deny raping, while everyone awaited the results of the DNA tests (Maariv) making top stories in today’s Hebrew newspapers.

Meanwhile, US Administration Middle East envoy Jared Kushner and other senior officials are visiting the region next week to discuss the economic part of their peace plan. Last week the Palestinians slammed the Trump administration's $50 billion investment peace plan. According to a report Friday in the London-based pan-Arabic Asharq Al-Awsat, Saudi Arabia, Egypt, and Jordan are pressuring the US to hold off on announcing the ‘Deal of the Century.’

And the latest on Iran:


Elections 2019 Quickees:
Israel's Labor Party slams the door on left-wing merger
'Merging with Barak and Meretz will deter certain populations from joining us and being part of the revolution,' Amir Peretz says. (Haaretz)
Supreme Court releases reasoning for barring Kahanist leader from Israeli election
Legal analysis explains ruling that member of the far-right Otzma Yehudit party could not run for the Knesset due to his racist views. (Haaretz+)
Ben-Gurion's grandson: "Grandpa was a visionary, Bibi is not"
Moshi Ben-Eliezer was not particularly impressed by Netanyahu's breaking of Ben-Gurion’s record for longest serving prime minister. "There is no significance to the duration of the term of office, but to what was done in it. My grandfather tried to unite the remnants of a people, now they are trying to disband the people into tribes.” (Ynet Hebrew)

Elections 2019 Commentary/Analysis:
No one can know what Netanyahu believes in, if he even believes in anything (Prof. Arieh Eldad, Maariv) Prime Minister Binyamin Netanyahu has made many promises about the development of settlements, promising a great deal and doing very little. Of all the previous prime ministers - from right and left - he is the smallest builder.
The Left Is Good for Netanyahu (Iris Leal, Haaretz+) For example, Labor Party chairman MK Amir Peretz’s recent megalomaniacal step. Orli Levi-Abekasis could have been a nice social-affairs-minded addition to the Labor Party, if we ignore the party from which she sprung and the laws she supported. But now, at the critical moment when unifying the left is a matter of survival, Peretz winks to the right and doesn’t firmly rule out entering a Netanyahu government. That’s not a mistake, that’s sabotage.
The Right must unite (Mati Tuchfeld, Israel Hayom) New Right co-founder Naftali Bennett’s decision to place the good of his party and the right-wing bloc ahead of his own ego cannot be understated. The leaders of the smaller right-wing parties should follow suit.
Shaked Wants to Lead the Right. Netanyahu Will Do Anything to Stop Her (Yossi Verter, Haaretz+) The former justice minister has outgrown her former party, and Netanyahu's main obsession is keeping himself from having to face her in coalition negotiations.
Yair Netanyahu or Ehud Barak: Are there any real intellectuals today in Israel? (Meir Uziel, Maariv) What is the weight of intellectual thought in these crazy elections, in which the main question is about Yair in strip clubs or Ehud Barak and an airplane called ‘Lolita Express’ (belonging to sex criminal Jeffrey Epstein)?
The next phase for the Right: A technical bloc (Dr. Haim Shine, Israel Hayom) If a left-wing government is established after the election under the auspices of Yisrael Beytenu's Avigdor Lieberman, the right-wing parties will have only themselves to blame.
Less women in Knesset is bad for Israel (Chen Artzi Sror, Yedioth/Ynet) Shelly Yachimovich is the latest in a long list of female lawmakers who are either retiring or failed to win reelection for the next parliament; this is a sad time for representation, equality and Israeli politics as a whole.

Interviews:
'An attack on Iran? We were very serious – it was no bluff'
This week, Benjamin Netanyahu became the longest-serving prime minister in Israel. In a special interview to Israel Hayom, he looks back on a number of significant events from his time in office, first and foremost the new sanctions on Iran. He discusses the trust he has built with Russian President Vladimir Putin and seeks to calm those who are concerned that religion is taking over the state: "I won't allow a state run by Jewish law to be established here, and I've already stated that. The Bible doesn't belong to the religious public alone." (Interviewed by Boaz Bismuth and Amnon Lord in Israel Hayom)