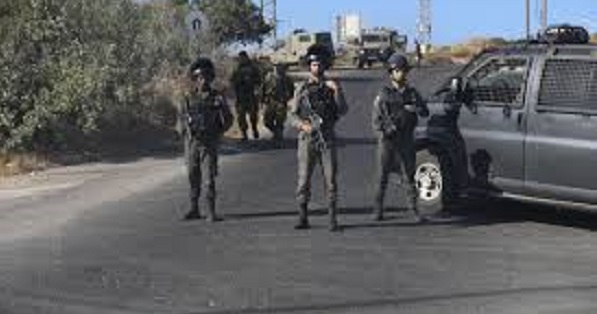 
You Must Be Kidding:
Israel's public broadcaster Kan removed all episodes available online of a police docudrama set in Jerusalem and police apologized, following a report by Haaretz that officers planted a gun in the house of an East Jerusalem Palestinian in the course of filming the show.

Quote of the day:
"The climax of the series was the planting of the gun in Samer Sleiman’s house. That was the moment of truth. That’s how the police operate in the territories. Sometimes they plant evidence, or make up a pretext for brutal behavior. And in general, they plant themselves in places where they shouldn’t be at all. It’s not just the planted weaponry; it’s all based on deceit – the supposedly unoccupied status of the supposedly united city; the dangers exaggerated to the point of absurdity; the security services who fight these dangers and make them worse by their very violent and provocative presence, in Jerusalem as in the West Bank."
--Haaretz commentator Gideon Levy wrote in today's paper.**
Breaking News:
Israeli Soldier Killed in West Bank Attack; Security Forces Suspect Failed Kidnapping
Shin Bet, army and police have launched an investigation into the stabbing attack that claimed the life of 19-year-old yeshiva student Dvir Sorek ■ Manhunt underway. (Haaretz, Ynet, Israel Hayom)
Front Page:
Haaretz
Yedioth Ahronoth
Maariv This Week (Hebrew links only)
Israel Hayom

Top News Summary:
Today’s top stories in the Hebrew newspapers focused on internal politics and the likelihood that Israel’s attorney general will indict Labor Minister Haim Katz (Likud) for fraud and breach of trust. The papers noted that Israeli Prime Minister Binyamin Netanyahu said he won't establish a unity government after the upcoming Israeli election, despite the fact that Yisrael Beiteinu Chairman, Avigdor Lieberman, said after the dissolution of the previous Knesset that after the next elections he would no longer automatically recommend Netanyahu to form the next government, and instead would only recommend whoever expresses consent to form a unity government. Yedioth’s Yuval Karni wrote that “These two commitments place the political system, at least according to the polls, in a conundrum from which it is unclear how to exit.” According to the results of a Yedioth poll, either Lieberman joins a left-wing bloc, which would give it 58 mandates to the 61 mandates of a right-wing - ultra-Orthodox bloc. Or Lieberman would not join either bloc, in which case he is expected to receive 10 mandates, the right-wing and ultra-Orthodox parties would form a 56-mandate right-wing bloc and the center and left-wing bloc would receive 54 mandates. (Yedioth Hebrew)

Features:
WATCH The story of the 19th-century Palestinian Jerusalem hotel fighting a settler takeover
'Every stone in this building means a lot to me,' says Abu al-Walid Dajani, who is fighting eviction from the hotel his family has run for 70 years. (Haaretz+VIDEO)
After 74 years: The Etzel (Irgun) Archives will apologize to an 82-year-old who was injured in the blast
When he was 8 years old, Yehuda Tauber was hit by an explosive device aimed at British soldiers in Jerusalem. When the story was published by the State Archives, it was located and invited to a conciliation meeting at the Jabotinsky Institute. It all began with a recent post on the Facebook page of the State Archives, which occasionally posts documents from the pre-state days. The post recounts five explosions that shook Jerusalem on the evening of August 15, 1945. Members of the Irgun put bombs in the Geula neighborhood wrapped in the organization's leaflets, warning the Mandate police not to approach the Western Wall on Yom Kippur. They apparently intended to attract British policemen and police officers to set off the explosions wheb the leaflets were lifted. On behalf of the State Archives, the public was asked to help locate Tauber and five others who were injured in the incident. The man who raised the glove was a volunteer researcher of the Etzel Archives at the Jabotinsky Institute, who after detective work, succeeded to locate Tauber, who is now a resident of Karmiel. (Maariv)
Born and Raised in Israel, Moroccan Jew Sets Out to Find Erased Identity in Her Parents' Homeland
Khen Elmaleh's Moroccan roots shaped who she is. On a first visit to Africa's northwestern corner, she tackles cultural erasure and fulfills her grandfather's dream ■ Part 1 of 2. (Khen Elmaleh, Haaretz+)
How to Design a State, According to a Pioneer of Israeli Landscape Architecture
A book devoted to veteran landscape architect Ruth Enis offers a glimpse into a profession largely unfamiliar to the general public. (Naama Riba, Haaretz+)