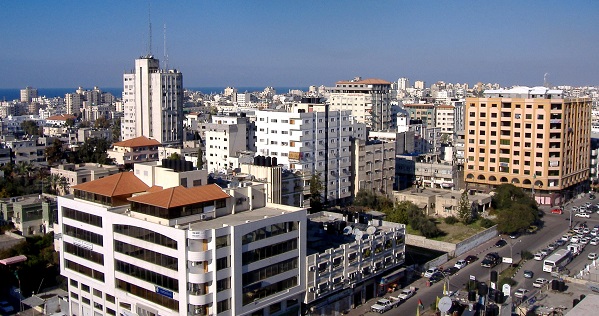 
You Must Be Kidding:
“You can read between the lines…we don’t accept non-residents, whether from nearby villages or from down below [the Arab part of Nazareth], or from the entire area. We can’t allow some in and exclude others. As soon as I let one non-resident in, I have to allow residents of Nazareth, Kafr Kana and other nearby areas in as well.”
--Manager of Nof Hagalil country club explained in roundabout way to potential customer who doesn't live in Nof Hagalil that the club does not accept Arabs as members, but then agreed to allow the out-of-towner join, thinking he was Jewish.*
Front Page:
Haaretz
Yedioth Ahronoth
Maariv This Week (Hebrew links only)
Israel Hayom

The soldier's father said he only regretted that they weren’t killed. Hamas accused the Palestinian Authority of cooperating with Israel to track down the killers. Hamas said in a statement that "The Etzion attack is the most powerful response to talk of an (Israeli) attempt to annex the occupied West Bank.” On Saturday, Israeli security forces released a man detained a day earlier in connection to the killing of the soldier. The Palestinian Authority urged Israel not to implement collective punishment for the soldier's murder.

The IDF said the four armed young men who tried to cross the border fence from Gaza were planning to either make an attack or a kidnapping. Hamas said it was an independent action by youth motivated by rage over the Israeli siege over the Gaza Strip. Sources in the Strip said three of the four were members of a Hamas unit tasked with preventing infiltrations.

Features:
How a Top Palestinian Lawyer Devoted to Nonviolent Resistance Became a Terrorist
Tarek Barghout, 44, fought the Israeli occupation in court. Now it turns out that he led a double life. In the daytime he defended Palestinians in Israeli courts, but at night he perpetrated terrorist acts in the West Bank. This split existence came to a head when he found himself representing Palestinians who were charged with carrying out an act of terrorism that he himself had perpetrated. How did the lawyer whom clients dubbed the “angel” – a man who went to law school in order to struggle against the occupation nonviolently – become a terrorist? (Ravit Hecht and Josh Breiner, Haaretz+)
On Tisha B'Av: Five people talk about the destruction of their private home
From the families evacuated in the peace treaty with Egypt and in the disengagement (2005), through those who lost their homes in the fire to those whose homes sustained a direct hit from the missile from Iraq in 1991 and from Gaza in 2019. A special project. (Ilana Stutland, Maariv)
Gideon Levy Why Israeli Police Are Terrorizing This Palestinian Village
Some say Jerusalem police's harassment of Isawiyah's residents was inspired by a now infamous documentary series shot there; but there might be another reason. (Gideon Levy and Alex Levac, Haaretz+)
Atomic Conflict
This is the most secret fight in Israel: Nuclear scientists against the Atomic Energy Commission and the government. The reason: A new bill that limits their capability to go on strike, which they say will hurt Israel's supremacy. In a document submitted to the court, the researchers claim that "mouth shutting” was being used against them and that they were attempts to spy on other the representatives of the employees. "I feel suffocation,” says scientist chairman Dr. Arik Maimon in an interview under the watchful eye of the MALMAB. "We are treated like soldiers who must obey blindly.” (Itai Ilnai, Yedioth Hebrew)
For these Palestinian kids, a first-ever day at the beach means the whole world
Sometimes it involves defying the Israeli authorities, but taking children from the West Bank village of Beit Ummar for a day of fun in the waves of the Mediterranean has its own rewards. (Patty Nieberg, Haaretz+)

Elections 2019 Commentary/Analysis:
The Only Issue Currently Preoccupying Netanyahu's Party (Yossi Verter, Haaretz+) If ‘bad boy’ Yair Lapid keeps it up, Kahol Lavan’s demise may be a matter of time – as may Bibi’s if a certain scenario is realized.
Where do Lieberman's new voters come from, and will they come to the polls? (Shmuel Rosner, Maariv) Chairman of Yisrael Beitanu probably understood better than others what scares the public: religious coercion. Maybe he can afford to wage war, because he won't have to form a coalition.
In order to block Lieberman, I’m even willing to vote for Likud (Iris Leal, Haaretz+) Benjamin Netanyahu’s incitement against Israeli Arabs is ugly, but it doesn’t stem from emotional or racist sources; he knows that a high voter turnout in Arab towns and villages poses a threat to his rule, and he tries to thwart it with different methods every time there is an election. It’s serious and it’s terrible, but it’s not as bad as a dark and rapacious hatred toward Arabs, just because they’re Arabs. Such ethnic racism is more befitting of Netanyahu’s son Yair, who behaves and expresses himself like a rabid Kahanist. Until recently, such an attitude was the flagship of Lieberman’s party.
What Is Ashkenazi Afraid Of? (Ravit Hecht, Haaretz+) Kahol Lavan’s “cockpit” is getting weirder by the minute. Benny Gantz gives the impression of a basically good man, but beyond the touching feeling that he’s a nice guy caught in an unfamiliar situation he doesn’t entirely own, he’s not very coherent and generally doesn’t seem like someone who wants to or is capable of leading. Yair Lapid, on the other hand, wants to very much, and unlike Gantz he has the political fighter’s spirit. But he’s simply unelectable, because he is worshiped by only one tribe of many in the Israeli jungle. It’s clear to anyone with a brain in their head that were it not for the repeat election, Lapid and his cult would have cut loose from Kahol Lavan and this will very likely happen after the election, probably over the dilemma of whether or not to join the government. The clip he posted from the parking lot in Ramle where Ofir Hasday was stabbed to death, in which he associated Israelis’ parking problems with Benjamin Netanyahu’s problematic leadership, raises concerns for Moshe Ya’alon’s state of consciousness. In this mess there’s only one man with leadership potential and electability – Gabi Ashkenazi. On the face of it he crossed the anxiety Rubicon when he entered politics and concocted the connection between Gantz and Lapid. But it seems that so far he has waded only knee deep into the water, without immersing his entire body.
Netanyahu knows that if he does not form the next government, no declaration of loyalty will save him (Ben Caspit, Maariv) The prime minister knows that even the Stalinist declaration (of loyalty) forced on Likud members will be worthless if he does not form the government.
Detoxing From Netanyahu (Carolina Landsmann, Haaretz+) To borrow from Charles Dickens, in the future we’ll be able to say about these times: It was the most critical election, it was the most unnecessary election.
Netanyahu is fighting for his personal life, not his political survival (Shimon Shiffer, Yedioth/Ynet) The prime minister should not be dragging down the state institutions responsible for potentially bringing him to justice for his alleged crimes and endangering the democracy for which Israel has earned international respect.
Netanyahu's Putin campaign alienates Israel's Russian-speaking voters (Lily Galili, +972mag) A new election poster of Netanyahu gloating about his relationship with the Russian authoritarian leader may have entirely missed the mark with younger Russian-speaking voters, revealing deep generational divides.
Another radical-right Netanyahu government would decimate Israel’s ties with American Jews (Chemi Shalev, Haaretz+) A shift of a few points in the polls would set up Netanyahu’s ultimate deal with the devil: Immunity in exchange for destructive government zealotry.
The candidate for prime minister: There is no doubt that Ayelet Shaked is an extraordinary political phenomenon (Abraham Tirosh, Maariv) I do not remember anyone in the past who entered political life and then immediately, in his first term, was recognized as a practical, not just potential, candidate for prime minister and who gained popularity in the polls.