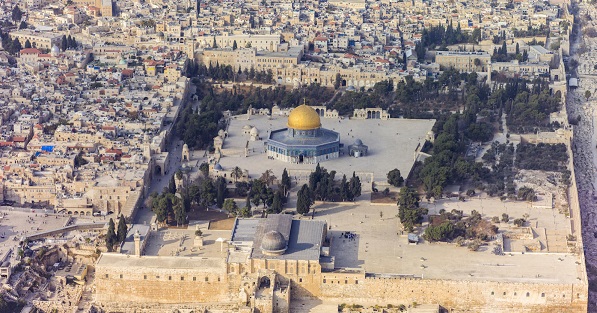 Quote of the day:
"Self-criticism and setting things right are the key to the survival and growth of any society. The State of Israel is not just any state, but a state that has a purpose."
-Israeli Ambassador to Panama, a member of the Druze faith, Reda Mansour, said regarding his own sharp criticism of the demeaning treatment he received by a security person when he was entering Ben-Gurion Airport.**
Front Page:
Haaretz
Yedioth Ahronoth
Maariv This Week (Hebrew links only)
Israel Hayom

The clashes that broke out at the Temple Mount after Israeli Prime Minister Binyamin Netanyahu relented to right-wing pressure and allowed religious Jews to enter and the sharp criticism by a far-right-wing minister were today’s top stories. Also, Israeli forces fired a tank shell and killed a Palestinian man who approached the security fence inside northern Gaza and shot at Israeli soldiers. Hamas said he acted on his own. And, the IDF said that the two young Palestinians, who were detained Sunday for stabbing to death the Israeli soldier, Dvir Sorek, in the West Bank last week, were not connected to any militant organization, as was previously assumed, but had acted spontaneously on their own.

On Sunday, the Jewish day of mourning for the destruction of the biblical Holy Temples, Tisha B’Av, coincided with the Muslim sacrifice holiday, Eid al Adha. Initially Israeli police prevented religious Jews from entering the Temple Mount. Meanwhile, right-wing religious Jewish leaders slammed Netanyahu for not allowing Jews entry. Police deliberatied whether to allow them to visit later, after thousands of Muslim worshippers finished their prayers. So the Jerusalem Waqf called for a protest against giving the Jews entry. Clashes broke out between Muslim worshippers and the hundreds of Israeli Border Police.  and Netanyahu eventually gave the permission after the Muslim worshippers had finished their prayers. Clashes continued and police fired stun grenades and tear gas, causing 15 Palestinians to be hospitalized. After hours of clashes, Hamas called on Palestinians to march on Jerusalem and 'defend Al-Aqsa Mosque.’ ‘Israel Hayom’ reported that Muslim worshippers began throwing chairs and other objects at a group of Jewish visitors that was allowed to enter under close police escort. Israel Police said at least four officers were wounded.

The papers presented the ‘battle on the Temple Mount’ as a win-lose situation. ‘Israel Hayom’ declared on its front page, via an Op-Ed by Nadav Shragai, that ‘Israel won.’ Indeed, it supported that with the fact that “a record number of Jews visited the Temple Mount on Tisha B'Av, despite riots.” That is, 1700. Transportation Minister Bezalel Smotrich called Netanyahu a “weak leader”, making front page. Netanyahu rejected the criticism over his Temple Mount policies and said the question was always about how to manage situation in a manner that best serves public safety.” Haaretz’s Editorial declared that Israel “surrendered to a few extremists” by allowing Jews to visit. While Yedioth’s Nahum Barnea wrote that Israel should have just let the religious right-wingers pray at the Temple Mount if they wanted and it wasn’t a big deal. [However, he appears not to be aware that Jews are not allowed to pray on the Temple Mount, according to an agreement signed between Israel and Jordan. - OH] Jordan condemned Israel’s ‘blunt' violations for letting Jews in to the holy site. The Arab world condemned Israel for 'violating the sanctity of Al-Aqsa.’ Interestingly, the response of the Palestinian Authority was not prominent in the Hebrew papers.

Elections 2019 Commentary/Analysis:
Promises in the air (Yuval Karni, Yedioth Hebrew) Zero VAT? Death penalty for terrorists? Eviction of people of Khan Al-Ahmar?   The Prime Minister has made quite a few promises before elections, but a large part of them remains on paper. Now, in the eighth time that he is running, Netanyahu promises not to form a unity government. But history shows that the last time he declared that, he in the end turned to (then Labor party chief Avi) Gabbay and asked him to join his government. And perhaps one of Netanyahu's most prominent election promises, the one he frequently wields in every campaign as the "security card," is the commitment to overthrow Hamas rule. Already on the eve of the 2009 elections in Ashkelon, he declared: “I will collapse the Hamas rule." But since Operation Protective Edge, he has not only failed to do that, but has also been indirectly negotiating a ceasefire and an arrangement with the terrorist organization and even permitting the transfer of Qatari money to it. And that's not all. There are also economic promises that Netanyahu has made over the years, which were never honored or fulfilled, such as promoting a zero-tax program on supervised food products shipped after the 2015 election.
Will another Netanyahu win sever Israel's ties with US Jews? (Jonathan Tobin, Israel Hayom) At the heart of the breach between Israel and American Jewry is a declining sense of Jewish peoplehood among the latter, as assimilation and widespread intermarriage have created a community that is no longer that interested in Israel or, frankly, the person leading it.
What Netanyahu can learn from Ben-Gurion (Yifat Erlich, Yedioth/Ynet) The current prime minister's stint in power may have surpassed that of Israel's first PM, but as his paranoia about threats to his power runs ram pant it seems like he has a thing or two to pick up from his predecessor, especially about when to step down.

Interviews:
**"Every Druze person knows that once he gets to Ben-Gurion Airport he will receive special treatment and it's time to stop it."
A week after the incident* at Ben-Gurion Airport - Reda Mansour, Israel's ambassador to Panama, is still angry. But in an interview with Yedioth Ahronoth, he also talks about the hope that lessons will be learned, that such cases will no longer come back, and he draws encouragement from the thousands of supportive responses he received: "My protest has connected a lot of people to a very sensitive and internal place. People have called me from all over the country, from the Gaza periphery to Kiryat Shmona. I've talked to the security chiefs at Ben Gurion Airport and I feel they really want to fix the situation...Anyone who knows me knows that my personal interest was the marginal part of the story," he explained. "This post was written for our young people and for all of us as a country and as a society. Self-criticism and setting things straight are key to the survival and growth of any society. The State of Israel is not just a state, but a state that has a purpose." (Interviewed by Itamar Eichner in Yedioth Hebrew)


[*Israeli ambassador to Panama, a Druze, decries treatment at Ben Gurion Airport
A week ago Reda Mansour wrote in a Facebook post that security guard delayed [and humiliated - OH] him and his family upon learning they were from an Arab village. Mansour concluded the post with strong language, saying “Ben Gurion, you can go to hell. Thirty years of humiliation and it’s still not over. You used to take us apart at the terminal, and now we’re suspects even at the entrance…I have only one thing left to say to you: I feel like vomiting!” Ben-Gurion Airport Spokesperson: “Tell your daughter we are protecting her.” (Times of Israel and JPost)]