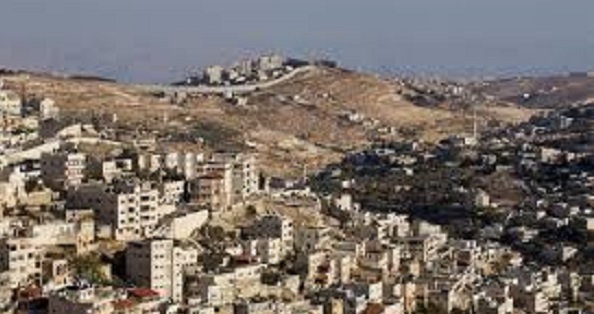 Quote of the day:
"Using Palestinians as a tool, as raw material, in the hands of the occupier is a daily event. Any Israeli soldier who has carried out operational activity in the territories knows this. In my unit, for example, we were sent to break into the homes of innocent Palestinians to try out new tools designed for use in break-ins."
--Achiya Schatz, communications director of Breaking the Silence, writes that the Israeli police planting of weapons in Palestinian homes for the sake of an invented story in docudrama is similar to what Israeli soldiers do.*
You Must Be Kidding:
On Sunday afternoon, as the soccer players and the audience gathered for the opening of the annual soccer tournament between Palestinian families of Jerusalem’s Old City, Israeli police officers arrived at the order of Minister Gilad Erdan and ordered the crowd to disperse, confiscated posters and other equipment, claiming that the event was linked to the Palestinian Authority.**
Front Page:
Haaretz
Yedioth Ahronoth
Maariv This Week
Israel Hayom


Top News Summary:
Former justice minister and chairwoman of the Yamina list, Ayelet Shaked, reportedly tried to bribe Israeli Prime Minister Binyamin Netanyahu by promising to influence the Attorney General to give Netanyahu immunity in his corruption cases if he promised to give her a high spot in the Likud party, while Israel promised to give Gazans aid to get to the airport if they promised to emigrate and three Golani brigade combat soldiers were dismissed after they refused to fight in a Gaza border incident, in which one officer was injured and it took three hours for six soldiers to kill the lone Palestinian militant earlier this month, making top stories in today’s Hebrew newspapers.

Meanwhile, Netanyahu made a ‘limited achievement’ (Yedioth) from his visit to Ukraine because despite signing economic and political bilateral agreements with the country, which also promised to open a Jerusalem investment center (but not a Jerusalem embassy - to Netanyahu’s chagrin),  the whole visit was seen by Israeli media as a pre-elections gimmick to get votes away from the mostly Russian-voting Yisrael Beiteinu party - and because his wife, Sara, made some embarrassing faux pas. Sara not only reportedly was restrained by her own security guards from entering the cockpit to chastise the pilots for not greeting her at the start of the flight, she also threw out the traditional Ukrainian bread offered to her by the Ukranians upon landing at their airport, upsetting Ukrainians.

Some 35,000 Gazans left the tiny Strip via Egypt in 2018 and now Israel says it will pay for flights and drive Gazans to an Israeli airport if more agree to leave.

Elections 2019 News:
Leader of the far-right-wing list, Yamina, Ayelet Shaked denied
that she tried to bribe Netanyahu by promising him that if she were given a spot in Likud, she would make sure he got immunity in corruption cases because she ‘controls’ the attorney general. She called it an ‘assassination attempt.’ Haaretz broke the story and saw messages sent as part of Shaked's efforts to join Likud, before she took the reins of the united right-wing slate, Yamina. One of her associates said that "if she doesn't control the justice ministry, it's clear Bibi is going to jail." Channel 12 News reported that Likud and Yamina were in negotiations and that Likud will start campaigning against the small right-wing parties that do not pass the threshold, and in return - Yamina will not demand the resignation of the prime minister in case of indictment. (Maariv) The opposition responded calling for an investigation. (Maariv) Meanwhile, Netanyahu accused Lieberman of joining the left-wing for agreeing to share surplus votes with center-left Kahol-Lavan party.

And Chairman of the Labor-Gesher list, Amir Peretz, ‘shot in all directions’ in an interview with "Israel Hayom.”  On Kahol-Lavan, he said: “It will fall apart, it has no ideology…It has an expiry date - right after the election.” On Labor's situation: "There was a severe crisis, we will achieve 15 seats.” On Stav Shair leaving the party: “She went to the place right for her.” The paper wrote that Peretz "is trying to breathe new life into the battered party, which sank in the last election under Avi Gabbay's baton, to an unprecedented low of 6 seats. Their burst of activity has come in recent weeks with meetings with various sectors of society across the country, but despite his effort to make the Labor-Gesher list with Orly Levi-Abekasis a socio-economic alternative, the polls project no more than 7 mandates for the list." (Interviewed by Yuri Yalon in Israel Hayom Hebrew)

Features:
‘Furious and Confused’: Liberal U.S. Jews Fume Over Israel's Tlaib-Omar Rejection
As one longtime Israel supporter says on barring of Tlaib and Omar: ‘I didn’t think I would see in my lifetime American Jews walk back from Israel this much.’ (Dina Kraft and Danielle Ziri, Haaretz+)
A forgotten Jerusalem: Rare color footage from 1930s casts new light on holy city
The archive at the capital's Cinematheque is being digitized, and treasures are being revealed — like this rare fiootage showing the Old City and the vibrant mix of Old Yishuv Jews, Muslims and Christians alongside the city's holy sites. (Ynet)
Haaretz Photo Blog: The Last Years of Golda Meir in Never-before-seen Pictures
National Library of Israel reveals new photographs ahead of the release of a documentary on the country's only female prime minister. (Dr. Hezi Amior, National Library of Israel, Haaretz)

Elections 2019 Commentary/Analysis:
Israeli Election Mismatch Pits Fire-breathing Netanyahu Against Sluggish Gantz (Chemi Shalev, Haaretz+) The center-left candidate is storming the Prime Minister’s Office with all the enthusiasm of a prisoner consigned to hard labor.
For the first time in a long time, the Labor party seeks to create an equitable Israeli society (Dr. Revital Amiran, Maariv) Peretz's aggressive conduct justly received a furious response from the party, but if that is the degree of determination with which he seeks to implement his economic plan and to extend it to land as well, that’s good enough for us.
You don't replace winning incitement (TV critic, Einav Shiff, Yedioth Hebrew) Yisrael Beiteinu's election campaign makes Tommy Lapid's [anti-ultra-Orthodox - OH] 'Shinui' party look like a fanatic sect of the Gur Ultra-Orthodox community. The amount of poison poured in the video clips and interviews about the ultra-Orthodox community is one of the most disgusting seen here, and the pay-off in the polls is particularly depressing: Avigdor Lieberman was there when Netanyahu made a pact with the 'natural partners' [ultra-Orthodox parties - OH] and didn't exactly turn the tables on end.
Israel's Labor Party takes the socioeconomic agenda off the table (Eytan Avriel, Haaretz+) Its plan to tax the upper middle class to pay for a giant social-welfare plan discredits the idea of helping the needy.

Interviews:
'Israel Can’t Afford to Be a Sweetie': Martin Amis on Writing, Innocence and Jewish Manhood
As English literature's longtime 'bad boy' is about to turn 70, he explains what a novelist has to do to 'earn the right weight.' (Interviewed by Dor Shilton in Haaretz+)