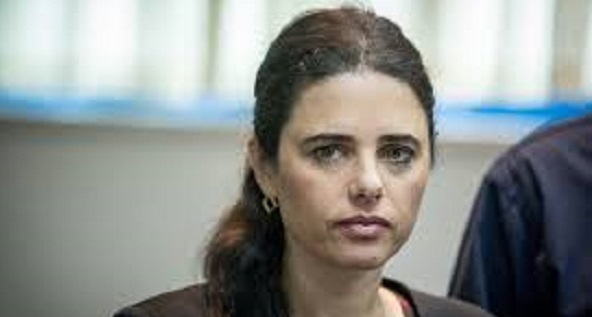 Quote of the day:
“During this period of a difficult struggle against the right-wing, a courageous partnership is needed between those who seek civil and national equality, social justice, the end of the occupation and a just peace between the peoples.”
-The statement by the Joint List at the launching of the party’s campaign in Hebrew Tuesday in south Tel-Aviv.*
You Must Be Kidding:
Kahanist party, Otzma Yehudit, and Prime Minister Benjamin Netanyahu's Likud party filed a joint appeal on Tuesday with the High Court against the Central Election Committee's decision to allow the Arab-majority Joint List to run in the September 17 election, claiming that the Joint List supports terror.**
Front Page:
Haaretz
Yedioth Ahronot
Maariv This Week (Hebrew links only)
Israel Hayom


Top News Summary:
A group of 14-17 years olds were detained on suspicion of raping an 11-year-old girl in their city in the north, Kahol-Lavan and Yisrael Beteinu parties signed a surplus votes agreement,
angering other parties, a weapons arsenal in Baghdad belonging to a militia backed by Iran or Hezbollah was attacked, to which Israeli Prime Minister Binyamin Netanyahu said from Kiev, “There are major security challenges which are explained in the report I received a few minutes ago,” and Western diplomats reportedly said that the US and Russia agreed to allow Israel to make such attacks in Iraq on Iranian arms targets and Palestinians in Gaza threatened that if Israel did not implement the understandings agreed upon by the weekend - i.e. let in Qatari cash and increase the electricity supply - there would be violence on the border and airborne firebombs, making top stories in today’s Hebrew newspapers.

Features:
Gaza Stripped: What Normal Life Looks Like in the Least Normal Place on Earth
Visually stunning and deeply harrowing, a documentary by Garry Keane and Andrew McConnell tells the stories of the people of Gaza. (Simon Spungin, Haaretz+)
War pictures: Back to the Lehi fighters and their private struggle for the establishment of the state
Lehi, which will mark its 80th anniversary in the near future, is currently preparing a special album to review the history of the organization and present unseen photos. (Maariv Magazine supplement, cover)

Commentary/Analysis:
West Bank Violence Could Erupt Before Israeli Election, Security Officials Believe (Amos Harel, Haaretz+) As the Palestinian Authority descends into severe economic crisis, signs of unrest piling up, as Hamas escalates rhetoric in hopes of securing Israeli concessions.
Gaza emigration ploy suggests Netanyahu hell-bent on torching Israel’s image abroad (Chemi Shalev, Haaretz+) As if the Tlaib-Omar debacle wasn’t enough, the prime minister pours 'ethnic cleansing' fuel on the dumpster fire of Israel’s PR.
Netanyahu's Gaza illusion (Alex Fishman, Yedioth/Ynet) There are solutions for the situation on the Gaza border and the IDF has presented them to the government, but they will have to wait for after the elections since the prime minister is avoiding escalation at all costs.
With Gaza-Israel Border Incidents, Hamas Trapped Between Push for Calm and Public Thirst for Resistance (Jack Khoury, Haaretz+) Gaza group struggling to balance civil rule of the Strip, which includes agreements with Israel, and its commitment to military actions against the occupation.
Netanyahu’s carrot-and-stick policy on Gaza (Ruthie Blum, Israel Hayom) Both Left and Right are uneasy about growing violence from the border, but anyone accusing Prime Minister Netanyahu of “having no policy” is either in denial or just dead wrong.
Why You Must Watch HBO’s Brilliant New Israeli Drama ‘Our Boys’ (Adrian Hennigan, Haaretz+) HBO’s grueling but gripping Israeli show ‘Our Boys’ reprises the violent summer of 2014.
The tale of a terrible summer, 'Our Boys' is punch to Israel's gut (Amir Bogen, Yedioth/Ynet) HBO's new series doesn't look to clear the Israeli collective conscience, but to air all the dirty laundry and offer a glimpse at a racist and violent country, which it does with honesty, complexity and great audacity; the result is not flattering or easy to digest, but it is television at its best.
Ignoring or downplaying price of West Bank annexation is playing with fire (Susie Gelman, Haaretz+) As Israelis head to election in less than a month, it's critical to debate annexation – only if its proponents are willing to admit the truth about the repercussions.
Tlaib, Omar trip would have been disastrous (Dr. Joseph Frager, Israel Hayom) If Reps. Rashida Tlaib and Ilhan Omar had been allowed to go ahead with their trip to Israel, they would have wreaked havoc on every single day of their visit.
To Please Trump, Netanyahu Turned Omar, Tlaib and BDS Into Prime Time News (Amir Tibon, Haaretz+) Israel's interest was to minimize the attention given to Omar and Tlaib, and highlight broader support among Democrats in Congress. Trump's interest was the opposite - and Netanyahu fulfilled his wishes.
To Tlaib trip organizer, murderers are 'heroes'(Moshe Phillips, Israel Hayom) The congresswoman's choice of the pro-terrorist group Miftah to run her trip should be investigated by the House Ethics Committee. The New York Times, for example, reported only that Miftah is a group “that promotes ‘global awareness and knowledge of Palestinian realities.’” Ironically, one the “Palestinian realities” of which Miftah reminds us is that the Palestinian Authority and its American supporters regard Palestinian Arab murderers of American citizens as heroes.
The unfortunate truth: Israel has given up instead of investing more resources in PR in the US(Lilach Sigan, Maariv) The real problem is not the Muslim Congresswomen, Omar and Tlaib, but the burning need to restore relations with the Jews of the United States.
Omar, Tlaib ban: The optics don't matter(Jerome A. Marcus, Israel Hayom) Israel was right to refuse to let them visit "Palestine." Every reasonable country denies entry to enemies.
On Trump and Iran, the UAE Shifts Strategy — and Israel Should Take Heed(Alexander Griffing, Haaretz+) The Gulf state is recalibrating its alliances with powerhouses like the U.S. and Saudi Arabia, and these moves are shaking up the region. Israel should take note.
Every attempt to define Judaism as a religion only or as a nation only - we find ourselves at a dead end (Prof. Arieh Eldad, Maariv) All those who fight so that secular children of Israel can’t recognize the "Jewish texts" reveal an irrational fear of the power of these words to change a secular person into a religious one.
A new Saudi perspective for peace (Abdul Hameed Al-Ghabin, Israel Hayom) Saudi Arabia seeks good relations with Israel and the Jewish people and a fair, just, lasting, and prosperous peace for the region. Some call it "normalization"; I call it common sense.
Israel Should Keep Its Filipinos and Drop Birthright (David Chinitz, Haaretz+) Last week, Israel, sadly and disgustingly, deported Rose Perez, no doubt a devoted caregiver, and her 13-year-old Israeli-born son, Rohan, to the Philippines. Occurring during the summer, when buses of the Birthright program are often seen, this expulsion begs for comparison between these two types of “visitors” to Israel. First, let’s compare people who want to live in Israel to those who view the country as a theme park to stoke their Jewish “identity” (a rather ambiguous concept used to justify tens, if not hundreds, of well-endowed educational programs). Rose and her son were clearly dying to live in Israel. Birthright participants are happy to get a free touristic joy ride in Israel.

Elections 2019 Commentary/Analysis:
Netanyahu vs. Israel's Gatekeepers and Watchdogs (Sami Peretz, Haaretz+) There’s a tendency to play down the messages flying off the keyboards of Yair Netanyahu, the son of Benjamin Netanyahu, and right-wing journalist Shimon Riklin, one of the prime minister’s biggest fans. After all, they’re the most biased, deceptive and devoted in the campaign to keep Netanyahu in the prime minister’s residence forever. It’s their life’s mission. But brainwashing, certainly in this era of social media, sometimes works, and there’s a risk that false and distorted messages will penetrate the public debate – like the message (by Yair Netanyahu) that denigrates the gatekeepers.
Condemning the refusal to allow the Congresswomen to enter won’t give Gantz and Lapid extra points with Trump (Menachem Ben, Maariv) Those who criticized the justified refusal to allow Ilhan Omar and Rashida Tlaib to enter here indicate that they don’t really understand Israel's righteousness in the conflict.
Sometimes, campaign promises are made to be broken(Mati Tuchfeld, Israel Hayom) Both Netanyahu, who has promised to form a right-wing government, and Ayelet Shaked, who has committed to joining a government led by Netanyahu, are accusing each other of seeking to form a coalition with the Left. While Blue and White has rejected the possibility of joining a Likud-led government, Gantz's best hope may be to clinch a rotation deal with the current premier.
Lieberman’s turnaround? (Yuval Karni, Yedioth, p. 2) Despite attempts to stop Netanyahu, it appears that Chairman of Yisrael Beiteinu, Avigdor Lieberman, is succeeding in blurring the line between right and left.
Examine the Claims Against Shaked (Haaretz Editorial) Following the Haaretz expose, that emissaries acting on behalf of Yamina chairwoman Ayelet Shaked made a proposal to Prime Minister Benjamin Netanyahu that raises suspicions of a political bribery deal: In return for restoring her membership to the Likud party, Shaked would use her influence with Attorney General Avichai Mendelblit to get him to support moves to give the premier immunity from the corruption charges pending against him, subject to a hearing. Democratic Union candidates Yair Golan and Yair Fink demanded that the attorney general launch an investigation into Shaked. The demand is justified: Shaked portrays herself as a clean politician, a young alternative free of corruption. The possibility that her associates sought to help the prime minister evade justice cannot be ignored. A public servant with great power cannot exploit her authority and the confidence of her voters…
Prepared for APN by Orly Halpern, independent freelance journalist based in Jerusalem.
comments powered by Disqus