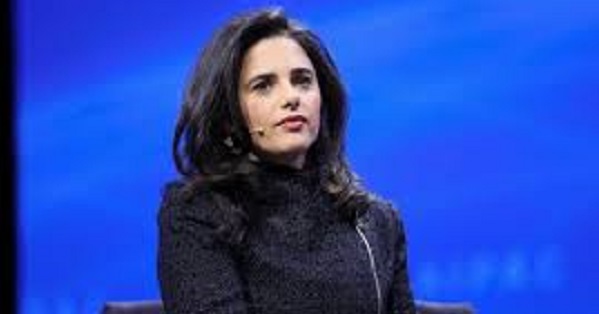 Quote of the day:
“(Ayelet) Shaked and (Bezalel) Smotrich have decided to turn the entire population into settlers. Not only [do they want] religious coercion in the education system, but they want to transfer the citizens of the state to live in the settlements where they can re-educate them in the laws of halacha.”
--The left-wing Democratic Camp blasted the housing plan presented by the far-right-wing Yamina list: to build over 100,000 housing units in the occupied Palestinian Territories for over half a million Israelis.**
You Must Be Kidding:
“Ideology with practicality” to help “erase the Green Line."
--Transportation Minister Bezalel Smotrich explains the thinking behind the Yamina list's housing plan.**
Front Page:
Haaretz
Yedioth Ahronoth
Maariv This Week (Hebrew links only)
Israel Hayom


Top News Summary:
US President Donald Trump’s statement that Jews who vote Democrat are either ignorant or disloyal, followed by his statement that “any vote for a Democrat is a vote against Israel” was the top story in Maariv and Haaretz and was a main story in Yedioth (Hebrew), following its exclusive report that the mostly-Arab Joint List was willing to join a coalition government in what the paper called “a historic precedent.”  Only did Israel Hayom try to hide Trump’s anti-Semitic statements by pushing the story to page 14 and using quotes from people who agreed with him as headlines (“The President is right, he loves the Jews”) and publishing flattering Op-Eds (“From Trump’s standpoint, harming Israel is harm to the US,” by Avraham Ben-Zvi). In contrast, Yedioth titled its article, “The insult of Jews of America” alongside a photo of Trump pointing an accusing finger. Maariv’s article was titled with a quote, “President Trump is using anti-Semitism as a political weapon.” Maariv reported that US Jewry was enraged at Trump: "Shocked, dangerous and shameful" and Maariv also interviewed the Chairwoman of the Democratic Party in Israel, Heather Stone, who condemned the statements and Israel’s denial of entry to US Muslim Congresswomen. "Trump is trying to divide Democrats," she said. Haaretz+ also wrote about the angry reactions of US Jewish organizations. After Trump’s disloyalty statement, Israeli President Reuven Rivlin told Democratic House Speaker Nancy Pelosi that the U.S.-Israel alliance must not be dependent on a relationship with one particular party. (Also Maariv)

Yedioth led with an exclusive: Chairman of the Joint List, the mostly-Arab list of four parties, plans for the Joint List to join a center-left coalition government. Yedioth called it a 'historic precedent.' The article was written by Yedioth's top political commentator, Nahum Barnea. See translation below. The other big elections story continued to be about the private investigation called for by co-leader of Kahol-Lavan party to find out who was the mole leaking personal information. More below. Also interesting was the announcement by the far-right-wing Yamina list, headed by former justice minister, Ayelet Shaked, of the plan for dealing with the housing crunch: 100,000 homes in the West Bank.

Features:
Cash terror: Hezbollah's money smuggling mechanism revealed
Israel Hayom examines Tehran's sophisticated mechanism for funding the Lebanese Shiite terrorist organization while bypassing Western sanctions. "Hezbollah's entire financial apparatus presently rests on the Lebanese banking system, which no one wants to touch," says Uzi Shaya, a former Israeli intelligence official. (Israel Hayom)
The Battle over the za'atar (herb)
They go out before dawn to evade the inspectors. They light a barbecue, so as not to arouse suspicion. Anything to get the forbidden weed - the za'atar. The plant that stars in Arab cuisine is defined in Israel as a protected plant and those who gather it in the wild, as is the custom of their ancestors, expose themselves to fines and legal proceedings. Itai Ilnai went out into the field with those who secretly collect and heard from them what is the connection between herbs and politic.(Itai Ilanai, Yedioth Hebrew)
This Queer Palestinian Singer Fights Online Homophobia and Real Life Occupation
His collaboration with Hatari, the controversial Icelandic band that caused an uproar at Eurovision, brought him international attention. Now, Palestinian singer Bashar Murad wants you to listen to his voice and music. (Aya Chajut, Haarez+)

Elections 2019 Commentary/Analysis:
The Forgotten Occupation (Zehava Galon, Haaretz+) This election looks as though someone finally gave up and decided to unveil the mechanism that activates elections in Israel, revealing them in their nakedness. We are preoccupied with who will split from whom, who signed a surplus votes agreement with whom and who will recommend whom, and after all the above there is no room left for policy…“We will continue to put down roots and we will continue to fight, whenever that is necessary, and to my regret it is necessary,” said Prime Minister Benjamin Netanyahu. If he had even a gram of honesty left, he would remind the family that he is the one who promised that we will live by the sword, and Dvir was only the latest victim of this promise…The words of Kahol Lavan Chairman Benny Gantz, on the other hand, were swallowed up in a foolish uproar, after he forgot Dvir’s last name. Although we learned that Dvir was “a delightful boy who embodied so many contradictions,” we didn’t find out what Gantz intends to do so that we won’t lose other enchanting children on his watch.
Liberman is playing Netanyahu at his own political game (Yuval Karni, Yedioth/Ynet) When the prime minister brands his opponents as 'leftist,' he is using it as a derogatory term, but the Yisrael Beytenu leader and his former chief of staff is turning the tables and reminding voters he - a settler who doesn't make deals with Hamas - is the more legitimate right-winger.