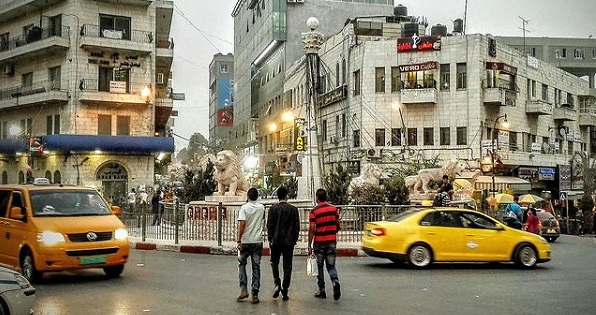 Quote of the day:
"The fact that an Arab decided to make an attack and my brother was killed in it does not mean that I will put an X on the whole sector. I have many Arab friends and I really love them.”
--Jewish Israeli chef, Shlomi Nahum, talks about life and cooking after two of his brothers were killed.*
Front Page:
Haaretz
Yedioth Ahronoth
Maariv This Week (Hebrew links only)
Israel Hayom


Top News Summary:
The killing of an Israeli girl by a roadside mine in the West Bank and the hunt for the Palestinian killers, the Israeli strike in Syria, and the US and Iraqi reactions to the Israeli strikes in Iraq and the rejection by Kahol-Lavan of the historic offer by the leader of the mostly-Arab Joint List to join a center-left coalition were top stories in today’s Hebrew newspapers.

Three suspects were detained in the murder of Rina Shnerb, who died when an improvised charge exploded at a West Bank spring she and her family were visiting. Some of the Palestinians were detained for the purpose of gathering intel into the planting of the mine. But this time the security forces are not putting sieges on Palestinian villages during their manhunt, Ynet reported. US special envoy to the Mideast Jason Greenblatt said that donor countries should consider pulling funding from the Palestinian Authority ‘over terrorism.’

Meanwhile, Israel confirmed that the attack it made Saturday in Syria was to foil an Iranian drone attack. Syrian opposition activists reported three deaths in the attack. And after U.S. officials told the New York Times that Israel struck an Iranian weapons depot in Iraq, a former Iraqi prime minister warned of a ‘strong response’ from Iraq if Israel was indeed responsible for the strikes. Then, US officials denied the earlier statement by a US official and said that the blasts in Iraq might be due to the heat.

At the Gaza-Israel border, thousands of Palestinians protested and Israeli soldiers seriously wounded five of them. Yet, the Qatari envoy to Gaza said Israel and Hamas were committed to the truce despite the violence. "Both sides have no war intentions but there is a lack of money and the humanitarian situation is bad,"  Mohammed Al-Emadi said. "Should people feel financially at ease, the ghost of war will be totally removed.”

Features:
What’s Killing Israel’s Lone Soldiers?
Young Diaspora Jews account for only 2 percent of soldiers serving in the Israeli army, but in the past year the suicide rate among them has been disproportionately high. Haaretz investigates why. (Judy Maltz and Yaniv Kubovich, Haaretz+)
The Trip Rashida Tlaib Didn’t Get to Take
A visit to Upper Beit Ur, where the mother and grandmother of Palestinian-American Congresswoman Rashida Tlaib were born, and where she married in 1998. (Gideon Levy, Haaretz+)
How the 1929 Arab massacres of Jews shaped a generation of Israeli leaders
More than 130 Jews were killed in Jerusalem, Hebron and elsewhere. Children would write about their experiences, and Haaretz noted that ‘we know that the whole of the Arab nation in this land wasn’t responsible.’ (Ofer Aderet, Haaretz+)
Haaretz Photo Blog Unhealed Wounds: The personal cost of the right to protest
New international photography and multimedia project shows people from around the world who were injured by police brutality and crowd-control weapons. (Tali Mayer, Haaretz+)
How Israeli Media Became a Playground for Billionaires
Instead of developing a competitive, decentralized market, a handful of businessmen are acquiring newspapers, websites and TV channels in order to gain influence. (Nati Tucker, Haaretz+)
Jaffa beauty
Neither the Western Wall, nor the Bahá'í Gardens nor Masada - the only Israeli place to be selected for Time magazine's 100 most amazing sites in the world is a Jaffa hospital that has become a luxury hotel, The Jaffa. The American magazine noted the historical aspect of The Jaffa Hotel, which was housed in an ancient building that was once a hospital and a hostel for Christian pilgrims and was known as the "French Hospital". The magazine also chose to name the two hotel architects, world-renowned architect John Pawson and Israeli architect Rami Gil. It is evident that the Time's editors mainly noted the combination of old and new, the spectacular design and the history behind the walls. (Yedioth Hebrew)
These Israeli Lawmakers Want African Asylum Seekers Deported. Now They're Replaced by Them
In a new play that Haaretz's social-affairs reporter helped create, the five migrants represent lawmakers generally keen to deport them – and even the leftist gets lampooned. (Aya Chajut, Haaretz+)
The crime: Collaborating with the Nazis. The punishment: Excommunication from Judaism
Was a Judenrat member a traitor to his people? A new study addresses a little-discussed chapter in Holocaust history, and recalls how Israel's early judicial system dealt with Jews who collaborated with Nazis. (Ofer Aderet, Haaretz+)
Israeli tech pioneer who made it possible to talk on Skype and watch YouTube dies
Member of the U.S. National Academy of Engineering and Virginia-based Internet Society’s hall of fame, Danny Cohen's name may not be well known, but his work helped shape how we use the internet. (Ofer Aderet, Haaretz+)

Interviews:
"My life looked like the ‘Fauda’ series“
Shlomi Nahum, 40, worked in an IDF intel unit in Lebanon for his army service, pretending to be an Arab. At the homes of the (Lebanese) spies and collaborators he fell in love with the local food. "When we came to meet agents and collaborators in the (Lebanese) villages, they set out a table - with lamb, mansaf, siniyeh. Unbelievable dishes and amazing desserts that I had not known before, and suddenly my eyes opened and my palate began to feel other flavors, which I did not eat at home. I am a person who loves to eat, and you can see it on me, and when I was finished my army service, I decided to go to study cooking. While my friends went on all kinds of trips around the world, I was inspired to become a chef. He later opened an outdoor wedding hall in Eilat and life looked rosy. But then, his two brothers were killed, one in an attack and the other in a car accident during operation activity in the army and his life turned upside-down. Nahum left everything, returned to support his parents in Carmiel, and accepted an offer to be the head chef of the boutique Nea Hotel. Today he hosts celebs like Guy Pines, Rotem Sela and Ilanit Levi, who come to celebrate with him and he tries to be happy. (Interviewed by Amir Kaminer in Yedioth Hebrew)
Many people from the Arab sector work at the hotel restaurant. Are they aware of your personal story?
"Yes, everyone is aware, and they are my best friends. I make a complete separation between my personal story and the people of the [Arab] sector. The fact that an Arab decided to make an attack and my brother was killed in it does not mean that I will put an X on the whole sector. I have many Arab friends and I really love them.”