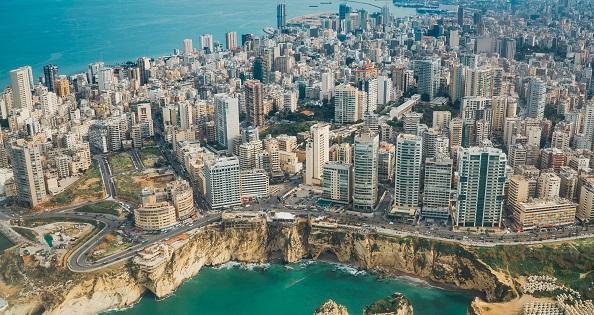 Quote of the day:
"I’m not comfortable being a G-string covering the nakedness of Prime Minister Binyamin Netanyahu as he boasts to every ambassador that 'Israel is the only democratic oasis in the Middle East.' I use the G-string as a metaphor because the metaphor of a fig leaf is obvious. The G-string, in contrast, is barely seen and barely felt, and we barely see or feel this democracy, which we are supposed to celebrate."
--Tamer Nafar, a Palestinian citizen of Israel and a renowned rapper, writes that - despite everything - Arabs in Israel should vote.*
Front Page:
Haaretz
Yedioth Ahronoth
Maariv This Week (Hebrew links only)
Israel Hayom


Top News Summary:
The Hebrew papers boasted about the ‘direct hit’ on Hassan Nasrallah’s ‘secret mixer,’ warned that Nasrallah promised a ‘calculated response’ that won’t lead to war, and shared details of two testimonies by state witnesses against Prime Minister Binyamin Netanyahu in Cases 3000 (submarines) and 4000 (Bezeq-Walla) - making some of the top stories in today’s Hebrew newspapers.

Israel leaked to the Times of London that the two Israeli drones that attacked a building in Dahiya neighborhood of Beirut hit a planetary mixer, a central component of Hezbollah's missile program, particularly the vital Iranian-imported control panel, which helps manufacture precision-guided long-range missiles. Yedioth’s Yossi Yehoshua wrote that the leak to The Times was meant to make clear that no Hezbollah people were harmed - thereby giving Nasrallah an excuse to avoid a severe response. Indeed, Nasrallah said his response will be ‘calculated,’ but won’t lead to war. Israel also relayed a message of de-escalation to Lebanon through the US Secretary of State Mike Pompeo, who told Beirut officials that the Israeli operations do not seek to “change the rules of the game" in the region. Maj. Gen. Gershon Cohen was interviewed on 103 FM and warned that "Hezbollah's commando has capabilities to conquer Israeli communities in the Galilee.” (Maariv)

Interestingly, the Netanyahu corruption cases was the top story of Maariv, but less so in Yedioth and Haaretz, where it made the front pages, but continued deeper in the paper. In Israel Hayom, one might not even know about the cases: the Filber testimony could barely be seen at the bottom of page 7 and with the unrevealing title, “Prime Minister on Filber testimony: ‘Blood libel.’” The Ganor testimony, in which former state's witness Michael Ganor told investigators that Netanyahu permitted Germany to sell two submarines to Egypt in exchange for a discount of some $500 million on Israel’s purchase of a sixth submarine from Germany, was not mentioned. Shlomo Filber, former Director General of the Ministry of Communications, who became a State witness in Case 4000, revealed to his interrogators how the prime minister asked him to act for the benefit of Bezeq owner Shaul Elovich. "He showed me with his hand a price-lowering movement that, instead of being sharp and strong, would be more moderate," Filber claimed. According to Filber, he was referring to the Bezeq-Yes merger that was required to approve. “It is clear to me that this merger is a national disaster." Netanyahu: “In order for Filber to escape from his own actions, he must lie,” Yedioth wrote. (Hebrew)

Commentary/Analysis:
Nasrallah is trying to alter the equation (Yoav Limor, Israel Hayom) In his desire to respond to the drone attack attributed to Israel, the Hezbollah leader revealed that his operatives are stationed on the Syrian Golan Heights. His confession granted Israel, which had pointed the finger at the Iranian Quds Force, an unexpected PR win. Paradoxically, Trump's possible meeting with Iran's president could calm the situation.
IDF mission: Avoid exposing its vulnerabilities, which Hezbollah can exploit (Tal Lev-Ram, Maariv) In the fragile situation created, tactical levels have a great deal of responsibility, with operational errors in the field that may have implications at the strategic level as well. The goal - to prevent the terrorist organization from achieving operational achievement.
Israel's new strategy just slapped Nasrallah across the face (Alex Fishman, Yedioth/Ynet) Israel is taking advantage of Nasrallah's vulnerabilities by challenging Lebanon to contain the Iran-backed organization or pay in either military strikes or natural gas revenue.
Hezbollah can't not respond (Oded Granot, Israel Hayom) Three factors make it inevitable that Hezbollah will hit back for the drone strike in Beirut: Israel interfered with its precision missile project; the action was "noisy" and seen by the public; and this was the second time Sheikh Hassan Nasrallah was humiliated by Israel in 24 hours.
Israel must restore deterrence in the eyes of Hamas (Uri Heitner, Yedioth/Ynet) Although the terror group is aware of Israel's military might in response to rocket attacks, it has learned that it's milder form of terror – using incendiary balloons that scorch the local fields - goes unpunished by the outgoing Israeli government.
Trump’s soft-pedal outreach to Iran is a preview of Netanyahu’s worst nightmares (Chemi Shalev, Haaretz+) Three weeks before Israeli election, the U.S. president is undermining one of the prime minister’s main electoral assets.
Is Donald embarking on a vague and dangerous battle against the world and its wife? (Yitzhak Ben-Ner, Maariv) What happens to the President of the United States, the man with his finger on the red button? And if our moves and our agenda dependent more on him than on (Hezbollah chief Hassan) Nasrallah and (Hamas politburo chief Yahya) Sinwar, what will we come to?
Against the backdrop of signs of negotiations between Trump and Rouhani, Israel is escalating friction with Iran (Amos Harel, Haaretz Hebrew) Iran's foreign minister's visit to France and Macron's remarks about a possible summit signal the opportunity for a warming relationship between Washington and Tehran. Netanyahu is staunchly opposed to direct negotiations at this time, preferring continued economic pressure.
American Jewish leaders: The (Democratic) party is over (Zahava Englard Shapiro, Israel Hayom) American Jews can still wise up, focus on the big picture and make a difference at the voting booth. The absence of organized Jewish leadership does not exempt anyone from personal responsibility.
When an American in the IDF meets a Palestinian American in Hebron (Michael Schaeffer Omer-Man, Israel Hayom) An American serving in the Israeli army in Hebron says that in her job granting and denying Palestinians permission to work and travel, it’s a ‘conversation starter’ to meet Palestinians who back home would have full rights like her.
Abbas has missed the bus (Yoni Ben Menachem, Israel Hayom) PA leader Mahmoud Abbas will go down in history as a corrupt dictator whose only achievement was fostering dissent within Palestinian society.
BDS supporters from the ‘academia’ threaten to break the spirit of one of the most prestigious programs in the IDF (Prof. Arieh Eldad, Maariv) The attempt to strip the uniforms from the ‘Havatzelot,’ the Intelligence Corps’ flagship program, is a small part of the attempt to brainwash them, to make them ashamed of the IDF and the state.
This Could Be Used by Future Historians Analyzing Israeli Decadence (Ziva Sternhell, Haaretz+) I didn’t know whether to laugh or cry. The reports from the “renewal of vows” celebration in Mykonos, which Israeli billionaire Idan Ofer organized for him and his wife, prove that those living in the Prime Minister’s Residence on Balfour Street don’t have a monopoly on extravagant behavior.

Elections 2019 Commentary/Analysis:
*I can barely feel Israel's democracy, but I'm still going to vote in its election (Tamer Nafar, Haaretz+) A year ago, I sang the following words: “Shalom, Shalom, I don’t want this shekel/I want to stand up for my rights/I don’t want the Moshav, don’t want the Knesset.” A few months ago, I wrote in a song: “We better vote or we’ll end up outside this country.” Psychologically, I have a split personality. But, if you ask any Palestinian citizen (of Israel), he will tell you, “Welcome to the club, Habibi.” The conflict between these two positions – to vote in the election or not to vote in the election – epitomizes the daily conflict between wishful thinking and reality, between the dream to become a famous singer like Sama Shoufani and the fact that we have no stage outside the Israeli version of “The Voice.”
Is an Arab-Blue and White (Kahol-Lavan) alliance good or bad for Netanyahu? (Dov Lipman, Israel Hayom) With polls showing neither the Right or Left will be able to secure a coalition, the Joint Arab List could supply a significant boost to the Left in September if it breaks its longstanding tradition of remaining outside the government. Such a deal, however, could also boost Netanyahu's chances of winning the election.
Arabs in Israel want to join the government. You'll never guess who's stopping them (Samah Salaime, +972mag) Joint List Chairman Ayman Odeh said he would be willing to consider joining a center-left coalition, prompting a response from Israel’s centrist party that reveals the true face of those who hope to replace Netanyahu.
Magnificent PR move: The connection between Nasrallah and Amir Peretz's mustache (Mami Pe’er, Maariv) So what is working for Netanyahu’s benefit, without wishing for it, are Nasrallah's threats and the security agenda. This election campaign has three major players and as much as this may sound surprising, these are the three: Benjamin Netanyahu, Avigdor Lieberman and Amir Peretz. The strength of the connection will be influenced by three foreign factors - terrorist enemies…: Hamas, Hezbollah and Iran, simply called Hassan Nasrallah…And who is endangering Lieberman's kingmaker status? None other than Amir Peretz, who made a splendid PR move this week, when he took down the pathetic mustache that has embellished his face for decades and attached a determined message of not sitting down with Netanyahu. Surely Peretz now looks better and a more of a leader, and if he succeeds in bringing in Haggai Resnik, No. 7 of Labor-Gesher list and one of this party's best people, the story may change and make Peretz a major player even at Lieberman's expense.
What’s missing from Israel’s election campaign? (Jonathan S. Tobin, Israel Hayom) American Jews who are mad at Trump still think that the peace process and the quest for two states are a priority. Israeli voters are no longer listening – and for good reason.
The Israeli right stopped talking about occupation, and that will hurt it at the polls (Meron Rapoport, +972mag) Netanyahu has joined forces with religious radicals who have stopped talking about Palestinians and are instead pushing a homophobic and sexist agenda. It may just might seal his political doom.
Fixated With the West Bank, They Forgot About the Negev (Sami Peretz, Haaretz+) When Naftali Bennett and Ayelet Shaked left Habayit Hayehudi before April’s election and started Hayamin Hehadash (the New Right), they recruited Alona Barkat, owner of the Hapoel Be’er Sheva soccer team, identified with Be’er Sheva and the Negev, as a reinforcement player. Bennett presented her as someone who “complements me and Ayelet. She brings the side of the social periphery.” This time around – without Barkat, who has returned to soccer – the Negev is less of attraction for them. What does hold attraction for them? The settlements. Last week they presented a plan for building 113 housing units over five years in Samaria, which will enable half a million people to move there. Bennet and Shaked, and in effect most of the right, have no interest in the Negev. It’s ours in any case, without involving any struggle, and therefore it’s not exciting. It’s boring.