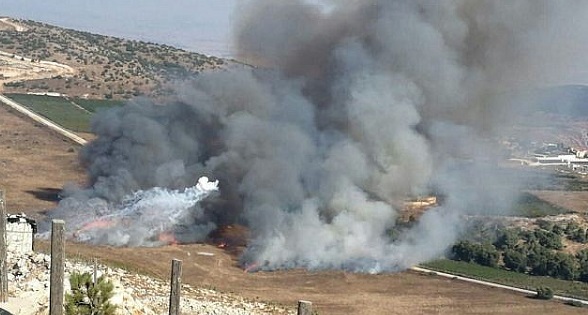 Quote of the day:
“As the elections approach, when passions are flaring and the discourse coarsens, I implore you not to believe the incitement and the personal attacks. Do not listen to the voices that are eager to radicalize the discourse, to the right or to the left."
--Israeli President Reuven Rivlin said after Prime Minister Binyamin Netanyahu accused the media of persecuting him and called to boycott Channel 12 after regularly released information about his corruption cases.*
Front Page:
Haaretz
Yedioth Ahronoth
Maariv This Week (Hebrew links only)
Israel Hayom

Top News Summary:
The ’90-minute battle’ between Israel and Hezbollah, which included a fake evacuation of soldiers, was today’s top story in the Hebrew newspapers. Other top stories were Israeli Prime Minister Binyamin Netanyahu’s reaffirmation of his pledge to annex parts of the West Bank and what was perceived as Israeli President Reuven Rivlin’s call on citizens to ignore Netanyahu’s accusations against the media.

The various Israeli military commentators agreed that the dispute with Hezbollah was not over despite the anti-tank missiles Hezbollah shot at an Israeli military base and military jeep Sunday. (See Commentary/Analysis below.) Yet, according to Maariv’s Yossi Melman, the two sides are both pleased with the results: Hezbollah hit the Israelis - and didn’t cause a war - and Israel pulled a fast one and pretended soldiers were injured and then - after Hezbollah announced they were - it revealed that it was fake news. However, the fear among Israeli citizens on the northern border was real and Yedioth wrote about it in detail.

In what was perceived by some as an election campaign gimmick, Netanyahu reaffirmed his pledge to annex parts of the West Bank. “With God's help we will extend Jewish sovereignty to all the settlements as part of the [biblical] land of Israel, as part of the State of Israel,” he said during a visit to Elkana settlement. Yedioth’s diplomatic affairs correspondent started his article, writing: “Fifteen days before elections and Prime Minister Binyamin Netanyahu decided to open yesterday the school year at Elkana school in Samaria (West Bank) of all places." (Ynet Hebrew) Politicians were quick to react to Prime Minister promise. Kahol-Lavan co-leader, Yair Lapid wrote on Twitter sarcastically: ” "Netanyahu opened the school year with a statement that he wants to annex 2.9 million Palestinians, give them Social Security and next year fund their children's education. All in all, it reasonable." Yamina member, Naftali Bennett, noted: “Eight years ago I said the same thing and he called me delusional.” Joint List Chairman, Ayman Odeh said: "Netanyahu is a serial offender who pushes the state to crime.” (Maariv)

*After calling Israeli TV Channel 12 'anti-Semitic' and asking Israelis to boycott it, Netanyahu was under fire. President Rivlin appeared to rap the prime minister for his comments, calling on Israelis to ignore “radical discourse” and to show unity. Netanyahu had attacked Channel 12 for airing an Israeli-made series about the events of summer 2014, when three Jewish Israeli teens were kidnapped and murdered by Palestinians and three Jewish Israelis kidnapped, tortured and murdered a Palestinian teen in retaliation. (Also Maariv)

Commentary/Analysis:
Hezbollah can't beat us (Giora Zeltz, Israel Hayom) Residents of northern Israel can very easily transition from their routine to a state of emergency and back again.
Israel, Hezbollah find way out of escalation, but a critical dilemma remains (Amos Harel, Haaretz+)  Should Israel strike Lebanese soil and risk a deadly flare-up?
Israel is pleased, and so is Nasrallah: both sides have come to terms with the rules of the game (Yossi Melman, Maariv) Like a tender and complex dance, Israel and Hezbollah adapted their steps to each other. In the end - both sides came out with their lust in their hands and they can both boast that they have achieved their goals.
Far from over and done with (Oded Granot, Israel Hayom) Even if both sides aspire to avoid an all-out war, additional rounds of fighting between Israel and Hezbollah are sure to follow.
It's too early to breathe a sigh of relief (Alex Fishman, Yedioth/Ynet Hebrew) Nasrallah had one chance - and he suffered a dismal failure. He had wall-to-wall legitimacy in Lebanon for the firing of one cartridge, but that did not cause Israel the same pain that was intended to deter it from the continued attacks it was attributed to it in Lebanon. Hezbollah's failure is so dismal that it may even force it to make the next mistake.
Egypt’s arrest of Ramy Shaath (Col. (ret.) Dr. Jacques Neriah, Israel Hayom) As relations between Cairo and Ramallah continue to deteriorate, Egypt’s arrest of senior Palestinian official Nabil Shaath’s son on terrorism charges may be a sign of things to come.

Interviews:
Polish president says Holocaust is 'part of our national memory'
Andrzej Duda speaks exclusively with Israel Hayom on the 80th anniversary of the outbreak of World War II, calling date "the most tragic day in the history of the Polish nation." Regarding reparations and for Jewish victims of the Nazis, he says issue "concerns all those who lost property, irrespective of their nationality." (Interviewed by Eldad Beck in Israel Hayom)