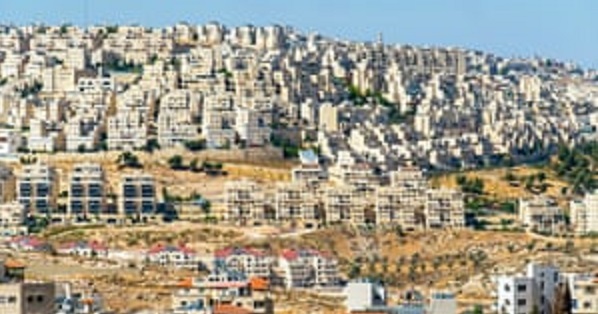 You Must Be Kidding:
"The education minister not only goes beyond his purview, he simply acts as if he's the minister of religionization. He doesn't care about Israeli students, but only how to turn them into settlers living in the West Bank."
--Democratic Camp party member, Stav Shafir, and Meretz party leader, Nitzan Horowitz, said after far right-wing Education Minister Rafi Peretz promoted plans to have school children make school trips in the West Bank.**
Front Page:
Haaretz
Yedioth Ahronoth
Maariv This Week (Hebrew links only)
Israel Hayom

Top News Summary:
Campaigning strategies of the key parties were the top stories in today’s Hebrew newspapers alongside the news that Israel revealed satellite photos allegedly showing a new Hezbollah factory in Lebanon for manufacturing precision missiles, something Hezbollah had previously denied.

Commentary/Analysis:
Israeli Strikes on Iranian Targets Are Great Election Fodder, but Have Little Strategic Impact (Zvi Bar'el, Haaretz+)  Though Israel's Military Intelligence has outstanding ability to gather information ahead of an operation, it can't say what diplomatic and strategic outcomes would follow.
Again, we "obliged" Nasrallah to take revenge: conclusions from the exchange of fire in the north (Prof. Arieh Eldad, Maariv) Anyone who thinks that Hezbollah's leader is now deterred may be found wrong and the price of the error will be heavy. Maybe instead of the IDF response, we should finally kill Nasrallah? Just suggesting.
Free ourselves of Nasrallah (Sever Plocker, Yedioth/Ynet Hebrew) It is time for Israel to stop going silent every time Hezbollah leader speaks from his bunker.
Make Egyptian-Israeli cooperation overt (Dr. Lofty Basta, Israel Hayom) Marrying Israel’s know-how, experience, and innovation with Egypt’s abundant manpower and its hunger to excel after generations of decline and a looming water crisis, promises to bear fruit for both countries.
Most Israelis Don’t Serve in the Army, but It’s Still the Right Solution, for Now (Meirav Arlosoroff, Haaretz+) Israeli economists insist that the switch by the rest of the West to a professional army isn't a model for Israel because of the threats it faces. Part 2 of a series.
Funding illegal Palestinian settlements: Confronting history (Edwin Black, Israel Hayom) In the past half-decade, illegal Palestinian building and infrastructure have sprawled across more than 9,000 dunams (9 square kilometers) in 250 locations with access roads, retaining walls, and terracing.
Bret Stephens Is More Like Donald Trump Than You Ever Knew (Jonathan S. Tobin, Haaretz+) If Stephens’ Nazi bedbugs response was gross and cheapened the Holocaust, what about 'Trump is Hitler'? Nasty tweets in 2019 just don’t equal Nazi Germany in 1939.
Get ready for ISIS to make a comeback (Prof. Eyal Zisser, Israel Hayom) As someone once said, reports of the Islamic State's death have been greatly exaggerated. Since it is not only an organization, but an idea – and one that is hard to eradicate – ISIS will likely continue to enjoy widespread popular support.

Elections 2019 Commentary/Analysis:
Darkening Clouds of Suspicion Against Netanyahu (Haaretz Editorial) From the recordings broadcast by Channel 13 News it clearly emerges that Prime Minister Benjamin Netanyahu continued to deal with the communications market even after he resigned as communications minister. The resignation came in response to a petition to the High Court of Justice by the opposition leader at the time, Isaac Herzog; Herzog justifiably claimed that Netanyahu couldn’t serve as communications minister when the police were investigating his actions in that capacity.
Israelis must vote despite their political ennui (Amihai Attali, Yedioth/Ynet) The political process should remain largely unseen by the public, but since the curtain has been raised and the ugly truth revealed, a lack of engagement could open the door to extremist parties having power in the Knesset.
Netanyahu Is Targeting Israel's Media, but It Should Still Do Some Soul-searching (Zvi Bar'el, Haaretz+) What exactly is freaking out Israel’s media and gatekeepers? Benjamin Netanyahu isn’t the first and won’t be the last leader to see the media as a terror group that harms democracy. Until a few months ago there were people, mainly on the left, who feared a takeover of government institutions by the far right. To block this, they went so far as to support a unity government with Likud, even if Netanyahu remained prime minister, solely to prevent racists from entering the Knesset and cabinet. They viewed the struggle against Netanyahu as a dangerous deviation from the notion of protecting democracy, or what remains of it. Completely befuddled, the leftists of the right and the rightists of the left believed that it was within their power to block the gallop by the pretrial transgressor if only they offered him an enlightened, liberal, anti-religious coalition, one that would tempt him to remember the fundamentals of democracy. They still believe that this is the way to extricate Israel from the quicksand that Netanyahu has sunk it in. Some of them are now clinging to Avigdor Lieberman as the last chance; someone who will force Netanyahu to establish a unity government. But in rare flashes of common sense they know that Netanyahu’s aim isn’t the salvation of freedom of expression, human rights, freedom from religion or heaven forfend a peace process. The bully needs soldiers who will stop the judicial system. The media needn’t be insulted or scream as if someone had stomped on its blister-stricken toe. Its hysterical reaction shows that most media outlets have done their job. The only soul-searching it needs is to examine why Netanyahu’s arrows have been aimed solely at Channel 12; that is, which of the media outlets aren’t abiding by democracy’s criteria and are instead serving as the state propaganda ministry.
Dangerous bedfellows (Yossi Beilin, Israel Hayom) Moshe Feiglin is a serial lawbreaker, and PM Netanyahu welcoming him into the establishment sends people like Feiglin the message that anything goes.
14 Days to Go: The 9 Factors That Will Decide the Israeli Election (Anshel Pfeffer, Haaretz+)  Netanyahu is pushing on all fronts to make his Likud party the largest on the September 17 vote. But the main threat comes from a former ally, not Benny Gantz.
The Netanyahu trap (Ben Dror Yemini, Yedioth/Ynet) The prime minister has managed to turn the tables on the media and make himself the focal point of the upcoming Knesset elections in place of any substantive debate; but that does not mean he is wrong when he says that he has been the victim of a witch hunt propelled in part by the press.
Gantz’s Sleeper Campaign Could Be the Secret Weapon That Fells Netanyahu (Chemi Shalev, Haaretz+)  Give the prime minister enough rope, so the logic goes, and he could wind up hanging himself.
Prepared for APN by Orly Halpern, independent freelance journalist based in Jerusalem.
comments powered by Disqus