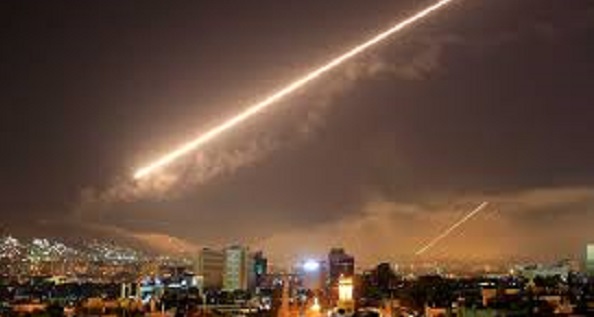 You Must Be Kidding #1:
“I really asked my staff, and they all said that you looked pleasant and gentle and that you are surely a good dentist but everyone thought that this way, with the head covering, it wouldn’t work for us in the clinic … even if we would make you appointments and fill the schedule … people wouldn’t want … there would be a lot of problems with this … We’d have a lot of problems, which wouldn’t be justified, but we’d have problems with this. So you know, I’m left with the sympathy and the good intentions but I can’t fulfill them … I can’t fulfill it under these conditions.”
—Director of dental clinic tells Arab dentist who wears a Muslim headscarf why she didn’t get the job. He was fined.*
You Must Be Kidding #2:
"When it comes to the suspects who are in custody, who don't see their family, who are under psychological pressure that is suitable for use by the Shin Bet investigations - we are in trouble. This is how evidence is obtained? Is that the way?"
--Yedioth senior commentator Ben-Dror Yemini argues that the psychological methods used by the Shin Bet interrogators for obtaining testimony (ostensibly from Palestinians) are unsuitable for use not by the Shin Bet - in other words, that Jewish Israelis should not be interrogated the way that Palestinians are by the Shin Bet But he expresses no problem with those methods being used on Palestinians.**

Breaking News:
Iranian militias in Syria launch failed missile strike against Israel after 18 people were killed in an aerial attack by an unidentified aircraft on Iranian targets in Syria near the Iraq border. (Israel Hayom and Ynet)
Front Page:
Haaretz
Yedioth Ahronoth
Maariv This Week (Hebrew links only)
Israel Hayom

Top News Summary:
Today’s big story was all about the Camera Law pushed by Israeli Prime Minister Binyamin Netanyahu’s Likud party to place cameras in polling stations and which the government cabinet approved yesterday for fast-track legislation. Netanyahu told the cabinet that the law will permit monitors to use cellphone cameras to record outside the voting booths themselves. After the cabinet gave initial approval to the law, a Likud minister suspended the rules and arranged for it to go for a reading today, instead of after 45 days. Netanyahu has made voter fraud a key issue in his campaign and has suggested that the Arab voters will vote fraudulently and could ‘steal the election’ from him in this close race. Haaretz+ reported that the law would let Israeli parties retain footage of voters filmed for their own database and to record their conversations both inside and outside the polls. Israeli President Reuven Rivlin sharply criticized the government after the initial approval of the law and defended the top  legal officials, who have faced attacks from the right-wing for their opposition. “I support the members of the Central Elections Committee led by Supreme Court Deputy Chief Justice Hanan Melcer and Attorney General Avichai Mandelblit in the face of baseless and irresponsible political attacks they are experiencing,” Rivlin tweeted. “I reject with disgust the attempts to erode public trust in these bodies and institutions.” The Knesset legal advisor also joined the legal opposition to the law, stating that it "gives a significant advantage to one party over the other and creates fear that it will deter voters.” he declared it unconstitutional at this time. (Ynet Hebrew and Israel Hayom Hebrew) Nevertheless, the vote in the Knesset went forward today. Former Likud minister Dan Meridor attacked his party for seeking to hastily pass the camera bill a week before elections. “Today’s Likud is the exact opposite of what it always was: It was a stately party that maintained the rule of law, and today it is doing the opposite,” he told 103FM. He said the party was ‘losing its way and its integrity.’ (Also Maariv) Yamina party leader and former justice minister Ayelet Shaked dismissed the Camera bill as a Likud campaigning effort. However, Chairman of Yisrael Beiteinu, Avigdor Lieberman, switched sides Sunday and said his party will now support the Cameras bill. He also accused the Likud of being in “complete coordination with the Joint List.” (Maariv)

MONDAY UPDATE: Lieberman changed his mind again and said he oppose the camera bill and the Camera bill did not pass the first reading today in the Knesset - signifying a great failure for the Likud party. (Also Maariv)

Features:
The manager will expropriate lands, the Palestinians will appeal to the High Court
Will the Tunnel Road Project be stopped? Palestinians will appeal to the High Court after the Civil Administration has issued land expropriation orders in favor of upgrading and widening the road leading from Jerusalem to communities [i.e. settlements - OH] in Gush Etzion (West Bank). The confiscation orders were issued for 11 dunams belonging to the Palestinians, residents of nearby villages including al-Khader and Beit Jala. The orders will take effect within 60 days when the opposition to confiscation can be filed, and immediately after this date the works can be implemented. "These are our lands and they are simply stealing them," the landowners raged. According to the Palestinians, the expropriation is meant to (facilitate the) annexation of the settlement areas in Gush Etzion to Jerusalem. "These areas have our water, our livelihood. We will fight this decision as much as we can." The landowners will be offered financial compensation, but nonetheless the Palestinians intend to file objections because they claim it is a large agricultural area used for their livelihoods and living. The appeal to the High Court will significantly delay the project. (Elisha Ben-Kimon, Yedioth Hebrew)
Ancient Tablets May Reveal What Destroyed Minoan Civilization
The Minoans and their capital Knossos weren’t incinerated by volcanic blast from Thera or flattened by quake as thought, but tellingly: their writing system changed. (Philippe Bohstrom, Haaretz+)
From Syria to Iraq: Fighting to try ISIS terrorists like Nazi war criminals
Hundreds of Europeans who joined ISIS are currently being detained in Iraqi and Syrian prisons, their homelands seemingly reluctant to bring them back. However, there is no shortage of ideas on where and how to bring them to justice
Wilson Fache and Stéphane Kenech, Haaretz+)

Commentary/Analysis:
Violence and lies of police operation in East Jerusalem (Eyal Hareuveni, Yedioth/Ynet) It is the officers from the Border Police and Special Patrol Unit who instigate the violence in Issawiyah, going there in the evening and at night, looking for opportunities to practice the repertoire of occupation and oppression warfare
Greenblatt's resignation has proven that the chances that the Deal of the Century will be accepted are zero (Shlomo Shamir, Maariv) The resignation of the envoy of the White House to the Middle East was interpreted by UN ambassadors in New York as confirmation of common assessment among them regarding the chances of the US program being successful.
New Dershowitz memoir a must-read for Israel advocates (James Sinkinson, Israel Hayom) From the aliyah of Soviet Jewry to the new anti-Semitism, Alan Dershowitz’s “Defending Israel: The Story of My Relationship with My Most Challenging Client” is almost a history of Zionism.
Presenting the new series: "Our Good Boys" (Dror Raphael, Maariv)  The series "Our Boys" was produced by Keshet productions for HBO and is based on the summer events of 2014. It opens with the murder of the three Jewish youth (in the first episode), but chooses to focus on the murder of Muhammad Abu Khdeir by Jews (in the rest of the episodes). With the broadcast of the series on Israeli cable and satellite networks, the right-wingers criticized it and its creators, calling it a “Hasabara terror attack" (Yair Netanyahu), a "strategic attack" (Galit Distell), "a psychological sham” (Noam Fathi) and more. The prime minister called the series "anti-Semitic" and recommended boycotting Keshet. In the face of the protest over the film series “Our Boys" and in order that we may return to being one people - there is no escape from balancing the series with an alternative truth. [Writer then describes in satire the murder of Abu Khdeir as if the boy drank gasoline voluntarily on his own and caught on fire when trying to smoke a cigarette and as if the two Jewish guys were in the forest, and didn’t set him on fire as really happened, but just happened upon a fire and decided to call the firefighters. - OH]

Interviews:
Shaked: Otzma Yehudit should drop out of election
Yamina leader tells i24NEWS and Israel Hayom Editor-in-Chief Boaz Bismuth that polls are no indication of what will happen on Sept. 17. In addition, Shaked says Israel has a "big opportunity" to annex Area C while US President Donald Trump is still in office. (Interviewed by  i24NEWS/Israel Hayom)

"Israel is a fragile thing": The man who saw everything breaks his silence and fears for the future of the country
His uncle helped, among other things, to recruit a Soviet diplomat, he commanded the "Tempo" post, and served as Yigal Alon's assistant. And as a reporter, he was the first to arrive at the scene of Bashir Jumail's assassination. (Interviewed by Yossi Melman in Maariv)

Are you a patriot?
"Define me as you like. They say patriotism is the refuge of the villain, so maybe I should say I love Israel. Maybe I'm a dinosaur. But I'm afraid of Israel's fate. Israel is fragile. The US can afford a president who is a failure, and it had them: Hoover, Carter, Obama and now Trump. Israel cannot afford this luxury. If the prime minister deals with himself and not the state of affairs, then there is a serious problem. "
Who will you vote for in the next election?
"I don't know yet. Maybe for Avigdor Lieberman because of his stand on religion and state and his security approach. I've always been security-minded. In the Middle East there is a rule - if someone slaps you, you have to kick back. I don't know who was right in the historic debate between David Ben-Gurion and Moshe Sharett. Maybe Sharett. But even though the Palestinian problem is not solved, the fact is that the Arab world has opened up to us because of interests and not morality and justice. I have a feeling that the Palestinians do not want a state. For a hundred years, they are struggling and failing to establish even a body like the Jewish Agency.”