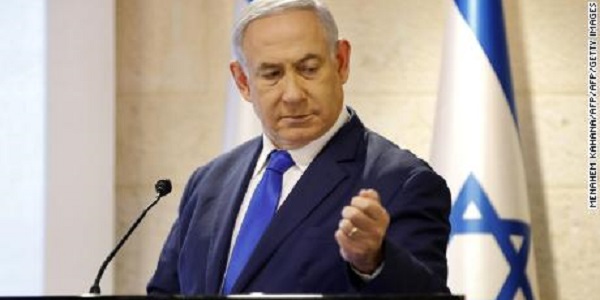 Quote of the day:
"Zionism began even before the establishment of the state, and demanded sovereignty and a national home for the Jewish people in its historical land. And now we are the most sovereign and the most nationalist in the most historic country, ours, but wait a moment, it's also the Arabs'."
--Poet and author, Yonatan Geffen, writes in Yedioth Ahronoth why he's voting for the Joint List.*
You Must Be Kidding:
"You are leading a double life.”
A husband asked for a divorce from his wife, accusing her of infidelity, after he discovered she had decided to vote for Avigdor Lieberman’s Yisrael Beiteinu party and not Israeli Prime Minister Binyamin Netanyahu's Likud party. he accused. **
Front Page:
Haaretz
Yedioth Ahronoth
Maariv This Week
Israel Hayom


Top Election News Summary:
The Hebrew newspapers printed Monday, a day before elections were more concerned by the fact that Israeli Prime Minister Binyamin Netanyahu didn’t show up to his rally in Bat-Yam Sunday night than they were in the fact that he got his government to legalize the establishment of an new settlement near the West Bank city of Jericho.

The Likud party claimed that Netanyahu had received in-depth research that suggested he might lose the elections, so he canceled his Bat-Yam rally and held an “emergency meeting" instead. But Maariv wasn’t convinced that it wasn’t another ploy to wake-up right-wing voters and cause them to go vote for him. “Pressure or spin?” asked the Maariv headline. (Yedioth Hebrew)

Earlier in the day Netanyahu’s ministerial cabinet held its final cabinet meeting in the Jordan Beqaa Valley [West Bank], which Netanyahu already declared he would annex if elected, and voted approval to establish ‘Jericho Foothills’ settlement. That was after the attorney general published a legal opinion opposing the move.

Also Sunday, the ultra-Orthodox held a massive rally Sunday and protested that Kahol-Lavan co-leader, Yair Lapid, and Yisrael Beiteinu Chairman, Avigdor Lieberman, rejected the ultra-Orthodox community because they said they would not make a government with them. And then today, Tuesday, Netanyahu vowed to annex the Hebron settlement, Kiryat Arba, and parts of the city of Hebron where there are Jewish settlement enclaves.

Features:
Israel’s War of Attrition on a Christian Palestinian Town
An Israeli outpost has been established in the middle of a World Heritage site, igniting mutual suspicions among the local people. Small wonder a recent protest did so poorly. (Amira Hass, Haaretz+)
How Reem Kassis Became the International Face of Palestinian Cuisine
'I swore I would never go into the kitchen and would be a career woman, and in the end I found myself writing a cookbook,' says the author of 'The Palestinian Table. (Ronit Vered, Haaretz+)
In Search of the Markers That Once Outlined the Mideast
Haaretz retraces the pillars that set out the borders of Palestine, Transjordan, Lebanon and Syria after World War I. (Haaretz+)

Commentary/Analysis:
HBO's ‘Our Boys’ Forces Israelis to Look in the Mirror (Eva Illouz, Haaretz+) Realism was an offensive artistic movement because it wanted to show reality as it was, without disguise. “Frankness,” “directness,” “flatness,” were the common insults hurled at a painting. People were furious not to be able to bask in the greatness and glory of the subject. Olympia was paradigmatic of a recurring feature of culture. Every time an artist or scholar de-mythifies (and demystifies) someone or something, s/he can be sure “insults will rain.” The new series produced by HBO-Keshet, “Our Boys,” has had the same effect: insults do not stop raining. The series reconstitutes in a fictional mode the murder of Mohammed Abu Khdeir, the Palestinian youngster who in the summer of 2014 was abducted, killed and burned [alive - OH] by three religious Jews. (The mastermind of the murder lived in the West Bank settlement of Adam.)
The movie about Yigal Amir: We didn't do the soul searching, the next murder is around the corner (Nurit Cannetti, Maariv) Watching the movie “Terrible Days,” shortly before the election, shows that another murder of a prime minister could happen today, partly because of a lack of soul-searching.
The maverick state of Qatar (Neville Telle, Israel Hayom) The "wild card of the Middle East” persists in going its own sweet way: It backs Islamists while offering itself as a key US ally, has built and severed ties with Israel several times, pours millions into Gaza, and has a thriving economy despite a blockade by other Sunni states.
Hamas knows another war is coming, with or without Netanyahu (Daniel Siryoti, Israel Hayom) Gaza's terrorist groups are certain that another major flare-up will take place after the election, but the question is for how long and on what scale.
Iran will still exist the day after Israel's elections (Amos Yadlin, Yedioth/Ynet) The country's leadership, whoever it ends up being, must ensure that it is not sidelined by the United States whether it enters into negotiations with Tehran or is dealing with a revived and accelerated Iranian nuclear program.
Only Trump Can Call Sisi His 'Favorite Dictator' (Zvi Bar'el, Haaretz+) President Donald Trump's ties with President Abdel Fattah al-Sissi seem to gloss over Egypt's suppression of political critics and human rights activists.
Boltonism must not disappear (Melanie Phillips, Israel Hayom) In the wake of the national security adviser’s departure, members of the Trump administration have been at pains to stress that there will be no letup in America’s policy of reimposing sanctions on Iran.
Attack on Saudi Oil Facilities: The War Is in Yemen, the Solution Is in Washington (Zvi Bar'el, Haaretz+) This is no longer a local conflict that developed into a proxy war; it is an international struggle for prestige and influence in a country that is very similar to Afghanistan.

Interviews:
Netanyahu: The war in Gaza is just a matter of time
In a special pre-election interview, Prime Minister Benjamin Netanyahu says he thinks US President Trump will keep up pressure on Iran and tears into the Left's "sophisticated" control of the Israeli media. (Interviewed by  Amnon Lord in Friday’s Israel Hayom)

Israeli Star of HBO's 'Our Boys' Explains Why You Have to Watch the Show
'It’s hard for me to be in a place where there is little Palestinian creativity,' says Shlomi Elkabetz, who plays a Shin Bet security service investigator in HBO's controversial series which managed to anger Israel's prime minister. (Interviewed by Moran Sharir in Haaretz+)