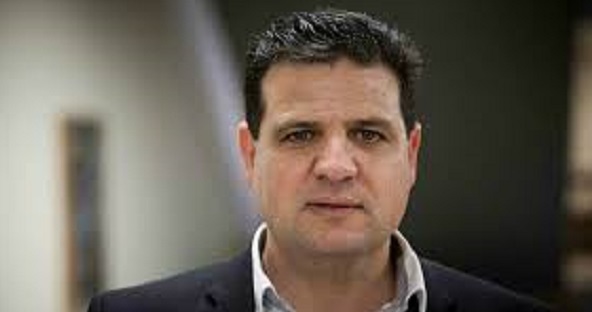 Quote of the day:
"Listen Abu Yair, incitement has a price."
--Following a high turnout of Arab voters and 12 seats for his party, Ayman Odeh, leader of the mostly Arab Joint List, rebuked Prime Minister Binyamin Netanyahu, the father of Yair, for all his election campaign incitement against Arab citizens.**
Front Page:
Haaretz
Yedioth Ahronoth
Maariv This Week (Hebrew links only)
Israel Hayom

Top News Summary:
The papers were printed after waiting till 2:00AM; that was when the updated poll results declared that Israeli Prime Minister Binyamin Netanyahu had lost - both his party and his right-wing bloc without Avigdor Lieberman were both smaller than Benny Gantz’s Kahol-Lavan party and the center-left bloc.

Nevertheless, neither party could cobble together a coalition government without Avigdor Lieberman’s Yisrael Beiteinu party and Lieberman insisted he would only join a unity government with both the Likud and Kahol-Lavan - and without the ultra-Orthodox parties and the extremist nationalist religious parties and the Arabs. But Kahol-Lavan said they would not sit in a government with Netanyahu leading it due to the corruption cases against him. So the results showed a political quagmire. By this afternoon, the updated vote count revealed that the poll results late last night were partially wrong. After 91% of all the votes were counted, Kahol-Lavan had one more seat than Likud, but Likud had a larger bloc. Nevertheless, neither had an outright majority so Netanyahu faces the same problem as he did five months ago: without either Kahol-Lavan or both Lieberman and the ultra-Orthodox parties he can’t form a coalition and Lieberman insists on a unity government with Kahol-Lavan. All the votes will be counted by Thursday afternoon, but that won’t solve the riddle of who will be prime minister. And the hopes are that this time, President Reuven Rivlin will be more pro-active in making the leaders form a government.

But in short, the Kahanists (Otzma Yehudit) are out, both the left-wing parties, Labor-Gesher and Democratic Camp are in, and the mostly-Arab Joint List did quite well.

Commentary/Analysis:
How Israel Will Prevent Trump Appeasing Iran (Yossi Mansharof and Jason M. Brodsky, Haaretz+) Despite Iran’s role in the Saudi attack, there’s still speculation that presidents Trump and Rohani may meet, perhaps this week. Even a tentative rapprochement would severely strain Israel’s close ties with the White House.
The Washington Post smears Israel (Sean Durns, Israel Hayom) Regrettably for both Israelis and Palestinians, the paper doesn’t consider Palestinian illiberalism – embodied by Mahmoud Abbas, who’s serving the 15th year of a four-year term – to be worth column space.