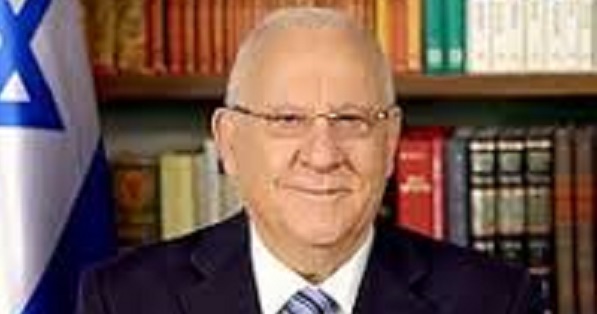 You Must Be Kidding:
The town of Mevasseret Zion is going ahead with plans to build a cemetery for its residents across the Green Line, even though the army is making this conditional on having armed civilian security guards at every funeral to be held there.**
Front Page:
Haaretz
Yedioth Ahronoth
Maariv This Week (Hebrew links)
Israel Hayom

Elections 2019 TOP NEWS:
Post-election moves ahead of the formation of a coalition government were top stories in today’s Hebrew newspapers. A ‘summit’ at the President’s Residence was held with Prime Minister and Likud Chairman Binyamin Netanyahu and Kahol-Lavan Chairman Benny Gantz with a promise for a meeting between the party coalition negotiators the following day. The papers noted that while Netanyahu was all smiles and promises of holding discussions on the “unity of Israel,” he afterward announced what seemed to political commentators a rejection of his interest in a unity government when he said he was “committed to the right-wing bloc,” which included the ultra-Orthodox parties that refuse to sit in a government with Kahol-Lavan. Yedioth (Hebrew) called it a ‘bloc that blocks unity.’ It’s not clear who the President will give the job of forming a coalition government to, particularly after the three Balad party members of the Joint List (which is made up of four mostly-Arab parties) said they don’t join the Joint List’s recommendation of Gantz. That gives Netanyahu one more recommendation than Gantz to form the government, while Gantz’s party has more seats. Haaretz+ reported that some sources in Balad suggested that their letter dissociating from the Gantz recommendation was written with the agreement of the other leaders of the Joint List, Ayman Odeh and Ahmed Tibi, and with Kahol Lavan’s agreement, so that the President would give Netanyahu the first chance to form a government. Yedioth has reported that Kahol-Lavan thinks that Netanyahu will fail, after which senior Likud members would push Netanyahu to leave the party leadership or they would join Kahol-Lavan. But Odeh, Tibi and Kahol-Lavan  denied any such collusion. Meanwhile, Likud member and Netanyahu loyalist, David Bitan, suggested that a rotation unity government be made with Netanyahu serving for the first year as prime minister, followed by Gantz for two years and then Netanyahu for the fourth and final year of the term. (Israel Hayom Hebrew).

Yisrael Beiteinu Chairman and kingmaker, Avigdor Lieberman, met with Gantz after which he said that debate with Netanyahu is about who will serve first.” Interestingly, Lieberman promised to Speaker of the Knesset, Yul Edelstein of Likud, that he would not support Edelstein’s ouster as Speaker of Knesset, which Kahol-Lavan is reportedly wants to do immediately after the inauguration of the 22nd Knesset. (Maariv) Gantz is finally being recognized by the US administration as a major player in Israeli politics. Yesterday Gantz met with both US Mideast envoy Jason Greenblatt and with US Ambassador to Israel David Friedman [NOTE: In the joint photo published in Maariv, Friedman does not look happy. He’s smirking. - OH] Haaretz wrote that the release of the ‘Deal of the Century’ remains uncertain.

Other Top News:
In other top news, a district court overturned the acquittal of the former Jerusalem chief of police for sex crimes and French President Emanuel Macron is adamant about mediating a meeting between the leaders of the US and Iran on the sidelines of the UN General Assembly (Maariv), despite the attack in Saudi Arabia, which France, Germany and the UK blame on Iran.

Features:
Operation Moses - New owner of Beitar Jerusalem soccer team implements battle plan against the team’s racist and violent ‘La Familia’ fan club
On the eve of a game, which may bring the Beitar Jerusalem soccer team a title after a decade, the confrontation between owner Moshe Hogeg and the team’s La Familia [extremist - OH] fan club comes to a boiling point. Beitar's program to eradicate violence, racism and damage to the club's reputation by the La Familia organization was revealed to Yedioth. Betar Jerusalem yesterday signed a settlement agreement with one of the group's fans, according to which the fan will pay ten thousand shekels and publish an apology post, after disseminating to the teams’ fan WhatsApp group a abusive recording in which he threatened the [new black African player - OH] Ali Muhammad and the club's owners. This is a recent example of Beitar's leadership led by Moshe Hogeg to battle against violence, racism and harm to him and the club's reputation. The program first revealed here a step up in the Beitar campaign against the La Familia fan club. The main message: Any damage to the Beitar’s reputation will lead to an immediate law suit. To combat the negative impact of "La Familia" fan club has, as stated, formulated an action plan aimed at reducing, among other things, the amount of attacks on the owner on social media networks, through lawsuits against incitement and by creating a positive atmosphere around the club. Beitar confirmed this to Yedioth Ahronoth.
1. Employment of a private investigations company
2. Getting La Familia's commitment to accept players from all religions. (It opposes Muslim players.)
3. Closing La Familia’s financial tap. Hogeg no longer allow La Familia to have a product booth at games, which was a financial source for financing the organization's activities. Moreover, in the eastern stands, Hogeg opened a Beitar club booth that brought tens of thousands of shekels in the first few games of the season - amounts that have previously flowed to the La Familia organization. Moreover, smaller fan groups have recently received financial support when it comes to encouraging the team. The closure of the economic tap has forced La Familia members to post on social media networks in an attempt to raise funds. "Since the organization's product booth has been closed by management, the main source of funding for its displays in the eastern part has been taken,” La Familia wrote.
4. Personal law suits against the organization's leaders.
5. Denial of subscriptions (of seats) in the eastern part of the stadium. [NOTE: Eastern galleys at Teddy Stadium are where the most racist and violent fans, those of La Familia, congregate.- OH]
The contingency plan that has not yet been implemented is the removal of organization leaders from Teddy. However, Beitar intends to deny subscription cards from rogue fans, even if the team is exposed to lawsuits. (Nadav Zanzifer, Yedioth Hebrew)

Commentary/Analysis:
The Sunni-U.S. Alliance Against Iran Has Weakened, and Trump Is Partly to Blame (Amos Harel, Haaretz+) It seems the Saudis, too, may no longer want to risk a conflict with Tehran, especially when Trump’s reservations about a military clash are so clear – and Mideast leaders are busy with problems at home.
El-Sissi is close to becoming Mubarak (Itzhak Levanon, Israel Hayom) Human rights has always been the Egyptian regime's Achilles' heel. The Egyptian president will have to terminate draconian legislation based on Shariah law, spearhead judicial reforms, introduce transparency and fight corruption, or the streets will erupt.
'Howdy Modi' Meets Reality: Trump and Modi Celebrate U.S.- India Ties, but Explosive Differences Remain (Rupakjyoti Borah, Haaretz+) Despite the synchronized energy of the Houston mega-event and its 50,000 attendees, and the real progress between the countries, the issues on which Trump and Modi disagree - on trade, Iran, the Taliban and Russian missile systems - aren't minor details at all
Exposing Hezbollah's lies (Yossi Mansharof, Israel Hayom) Israel has an interest in seeing Hezbollah's image in Lebanon continue to erode and for pressure on the organization to increase. The time may have come for Israel to use the information at its disposal in order to remove the mask from the organization terrorizing Lebanon.
The Aramco Fiasco: How Not to Build the New Saudi Arabia (David Rosenberg, Haaretz+) The Saudi crown prince is gonna make you a share offering you can’t refuse — and that’s the start of the problem.
Prepared for APN by Orly Halpern, independent freelance journalist based in Jerusalem.
comments powered by Disqus