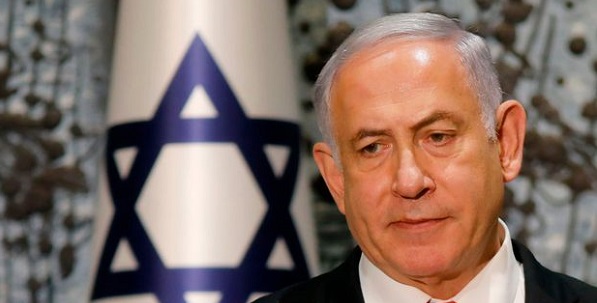 Quote of the day:
"I remind that the Nazis came to power in a democratic way. So we have to be careful among us, be careful that extremists with a messianic view do not take advantage of Israeli democracy in order to create a different governing reality here. "
—MK Yair Golan (Democratic Camp) warned in a radio interview today.*
Front Page:
Haaretz
Yedioth Ahronoth
Maariv This Week (Hebrew links only)
Israel Hayom


Top News Summary:
Israeli Prime Minister Binyamin Netanyahu announced a meeting with his opponent, MK Avigdor Lieberman, to try to solve the political entanglement, while his attorneys attended the beginning of the hearing at the Justice Ministry to convince the Attorney General and State Prosecutors not to prosecute Netanyahu for bribery - making top stories in the Hebrew newspapers, alongside the general strike in the Arab sector of Israel in protest over what they say is lax attempts by the police in dealing with the rampant violence and numerous illegal weapons.

After months of no communication and with unity talks with Kahol-Lavan in a deadlock, Netanyahu announced he's holding a meeting today with political kingmaker, MK Avigdor Lieberman, who said that if a breakthrough in forming a government isn’t reached by Yom Kippur his party will make its own proposal. (Also Maariv.)

Netanyahu also convened his right-wing bloc, where two of his partners, Yamina and Yehadut Hatorah, refused to pledge to support for him if Gantz fails to form a government and elections need to be called again.

On Friday, the 120 members of the 22nd Knesset will be sworn-in, but it’s unclear to anyone how long it will be active. If the politicians don’t succeed in forming a coalition, the country will go to a third round of elections. The new Knesset will have only 28 women, after a record number of 37 served in the 20th Knesset. All 13 lawmakers from the Joint List, an alliance of four Arab parties, are boycotting the opening ceremony, as a gesture of protest against the wave of murders and violence" and what Arab Israeli leaders call a lax police response to the problem.

Meanwhile, his lawyers sat across from the Attorney General and a team from the State Prosecutors office for 11 hours to convince them that Netanyahu has committed no wrongdoing in his three pending corruption cases or at least to convince them not to prosecute Netanyahu for bribery. ‘Israel Hayom’ newspaper reported that things were going well: “The attorney general is listening to us.” The hearing continues for the next three days. (Also Yedioth Hebrew and Maariv) Today (Thursday) Knesset Speaker Yuli Edelstein (Likud) told Army Radio that Netanyahu agreed that if he were indicted, he would take a temporary leave of absence, giving Kahol Lavan leader Benny Gantz expanded powers of authority.

*Yair Golan: "The Nazis came to power democratically, so be careful about extremists among us exploiting democracy." Former IDF deputy chief of staff and present MK, Yair Golan, who is number 3 in the Democratic Camp, said in an interview on Radio South 101.5FM Thursday morning: "I remind that the Nazis came to power in a democratic way. So we have to be careful among us, be careful that extremists with a messianic view do not take advantage of Israeli democracy in order to create a different governing reality here, he said. “I am warning everyone about the radical right. During my many years of service I faced the most difficult elements of violent right-wingers aimed at IDF soldiers. The right is dangerous – to the rule of law, to the survival of Israel, to democracy. The right preaches things that are not part of the democratic process, it sometimes uses democracy to harm democracy. We must be careful of it.” (Hamodia and Maariv)

Features:
This Sweet Palestinian Food Finally Taught Israelis How to Wait in Line
Once the delicacy was as pedestrian as it gets, now you might have to patiently await your turn for some salty-sweet succor. (Moshe Gilad, Haaretz+)

Commentary/Analysis:
The Terrible Danger Stalking Israel – and Why Israelis Can't Fight It (Edan Ring, Haaretz+) 'Post-truth' disinformation and incitement against minorities, journalists and political rivals: They're not exclusive to Israel, but Israeli Jews are particularly susceptible. This is why – and how that vulnerability could turn violent.
Be Quiet, We're Torturing (Zehava Galon, Haaretz+) Judging by the events of the last few days, the Bus 300 affair would never happen nowadays. True, the terrorists who hijacked that bus in 1984 would still wind up murdered after their capture, but no public uproar would ensue over it. The journalists who uncovered that affair would have been too busy covering negotiations to form a governing coalition. Others would have said this was exactly how the hijacking should have ended.
Uncompromising Investigation Into Shin Bet Torture Allegations Is Needed (Haaretz Editorial)  In 1987, the Landau Commission coined the term “moderate physical pressure” to define the limits of the permission to use force. In the “torture ruling” of 1999, the High Court said that the use of force was forbidden under any circumstances. Nevertheless, it added, investigators could cite “the defense of necessity” to try to justify the use of torture after the fact. Samer Arbid, a suspect in the murder of Rina Shnerb, was arrested, interrogated and hospitalized in critical condition. According to his lawyers, he was beaten by the soldiers who arrested him and then tortured during his interrogation in a way that caused bones to be broken in his chest and a loss of consciousness. The initial explanation was that there was an urgent need to extract additional information from Arbid due to fears that he had planned additional terror attacks that might be on the verge of being committed, especially given that some of his partners in the murder hadn’t yet been arrested. This explanation was meant to provide grounds for a claim of necessity. The loopholes left by the Landau Commission and the torture ruling have apparently allowed the Shin Bet to conduct interrogations that deviate from these limits. The fact that interrogation tactics remain hidden, given the absence of cameras or other forms of documentation, has frequently helped the Shin Bet avoid judicial and public criticism. Arbid’s case requires a meticulous, uncompromising investigation not only into the circumstances of his interrogation, but into the use of torture as a tactic. Such an investigation must also scrutinize the supervisory mechanisms, the procedures for granting permission to use force and the degree of compliance with the law. Finally, such an investigation mustn’t end with an internal inquiry by the Shin Bet; it must be transparent and credible.
Shin Bet Tortured a Suspected Murderer, but It's Israel's Conscience That Is Sedated (Gideon Levy, Haaretz+) This is what Akiva Novick, the parliamentary reporter for Channel 13 news, tweeted in response to Haaretz’s report that the head of the cell suspected of murdering Rina Shnerb was hospitalized in critical condition after being interrogated by the Shin Bet security service: “You say this as if it were a bad thing.” And this is what Ben-Zion Gopstein, founder of the right-wing organization Lehava, tweeted: “Every terrorist needs to be interrogated to extract all his information, and after that, the sentence is death. It doesn’t matter if he succeeded or only tried [to commit an attack].”  Their broken Hebrew isn’t the only thing they have in common. There are also no ideological differences between the ostensibly decent political reporter and the despised activist. What Gopstein says crudely, Novick says with the eloquence typical of his genre. But the venom he diffuses is far more deadly. And yet, Gopstein is the one who’s considered extreme and illegitimate.
The new Israeli conservatism (Dr. Limor Samimian-Darash, Israel Hayom) It appears that in Israel, the bodies that are supposed to serve as the guardians of our country's institutions are now focusing their efforts not on critiquing, but protecting the centers of power.
Anti-Iran Alliance Falters as Netanyahu, Trump and MBS Focus on Their Own Predicaments (Amos Harel, Haaretz+) A year and half after Trump pulled out from the nuclear accord, the U.S. president is courting Rohani, Netanyahu is entangled in his legal woes and the Saudi crown prince is leading a feeble policy.
Putin is not Israel's savior in the Middle East (Ksenia Svetlova, Yedioth/Ynet) Russia is taking advantage a lack of American policy in the region, but Jerusalem must appreciate that Moscow has more plans for the Mideast beyond Syria even as it has no choice but to continue cooperation.
Compare and Contrast: Trump’s Ukraine Train Wreck vs. Netanyahu’s Corruption Quagmire (Chemi Shalev, Haaretz+) Both have run afoul of the law and both are fighting for their lives by inciting hate, sowing division, bucking the system and undermining democracy.
The violence starts at home (Ali Adi, Israel Hayom) Arab society must make a fateful, but easy, decision to turn its back on the deeply ingrained tradition of violence and the black market of justice in the form of "sulha."
Fleeing from responsibility (Ben-Dror Yemini, Yedioth Hebrew) Instead of cooperating with police to combat violence in the Arab sector, Arab leaders are protesting against the police.
Sissi's 'Jewish mom': Rare Egypt protests chip at leader's iron hold on power (Zvi Bar'el, Haaretz+) It seems unlikely Egypt will witness demonstrations like those of January 2011 anytime soon. But conditions are becoming more and more like at the end of Mubarak's reign.

Elections 2019 Commentary/Analysis:
Netanyahu’s Band of Trolls (Uri Misgav, Haaretz) With the opening of the festival of the prime minister’s hearings, here’s a warning: Preliminary indications show that the suspect and his minions don’t intend to conduct a serious legal proceeding, but rather to stage a media circus. Accompanying this circus with deafening background noise are the trolls from the right. “Troll” is a term for a professional provocateur. His primary art is to heat up discussions by raising outrageous arguments and making “shocking” statements. That others even address his nonsense is an achievement, because it allows attention to be diverted from the main, substantive issue to the marginal and false.
The unbearable cost of unity (Gidon Ben-Zvi, Israel Hayom) Even seasoned observers are intoxicated by the appeal of a national unity government. But this is a recipe for paralysis at a time when bold changes are needed to relieve the heavy financial burden carried by working Israelis.
On the Road to Unity: The right-wing is at the North Pole, the left-wing at the South, and both are frozen in place (Ran Edelist, Maariv) The collective effort to send messages of unity is nothing more than a masquerade. There is only one thing that unites all parties: almost everyone enjoys watching Bibi palpitate.
With a Sword at His Throat, Third Election Is No Big Deal for Netanyahu (Yossi Klein, Haaretz+) A third election is superfluous? Of course it is. Netanyahu’s visit to Ukraine in August was superfluous and the nation-state law is superfluous and the official plane is superfluous, but keeping a suspect out of court and out of prison takes money. When he’s the prime minister, it takes more. Over 2 million voters (“the bloc” and Avigdor Lieberman) voted for Bibi to remain in office. They hope it will happen now, and if not now, then next time. They’re told that each election day costs 5 billion shekels ($1.43 billion), and they reply, so what? After all, three submarines cost more and nobody makes a big deal of it.
A solution to the impasse depends on Netanyahu and Gantz (Gideon Allon, Israel Hayom) If the law to elect the prime minister through a direct vote were still in effect, we wouldn't be witnessing the current mess, which threatens to force a third election in less than a year.

Interviews:
What Got This Palestinian-Israeli 'Fauda' Star Finally Interested in Politics
Actress and reality star Luna Mansour says Israelis and Palestinians should avoid black and white – and take ‘the gray path, where the human being is accepted.’ (Interviewed by Itay Stern in Haaretz+)