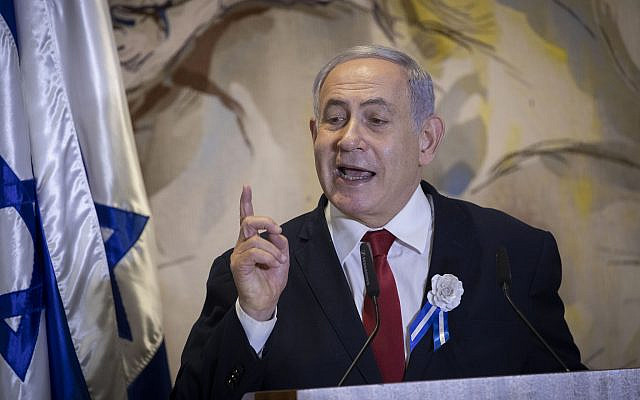 Quote of the Day #1:
"I'm afraid of being a victim, but no less, I'm afraid of being a simple witness. And so, and because my life has turned into a nightmare, I'm on strike today and will probably have to go a bit wild and join some sort of road blocking act, hoping that our raging protest will have a place in some news release, which Minister of Public Security, Gilad Erdan, will happen to hear. When you hear the same news broadcast about Arab rioters blocking roads, please remember the justified protest of Ethiopian immigrants in the summer, remember that then there was not a single victim, and we demand similar treatment."
--Amjad Shavita, managing co-director of Sikkuy - The Association for the Advancement of Civic Equality, wrote in an Op-Ed, why he no longer walks his daughter to kindergarten.*
You Must Be Kidding:
“We are in luck that the Arabs boycotted the opening ceremony of the 22nd Knesset. They would have shot into the air to express happiness/sadness/their protest/ because that's their habit, and then, of course, blame the police."
--Far-right-wing, racist religious settler Transportation Minister, Bezalel Smotrich, wrote on Twitter, after the Arab MKs boycotted the ceremony as a gesture of protest against the violent crime in Arab society, which they call on the government to eliminate.*


Top News Summary:
Israeli Prime Minister Binyamin Netanyahu’s reverse move to keep himself at the head of the Likud party and the continuation of the hearing into his corruption cases were the top stories in the Hebrew newspapers, with the exception of Yedioth which spent its first five pages on the Thursday night murder of a Jewish Israeli woman by her husband. Maariv and Haaretz+ however, gave precedence to the continued protests by Arab Israelis, who demand the government deal with the rampant crime and violence in their sector.

*Remarkably, the Hebrew newspapers were supportive of the Arab citizens’ protest. Instead of describing the blocking of numerous roads across the country as a crime, the articles noted it matter-of-factly and quoted how some of the thousands of people who attended the protests felt. [NOTE: In the Arab-Israeli protests of October 2000, the Arab citizens also blocked roads. Thirteen protesters were shot dead. - OH] Yedioth (Hebrew) dedicated two pages to the issue with the title “Won’t be silent anymore.”  Haaretz ran a feature titled “It’s Like a War Zone,” in which it interviewed five Arab protesters telling how they live in fear as the Israeli Police fails to fight crime in their communities. Even Israel Hayom newspaper titled its article (the smallest article on the subject of all the major papers), “Thousands demonstrated in the Arab sector: ‘We want personal security.’” The papers also reported, without a tone of threat, that the Arab-Israeli leadership decided to continue with more protests, to open a protest tent outside the government headquarters and even to make a hunger strike. Yedioth (Hebrew) also reported on anger of the police and the state prosecutor's office for the “revolving door of the courts,” which have been giving light sentences to Arab criminals convicted of violent crimes and having weapons in the Arab sector. And it dedicated a fairly large article to the latest incident of violence in the Arab sector, in which a 26-year-old resident of Ibtin village was severely injured after being shot in an Arab neighborhood of Haifa on Saturday. Maariv reported that the Arab-Israeli leadership sees the placing of Border Police forces in Arab communities [meant to tackle local crime - OH] as an attempt to restore the military government [Israel placed Arab citizens under martial law from 1948 till 1966 - OH] and that the leadership demands a comprehensive plan to combat crime in coordination with elected local officials. The leader of the Joint List, Ayman Odeh, called on Jewish Israelis to join their fellow citizens’ protest. But far-right-wing, religious [and racist - OH] settler, Transportation Minister Bezalel Smotrich, attacked Arab lawmakers for being absent from Thursday’s Knesset inauguration as a gesture of protest against the violence and also to attend the first day of protests against violence in Arab society. “We are in luck that the Arabs boycotted the opening ceremony of the 22nd Knesset. They would have shot into the air to express happiness/sadness/their protest/ because that's their habit, and then, of course, blame the police,” he wrote on Twitter. Odeh responded, noting Smotrich’s Messianic settler ideology: “I’m surprised the racist [Smotrich] didn't take our seats and claim God told him they are his."

Elections 2019 News:
Netanyahu canceled his sudden plan for snap Likud party leadership elections, shortly after one of his biggest competitors for the position, Gideon Saar, wrote on Twitter that he was “ready.” Netanyahu had said that holding a primary would 'shatter the illusion of a Likud rebellion.’ Instead he called for the convening of the Likud Central Committee to confirm that he is the leader. Saar wrote that convening the center was not necessary, because “no one disbelieves Netanyahu’s role as the leader.” (Ynet Hebrew)

Also last Thursday, Kahol-Lavan co-leader, Yair Lapid, said he was willing to give up his rotation deal with party co-leader Benny Gantz if it facilitated the formation of a unity government with the Likud party. He also reiterated his call on Netanyahu to step down as Likud leader due to his criminal investigations, allow new party head to emerge. Yisrael Beiteinu chairman and election kingpin, Avigdor Liberman, praised Lapid’s move as 'smart and noble.’

Today the third day of Netanyahu’s hearing takes place and his lawyers got more time to give their arguments on Case 4000 (favorable coverage for Netanyahu and family on Walla website in exchange for legislation that financially benefits Walla’s owner) before giving their arguments for Case 1000 (allegations that Netanyahu and family received illicit gifts from billionaires Arnon Michlan and James Packer) and Case 2000 (favorable coverage for Netanyahu in Yedioth newspaper in exchange for legislation weakening Yedioth’s competitor, ‘Israel Hayom’). (Also Maariv) Saturday night, hundreds of Netanyahu supporters rallied near the Attorney General’s home demanding to stop the "witch hunt" against Netanyahu, Maariv reported.

Features:
A Gazan Blinded by Israeli Navy Gunfire Loses a Final Glimmer of Hope
Seven months after a Gaza fisherman was shot in the eyes by Israeli navy troops and lost his sight, he was finally allowed into Israel for an examination, after repeated refusals. The news was not good. (Gideon Levy, Haaretz+)
Without handshakes and without small talk: this is what the meetings between Israeli and Lebanese army officers look like
"In such a meeting, we are the angry side," explains Brigadier General Erez Meizel, head of the IDF Foreign Relations Division. "I want to hear what they have to say and how they explain Hizbullah's presence.” *Tal Lev-Ram, Maariv)
Sleep Deprivation and a Freezing Cell: A Palestinian Woman Is Interrogated by Israel
The Shin Bet security service tried to make journalist Lama Khater confess to links with Hamas, so for 35 days she was cuffed to a chair for 10 or 20 hours a day. (Amira Hass, Haaretz+)
How Israel Stopped a Third Palestinian Intifada
Ex-Shin Bet cyber chief, Arik Brabbing, describes how the 2015 wave of 'lone wolf' attacks required Israel to think out of the box. An article he published recently with Capt. Or Glick in the IDF journal Bein Haktavim offers an extensive analysis of that tense period, which probably also sheds light on future escalations in the territories. It’s the first comprehensive and declassified publication by an official who had a close-up view of the events. (Amos Harel, Haaretz+)
‘For those who want peace, replacing Zionism is inevitable’
For many Palestinians in the West Bank, the minor shifts in Israeli politics are a long-awaited opportunity to challenge the traditional understanding of the occupation. (Yuval Abraham, +972mag)
The fake Nazi death camp: Wikipedia’s longest hoax, exposed
For over 15 years, false claims that thousands of Poles were gassed to death in Warsaw were presented as fact. Haaretz reveals they are just the tip of an iceberg of a widespread Holocaust distortion operation by Polish nationalists. (Omer Benjakob, Haaretz+ and Times of Israel)

Interviews:
How One Jewish Family Rebuilt Its Life in the U.K. After Egypt Expelled It
This week at the Tel Aviv airport: A British Jew who experienced being a refugee as a boy mulls a move to Israel, and a hasidic Israeli makes a pilgrimage to New York. (Interviewed by Liat Elkayam in Haaretz+)