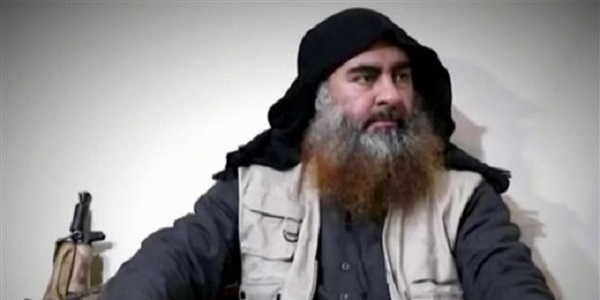 *Israel has given Palestinian photographer Mustafa Al-Kharouf three weeks to change his residence status or leave the country. Al-Kharouf was born in Algeria and has lived in E. Jerusalem since he was 12, he is married to a Palestinian woman and has no other nationality.**
Front Page:
Haaretz
Yedioth Ahronoth
Maariv This Week (Hebrew links only)
Israel Hayom

Top News Summary:
The leader of the Islamic State was killed in Syria, Kahol-Lavan leader Benny Gantz and Likud leader, Prime Minister Binyamin Netanyahu, had a “positive” - but unproductive - meeting and senior Likud people were questioned on suspicion of harassing a state witness in one of the Netanyahu corruption affairs making top stories in the Hebrew newspapers.

The Hebrew papers loved US President Donald Trump’s statement that ISIS leader Abu Bakr al-Baghdadi “died like a dog” and, with the usual exception of Haaretz, they all put it on their front pages. Their commentators, for the most part, agreed that his death was mostly a “symbolic” victory. Maariv reported that two months before his death, Al Baghdadi declared who is his replacement: Abdullah Kardash, a former officer in Saddam Hussein's army and a senior member of ISIS, has been appointed leader. Al-Baghdadi blew himself up, along with two of his wives and three of his children, when he caught by the US forces who had raided his home. The papers shared the details of how the raid played out. Netanyahu congratulated Trump for the killing (essentially a suicide). Haaretz published a ‘Who is Al-Baghdadi.’

Elections 2019 News:
The two leaders of the largest parties held their first meeting together since Gantz was appointed to form a government. But since both want to be prime minister first in a rotation unity government and Gantz wants a broad liberal government, while Netanyahu insisted he would not compromise on all of his ‘Bloc 55,’ the bloc of right-wing and ultra-Orthodox parties that he is representing, they remained stuck in their positions.