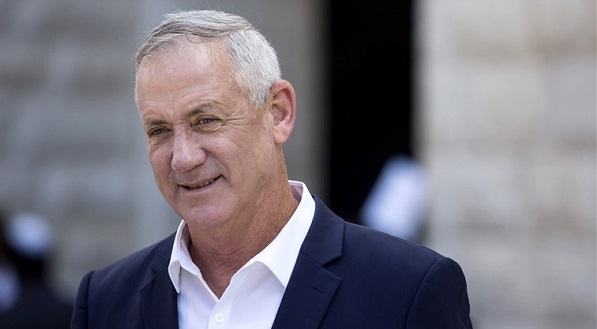 Quote of the day:
"In my opinion, he was the most important person in the illegal immigration campaign from Iraq. I was in all these activities, and without him they would not have succeeded. His contribution to Israel's security and to Zionism is great.”
--Shlomo Hillel, 96, friend and colleague of legendary and controversial Iraqi-Israeli spy, Shmuel Moriya, who died this week at the age of 95.*
Front Page:
Haaretz
Yedioth Ahronoth
Maariv This Week (Hebrew links only)
Israel Hayom


Top News Summary:
Two senior advisors to Prime Minister Binyamin Netanyahu, as well as two senior Likud officials, were questioned by police and their cellular phones were confiscated (which Netanyahu called an “attack on democracy”) after they were found suspicious of harassing a state witness in one of the Netanyahu corruption cases, Netanyahu said that Iran had deployed long-range missiles in Yemen in order to attack Israel, and the director of a pre-military preparatory program and a guide were charged with negligent homicide in the deaths of nine teens.

Also in the news, a US diplomatic delegation visited Israel and for the first time, Trump’s Mideast envoy, Jared Kushner, met with Kahol-Lavan chairman, Benny Gantz. Also visiting Jerusalem, US Treasury Secretary Steven Mnuchin said that the US will ramp up economic pressure on Iran.

Elections 2019 Quickees:
Gantz: "We'll talk to everyone"; Likud: "Blue and White Leads Government to Arabs" - Blue and White Chairman said at the meeting that meeting with Netanyahu was matter-of-fact but without progress. In the meantime, a meeting between him and MK Ayman Odeh will be held this Thursday. (Maariv)
New Likudniks demand unity government: "We are not Gosheniks" - Members of the disputed group among the party call on its leaders to give up on Bloc 55: "Establishing a national unity government led by the Likud is Israel's supreme interest.” (Maariv)
Quick Hits:

Obituary:
*Death of a pioneer of the immigration from Iraq (and of Israel’s great spies -OH) - Shmuel (Sami) Moriya linked his life to Zionism and operated under dangers in order to bring Iraqi Jews to Israel. In 1947, Moriya was one of the organizers of Operation Michaelberg, which opened the campaign for the immigration of Jews of Iraq to Israel, during which 100 immigrants arrived in Israel on a transport plane. Shlomo Hillel, a native of Iraq, who previously served as Minister of Israel and Knesset Speaker, headed the bold, risky operation. That year, Moriya led a convoy of trucks carrying 77 immigrants through the deserts of Iraq. When he immigrated to Israel himself, Shmuel (Sami) Moriya was recruited to the Shin Bet and in 1952 established there the undercover unit of agents disguised as Arabs. Moriya recruited to the unit (Jewish) immigrants from Arab countries. After their training, they were assimilated into the Arab population in Israel to closely monitor its conduct. Two of them even married Arab women who were unaware of their husbands' true identity. In 1950, he was sent to Syria and Lebanon to look into the possibility of bringing to Israel Jews who lived there.…In 1955, after the dismantling of the undercover unit, Moriya left for Germany, at the service of the Mossad, which he had joined. The mission: bringing Ulrich Schnaft, a German who served in the SS, to Israel. Schnaft had arrived in Israel with a false identity, served as an officer in the IDF and passed secrets to Egyptian intelligence. At one point, when he felt he was about to be exposed, he fled the country. Moriya found him. Dressed as an Iraqi officer, he made contact with him and succeeded in catching him. Schnaft was caught and flew to Israel (sic- He traveled of his own accord and then was caught -OH) and sentenced to seven years in prison. As fate wished, Moriya married a woman who immigrated to Israel through Operation Michaelberg, of which he was one of the organizers. After her immigration, she was recruited to the Defense Ministry’s Arabic-language broadcast radio station. Moriya and his wife, Shlomit, had three children. She served in the Mossad and died six years ago. Moriya, who was also trained as a lawyer, passed away at the age of 95 on Sunday. He will be laid to rest at Kibbutz Einat today at 15:30. His friend Shlomo Hillel: "In my opinion, he was the most important person in the illegal immigration campaign from Iraq. I was in all these activities, and without him they would not have succeeded. His contribution to Israel's security and to Zionism is great.” (Yedioth Hebrew- more about him in Hebrew at Maapilim.org.il and IsraelDefense.Co.il)


Commentary/Analysis:
International Monetary Fund Report Inadvertently Debunks Myth of Economic Peace in Mideast (David Rosenberg, Haaretz+) Report released Monday shows the Middle East to be an economic shambles, but as far as Israel is concerned, it could be happening on another planet. They don't want us and we don’t need them.
Top Court's Order to Try Cop Who Killed Arab Israeli Shows Using Lethal Force Always Warrants Probe (Mordechai Kremnitzer, Haaretz+) Majority justices found several flaws in the attorney general's decision to reject the appeal to open the probe into the death Kheir Hamdan, stating a clear public interest in legal proceedings.
We cannot count on anyone but ourselves (Limor Livnat, Yedioth/Ynet) Today Israel is a superpower in security and a powerhouse in economics and has excellent foreign relations with the world's superpowers, but we must remember that back in 1967, Israel was left to its own device by these very 'friends.’
Fetishizing the Law (B. Michael, Haaretz+) Blushing in shame, I have something awkward to admit: There’s more than a little truth in the arguments put forward by the people in the Education Ministry in charge of high school civics studies. The connection between “the rule of law” and “human rights” is indeed very problematic. In fact, it hardly exists. Overloading the word “law” with too many tasks is a well-known syndrome. Sometimes it approaches total fetishism. As if “law” is the be-all and end-all, and in its sacred clauses can be found an answer to every question. But the law is simply the law. It deals with prohibitions, permissions and proceedings. No less, but also not much more.
The Tzofar and Naharim affair is one of the symbols of peaceful relations between Israel and Jordan (Elyakim Rubinstein, Maariv) It is not too late to come to new understandings in the Tzofar and Naharim affair [The return of Jordanian lands which were loaned to Israel for a specific period. - OH] This is a subject, which beyond its importance to the farmers of both regions, is one of the symbols of good relations between the countries.
The Empty Chair of a Gazan Woman Who Was Meant to Sit Beside Me (Netta Ahituv, Haaretz+) The topic of the event, which took place in a European country, was “The dissolution of borders: communication with the Other.” Beside the moderator sat one of the organizers of this two-day international conference, sponsored by the Responsible Leaders Network…The moderator explained that the chair next to mine was empty because the Israeli authorities (in this case, the Coordinator of Government Activities in the Territories) did not allow her to leave the Gaza Strip. She couldn’t attend the conference but the organizers wanted her voice be heard anyway, so one of them read the comments that she had sent in advance.
Civil servants - the punching bag of elected officials (Yair Bar-Kol, Maariv) The battle of elected officials against civil servants is only part of a government instability in a paralyzed state.
Netanyahu Is the Champion at Getting Off Cheap (Raviv Drucker, Haaretz+) It’s hard to think of any public figure who has received more concessions from the law enforcement system than Benjamin Netanyahu. All Israeli prime ministers have gotten VIP treatment. There was no search of the Sharon family’s Sycamore Ranch during the investigation of then-Prime Minister Ariel Sharon’s son Gilad, nor were there any wiretaps. When the state comptroller referred various cases involving Ehud Olmert to Menachem Mazuz, the attorney general at the time said it was better for the comptroller to investigate. The appointment calendars kept by Olmert’s office manager, Shula Zaken, sat in the State Prosecutor’s Office for months. And still, Netanyahu is in a different league with regard to the lenient treatment he has received over the years.

Elections 2019 Commentary/Analysis:
Israel's ultra-Orthodox Belong on the Left (Emilie Moatti, Haaretz+) A few years ago, I took part in an international relations course run by the Geneva Initiative. The purpose of the course was to allow young people taking their first steps in the world of politics to study in depth some of the diplomatic plans that were on the agenda at the time. One of my first memories from those meetings is a whisper from one of my colleagues: “What are all these ultra-Orthodox people doing here?” Indeed, more than 30 percent of the participants were Haredi men who were also Shas party activists.
Establishing a minority government will remove Israel from the place where its stuck (Dr. Revital Amiran, Maariv) Goals such as strengthening governing norms, healing the rifts in society, promoting a social agenda and secular agenda are important enough, and their realization will position the center and left parties as long-term ruling parties.
Mr. Crybaby Netanyahu and His Loyal Legions of Whimpering Whiners (Chemi Shalev, Haaretz+) The prime minister and his right-wing followers increasingly rely on hysteria, self-victimization and moral blindness.
Prepared for APN by Orly Halpern, independent freelance journalist based in Jerusalem.
comments powered by Disqus