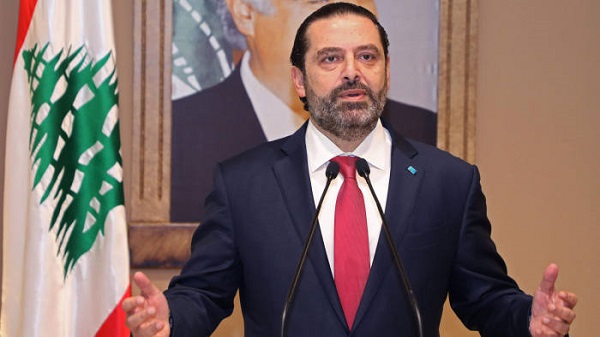 
You Must Be Kidding #1:
The IDF sentenced an Israeli soldier, who admitted that he had fired his weapon without his commanders' permission toward Othman Rami Halas, a 16-year-old Palestinian boy at the Gaza border fence on July 13, to 30 days of the military equivalent of community service.**

You Must Be Kidding #2:
The IDF said the soldier was not tried for killing the boy because there was no proof that the soldier's action caused the boy’s death. That is despite the fact that the IDF tried the soldier for shooting specifically at Othman Rami Halas and a video shows the boy trying to climb the border fence and then falling to the ground. He was shot in the torso and his death was declared shortly afterward in the field.**
Front Page:
Haaretz
Yedioth Ahronoth
Maariv This Week (Hebrew links only)
Israel Hayom

Top News Summary:
As the Israeli police waited for court permission to examine the contents of the cellular phones of four people, senior Likud officials and close advisors to Israeli Prime Minister Binyamin Netanyahu, Israeli Justice Minister Amir Ohana accused the State Prosecution of acting independently to destroy Netanyahu’s career over the corruption cases, while Netanyahu’s son, Yair, accused a rival top Likud member of being a rapist and the police of being ‘Gestapo,’ making top stories in the Hebrew newspapers along with the resignation of the Prime Minister of Lebanon in the wake of mass people protests.

In a Page 2 article titled, “The hive is neutralized,” Yedioth’s (Hebrew) political reporters noted “that precisely at the height of coalition negotiations: The prime minister remains without his most loyal advisers, who are suspected of involvement in harassing a former Netanyahu confidante and presently a state witness in Case 4000, Shlomo Filber, and banned them from being contacting each other.” Police have already questioned 10 people, including Likud officials close to Netanyahu, on suspicion of involvement.

At this junction, Justice Minister Ohana unleashed a verbal attack on the state prosecution, saying a number of people in the State Prosecutor’s Office were working as a deep state in cahoots with “a chorus of co-opted court journalists and commentators." He further said that "Political and public careers have been destroyed one after another, while the public — which is not privy to the facts — is convinced that the stables are being cleaned out."  Attorney General Avichai Mendelblit released a statement denying Ohana's "baseless" claims. But some people did not agree. At Goren Square near the Attorney General's home, over 1000 people showed up to protest the judicial moves against the Prime Minister. "Netanyahu will never march alone," they called.

In the evening, Channel 12 News released parts of transcripts from the police questioning of Yair Netanyahu, who slammed the police, a state witness and his father's rival, Gideon Saar. Gideon Saar, a rival of Netanyahu said he rejected 'with great disgust the unbelievable and contemptible lies' bent on damaging him politically.

What did not make top news, partly because of the late hour in which it happened Tuesday, was Jordan’s recalling of its ambassador to Israel in protest over Israel’s detention of two Jordanian citizens, including a young woman for over two months. No charges have been filed against either of the two. Jordan’s Foreign Minister Ayman Safadi said: "We consider Israel responsible for the lives of the two, and will take all legal measures to ensure their return home." (Maariv) Not long after that, the Israel-Jordan crisis worsened as an unnamed Israeli citizen reportedly tried to illegally cross the border to Jordan and was arrested by Jordanian authorities.

Features:
Beitar girl in her soul
"Racism? I can wholeheartedly say that I am proud to be an Arab player on Beitar Jerusalem (women’s soccer team).” Rajid Bair, 21, fights stigmas, but also the bureaucracy that prevents her team from opening the season: "Give us the right to do what we love.” Bair grew up in the village of Ein Mahal in the north, and for the past four years she has been living at the student dorm of the Hebrew University, where she studies and serves as a captain in the Katregel national team. She discovered her love for soccer at the age of 7 when playing with the children in the village. In the absence of girls' groups, she joined Beitar Kafr Kana and later played on Ma'aleh Adumim, Maccabi Haifa and Upper Nazareth teams. (Miki Schwartz, Yedioth Hebrew)
Haaretz Poll: What Israeli Jews Mean When They Talk About Being Jewish
New survey commissioned for Wednesday’s inaugural Judaism, Israel and Diaspora Conference offers fascinating snapshot of Israeli Jews’ views on God, observance and their U.S. counterparts. (Anshel Pfeffer, Haaretz)
"It's important for anyone in this situation to have the courage not to be silent.”
Arad Avital was an outstanding fighter in Givati Brigades, designated as an officer. But then his revered commander sexually assaulted him. He embarked on an agonizing struggle that ended with the commander's conviction, he also filed a civil suit against the IDF, won it and received compensation of 300,000 shekels. In an interview with Yedioth Ahronoth, Avital recounts the difficult years: "When I won the lawsuit, I felt insanely relieved.” (Shosh Milo, Yedioth Hebrew, ’24 Hours’ supplement, cover)
An Israeli Singer Taps Into Her Moroccan Roots – in Show of Defiance Against Hebrew
Singer Tamar Bloch, known both in Israel and in Morocco, is bringing music from her personal and cultural home to the fore in the rare language of Haketia. (Eness Elias, Haaretz+video)

Commentary/Analysis:
Smears of State Prosecution Show Netanyahu Knows End Is Near (Yossi Verter, Haaretz+) The outgoing prime minister is firing off whatever ammunition he has left.
Free the Jordanian Citizens (Haaretz Editorial) Israel is now marking the 25th anniversary of its peace agreement with Jordan. During the 10 years of Benjamin Netanyahu’s uninterrupted service as prime minister, the peace with Jordan has increasingly eroded. Apart from formal relations, which are maintained mainly by the security cooperation and minimal tourism there is little to the relationship. That is why there are so many calls in Jordan’s parliament for the ties to be severed, and why King Abdullah refuses to meet with Netanyahu. Nevertheless, and despite the low expectations, the Israeli government managed to dig itself into an even deeper hole, through the so-called administrative detention — that is, detention without trial — of two Jordanian citizens, Abdurrahman Marei and Heba Al-Labadi. The Jordanian foreign minister, Ayman Safadi, announced on Tuesday the recall of its ambassador in Israel for consultations in wake of the detentions. The two were arrested by the Israeli authorities while trying to enter at the Allenby Border Terminal in order to visit relatives in the West Bank. According to their lawyers, they are suspected of security offenses.
A terrifying assault on Israeli press freedom (Caroline Glick, Israel Hayom) Through their latest actions against Netanyahu’s advisers – and the seizure of their cellphones – the State Attorney's Office and the police are proving the validity of the warning legal scholars issued just days ago.
The mask is off: Lebanon is Hezbollah (Dr. Mordechai Kedar, Israel Hayom) "Lebanon" has not existed for quite some time. The country's agenda is dictated by Tehran, and its military and economy are designed to serve the needs of Hezbollah leader Hassan Nasrallah.
Lebanon: Fractured State in Search of Leader (Zvi Bar'el, Haaretz+) Going on past experience, in the end a compromise will be reached that will satisfy no one but will allow Lebanon to survive until the next crisis.
Beware of war, beware of talks (Prof. Eyal Zisser, Israel Hayom) Ordinarily, dialogue or even diplomatic accords are the best way to avoid armed conflict; but not in this case. It's obvious that a new nuclear deal between the US and Iran, one that doesn't fundamentally differ from its predecessor, could actually make war more likely rather than less.
2019, the year of protests (Pnina Shuker, Israel Hayom) Aside from a desire to improve their quality of life, protesters in the Middle East, Latin America, Asia, and Europe are also seeking deeper change and want liberal democracies.
Iranian Threat to Israel Is Real, Even if It Serves Netanyahu’s Interests (Amos Harel, Haaretz+) Tehran is deploying long-range missiles in Yemen, tipping the balance of deterrence and sending the Israeli air force into high alert.
Escalation with Iran and its satellites is not an empty threat (Dr. Eran Lerman, Israel Hayom) If it weren't for the Iranian regime's distress, it might decide to tread water until US President Trump was out of office. But its resources are limited, and the possibility that the ayatollahs might attack Israel out of desperation is very real.

Elections 2019 Commentary/Analysis:
Who is afraid of Arabs in the coalition? (Jalal Bana, Israel Hayom) A huge taboo in Arab society about joining Israeli political institutions has been broken. We can insist on seeing this as a threat; or, conversely, we can choose to see it as pragmatism, maturation and yes, even rapprochement.
Maybe Netanyahu Is Just Sick of It All (Salman Masalha, Haaretz+) A rational examination of the situation in the Knesset after the most recent election leads to the conclusion that there is a consensus on both the right and the left against yet another round of voting. Only one person, by the name of Benjamin Netanyahu, wants a new election campaign with all his might. It is logical that nobody has any interest at present in entering the vortex of another campaign. Even the bloc Netanyahu has built around himself in order to entrench himself as prime minister, come what may, is not all of a piece. The wall he has erected around himself is composed of a large number of bricks made of materials of different degrees of hardness, and therefore it’s unlikely that it will remain in place in the long run.
Loyalty to the leader may cost the right its third bid for power in less than one year (Yifat Erlich, Yedioth/Ynet) Loyalty to leadership is commendable but to what extent? A third election cycle may cost the right its chance to retake the leadership and leave Israel in the hands of the opposing ideology of the left.