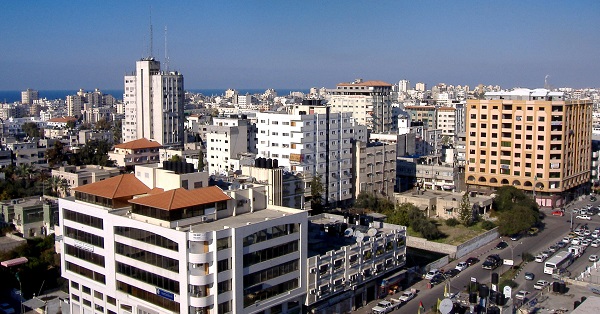 Quote of the day:
"In the world of medicine, we call this an autoimmune disease."
--Yedidiya Stern writes in Yedioth that the attack by Justice Minister Amir Ohana on the most senior members of staff under his authority, accusing them of an alleged "political agenda" in the investigations into the prime minister is an example of the governing body attacking itself.*
Front Page:
Haaretz
Yedioth Ahronoth
Maariv This Week (Hebrew links only)
Israel Hayom


Top News Summary:
The apparent murder of a woman by her husband, a well-known doctor, and court orders preventing the extradition of a Russian hacker and the deportations of two Israeli-born Filipino children were top stories in today’s Hebrew newspapers.

The High Court ordered a stay on the extradition to the US of the Russian hacker Aleksey Burkov following petitions from him and from the family of Israeli Naama Issachar, who is in jail in Russia on a drug conviction. Russia wants to exchange Issachar for Burkov. Speaking to Haaretz, Burkov said he’s not a Kremlin spy, and he wasn’t meddling in the US elections. Haaretz+ found that US Secret Service documents show that Russian hackers struck plea deals with U.S. authorities to hand over partners in cybercrime schemes. An Israeli judge also halted the deportation of two Israeli-born Filipino children, asserting that the minors' welfare wasn't taken into account.

In regards to the latest flare-up with Gaza, senior Israeli Minister Yuval Steinitz said a ground operation in Gaza may be inevitable and it will 'come at a price.’ Steinitz said Israel will have to eliminate the leaders of Hamas and then get to a long-term arrangement." But Hamas leader Yahya Sinwar said no talks are being held with Israel over the long-term ceasefire agreement or prisoner swaps because of the Israeli political deadlock. “We won't be held prisoner to Israeli elections,” they said. (Also Maariv) They also said they nor would they turn a blind eye to the Israeli retaliation strikes that took the life of one man in Gaza. Sderot residents demanded action after rockets hit their town Friday night. At the Sunday weekly cabinet meeting, Israeli Prime Minister Binyamin Netanyahu pledged covert actions on all fronts, to its south, north and east “at sea, in the air and on the ground.”

Features:
"I don’t tell a boy: 'Don't be in the hills.' I say: 'No matter where you are, I'll be there with you.’”
They sleep in tents, in beds they built themselves, they learn to train dogs and make cheeses, and most importantly - they go through a process that takes them back to the frameworks they fell out of, some at age 12. At the Hebrew Shepherd Farm, which is trying to rehabilitate hilltop youth [extremist settlement youth who live in shacks they build on hilltops in the West Bank from where they attack Palestinians and sometimes soldiers - OH], the goal is to reach the end the year with zero youth. This Yedioth Ahronoth correspondent was allowed to visit the site. She talked to youth about the difficulty in accepting authority, and she heard from the program's head, Roy Simon, why no one should given up on, even if he threw stones or was in custody. Simon’s program is supported by the Education Ministry. (Yifat Ehrlich, Yedioth Hebrew Friday magazine)
LISTEN: Anti-Semitism Is Not a Jewish Problem. Israel Is.
We took our tape recorder to Haaretz’s inaugural Judaism, Israel and Diaspora conference, and heard from Anshel Pfeffer, Isaac Herzog, Natan Sharansky and others. PLUS: David Makovsky talks Trump, peace and his new podcast on U.S.-Israeli relations. (Haaretz Weekly podcast)

Elections 2019 Commentary/Analysis:
Gantz Is Rabin’s Latest Successor. But His Coronation Comes With a Warning (Anshel Pfeffer, Haaretz+) For the first time since Ehud Barak lost the premiership to Ariel Sharon in 2001, the Israeli tribe feels it has a leader again, although Gantz is nowhere near forming a government.
**Preserving Israel's rule of law (Yedidia Stern, Yedioth/Ynet) While no one knows whether the attorney general will ultimately decide to indict the prime minister, this is an opportune moment to take a principled stand, free of positioning or party politics, to defend the justice system.
The Attorney General Must Put an End to the Circus (Ehud Barak, Haaretz+) The history of Israeli government contains nothing at all like these Days of Incitement. Prime Minister Benjamin Netanyahu and his close circle are in a panic, and are leading with the help of indentured ministers and Knesset members, aides and fans, a campaign to undermine the status of the law enforcement authorities. They are producing shows of North Korean-style brown-nosing, trying to intimidate state witnesses and rewrite the history of the murderous incitement they led against Yitzhak Rabin exactly 24 years ago. As in similar cases in history, the gradualism blinds the public that does not notice the danger and is not acting with enough determination to remove it. Netanyahu’s strategy is transparent. He understands that it is too late for him to come up with a “deal” that would prevent his being indicted. His fear is enormous and justified.  The possibilities open to him are very limited and have given rise to unrestrained behavior. Netanyahu must remain behind the wheel to deter Attorney General Avichai Mendelblit from making the obligatory decisions, or alternatively to delay them until State Prosecutor Shai Nitzan and Liat Ben Ari, the lead prosecutor on his cases, are replaced by weaker people.
The ugly nepotism with which the justice system is infected eats every good part of it (Dr. Haim Misgav, Maariv) As High Court Chief Justice Esther Chayut said, there is nothing like what is happening in the governing system these days. But the guilty party is not where she is pointing to. The State Attorney's Office cannot, in my view, get its hands clean; And the High Court Chief Justice can't regain the public’s confidence which is waning as she seems to continue to collaborate with a host of journalists. Hundreds of leaks in the media portray her as an active player in the political game. The bad smell that comes from her seniors’ remarks about the elected echelons is far from indicating good faith.
Can Joe Biden save the day for pro-Israel Democrats? (Jonathan S. Tobin, Israel Hayom) His denunciation of threats to cut Israel aid was great, but it’s far from clear that the fading establishment champion can best his party’s increasingly dominant left wing.

Interviews:
Exit from Taba
There is hardly anyone who has crossed the border into Sinai in the last 40 years and has not met Itzik Hai, the legendary director of the border terminal at Taba. Now, he said goodbye to the job and recalled the difficult and funny moments: the terrorist attacks, the perfumes from the duty-free that washed through with the flood and the tourist who smuggled a Kalashnikov in a cross. In an interview with Smadar Perry, he explains why Israelis do not heed the warnings of the trip to Sinai and whether the masses of families who began to flood the beach huts with their children are irresponsible. How would you sum up 40 years in a few sentences.
"It's a simple task. I was fortunate to work eight (years) at Ben Gurion Airport before I went down to Taba when Sadat came on his first historic visit to Israel. I was the executive director for a brief period of the Jordanian terminal in the Arava, when the famous meeting of Rabin and King Hussein took place. I set up from scratch a place they didn't think was important at first, and we overcame constraints and nature. I leave the place with immense satisfaction, and I think, with all modesty, that I have become a part of history. "(Interviewed by Smadar Perry in Yedioth Hebrew)