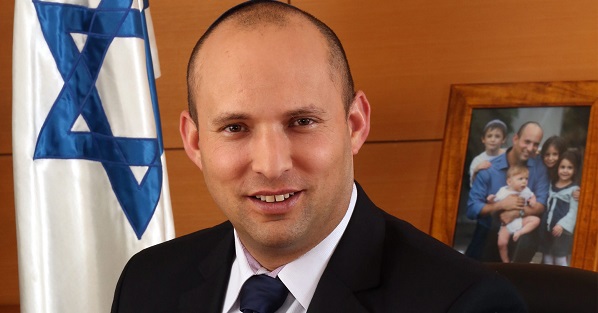 "Just so we're all on the same page… the instructions to the police are not to be near the schools during arrival hours in the morning or at the leaving hours in the afternoon. Other than that, patrols will move through the neighborhood freely and as needed."
--Text message written by Israeli police and sent to Palestinian parents in Issawiyah neighborhood of E. Jerusalem. The parents showed Haaretz+ the message after the police violated the agreement and deployed Border Police at the schools and denied it ever made an agreement.*
Front Page:
Haaretz
Yedioth Ahronoth
Maariv This Week (Hebrew links only)
Israel Hayom


Top News Summary:
The gates shut at the Island of Peace, which Israel returned to Jordan, while, in politics, Israeli Prime Minister Binyamin Netanyahu appointed a man he previously called ‘irresponsible’ as defense minister, after which Yisrael Beiteinu chairman and Israeli elections kingmaker, Avigdor Lieberman, gave the two leading parties an ultimatum to form a government - making the top stories in today’s Hebrew newspapers.

Despite Jordanian concerns that Israel would renege on the agreement, Israel returned two parcels of agricultural land leased near the border, after Jordan rejected Israel’s requests to extend the expired 25-year lease. The IDF declared the area a closed military zone and only 31 Israeli farmers will still be able to access the lands, located in Naharayim, in the Jordan Valley, and Tzofar, in the Arava region in the south, until May 2020. Israel still hopes that Jordan will agree to a new deal.


Elections 2019 News and Quickees:
The political and security commentators had a lot to say about Netanyahu’s appointment of Naftali Bennet (Hayamin Hadash) as defense minister in exchange for Hayamin Hadash merging with the Likud into a joint faction. (See Commentary/Analysis below.) Yedioth Hebrew’s Yuval Karni noted that not long ago, Netanyahu called Bennett, “irresponsible and childish,” when Bennett demanded to be defense minister. “But after two election campaigns and in light of his contacts with (Kahol-Lavan leader Benny) Gantz, things probably look different,” explained Karni. A Likud officials admitted: "This is to prevent the (right-wing) bloc's disintegration.” Kahol-Lavan slammed the move: “Netanyahu is even willing to sell off the defense ministry portfolio to the latest servile person in exchange for a few more days of grace." Israel Hayom’s Mati Tuchfeld wrote that Netanyahu’s decision followed Gantz's announcement that coalition talks are not leading to a national unity government and that he plans to "explore other avenues" to form a coalition, which according to Tuchfeld means leaves only the option of a government supported by the Arab factions - not as silent partners who will abstain in parliament votes, but as active ones. Netanyahu was also concerned that Gantz would succeed in wooing Hayamin Hadash to join him.

Lieberman declared that Netanyahu has to ditch the ultra-Orthodox Jews and Gantz will have to let Netanyahu lead first in a rotation unity government and if either reject his terms, he will back the opponent. A poll released on the “Meet the Press’ TV program indicated that a majority of people want Benny Gantz to form a unity government with the Likud, including with the man who leads it. (Maariv) And more than two thousand Netanyahu supporters rallied in Petah Tikva and at the Tel Aviv Museum Square Saturday night. Actor and playwright Rami Vered got into a violent confrontation with one of the demonstrators. (Maariv)

Features:
Gideon Levy Chilling Testimony From a 10-year-old Palestinian Boy's Arrest by Israeli Troops
In hot pursuit of masked youths in a Palestinian town, soldiers arrested, handcuffed and blindfolded 10-year-old Qusay al-Jaar, then took him away to be interrogated. He, his father and cousin recall the ordeal. (Gideon Levy, Haaretz+)
Brother and sister reunite in Israel after 59 years
They grew up apart in England and had never met before, but now thanks to a Facebook post, Susan Masrua from Tayibe and her long lost-brother have finally reconnected after decades of searching for one other. (Hassan Shaalan, Ynet)
The Jews Who Cried When the Berlin Wall Fell 30 Years Ago
Among those who did not welcome the wall’s fall were a few Jews serving in senior government positions, including a superspy who operated a network of 4,000 spies. (Ofer Aderet, Haaretz+)
Stasi Spies and neo-Nazis: East German Jewish Life Before and After the Fall of the Berlin Wall
Members of the Jewish community reflect on events before and after November 9, 1989, including an unlikely Jewish renaissance in eastern Germany and the disturbing rise of the far right. (Steffi Hentschke, Haaretz+)
'An Eye for an Eye': The Jews Who Sought to Poison Six Million Germans to Avenge the Holocaust
Historian Dina Porat explores the story of 'The Avengers,' some 50 young men and women who planned to poison bread loaves and water supplies distributed to German prisoners after WWII. (Ofer Aderet, Haaretz+)
How the Jews Invented the Goy
Two Israeli scholars examine the dramatic and surprising history of one of the oldest Jewish institutions: the sharp separation between ‘them’ and ‘us.’ (Tomer Persico, Haaretz+)
A Poignant Portrait of an Exiled Palestinian-Israeli Writer
In the last of a quartet of novels, Sayed Kashua grapples with identity, exile, lies, loneliness and longing – both his and his protagonist’s. (Brett Ashley Kaplan, Haaretz+)

Elections 2019 Commentary/Analysis:
In Appointing Bennett as Defense Chief, Netanyahu Only Has One Thing on His Mind (Amos Harel, Haaretz+) Prime minister's choice was not guided by security considerations.
Poor herd of stray sheep: Likud officials understand, but remain silent (Ben Caspit, Maariv) Fighters for human rights took off their black robes and put on the pointed white hats. They did not stop to check facts, check feasibility or reach the truth. And now he's against a publicity ban (a minute after his men violated it). It's neat. He always has an alibi. It's not me, it's them. It's always them. What looks like a crime family, acts like a crime family and makes noises of a crime family, is a mafia.
Elections are the answer: Not only does Netanyahu stand as a barrier to unity, but the entire Likud (Ran Edelist, Maariv) he Likudniks stance against the rule of law during the Prime Minister’s trial should help to formulate a left-wing alternative, unless everything is rotten in the kingdom of priests and a holy god.
The Birth of Bibi's Tragedy (Iris Leal, Haaretz+) Anyone who saw Dan Shadur’s film “King Bibi,” which was broadcast last week on Channel 13 in light of the turbulent events happening these days, could see the metamorphosis of the main character, crammed into 60 minutes.
Netanyahu just gave Bennett the temporary gift of the defense portfolio. It’s a sign he’s losing his grip (Anshel Pfeffer, Haaretz+) The merger of Naftali Bennett’s small right-wing party into Likud reflects Netanyahu’s paranoia as he and Benny Gantz each struggle to form a governing coalition.
Selective abuse (Nahum Barnea, Yedioth Hebrew) Maybe I didn't hear well, maybe I didn't understand, but if I'm not mistaken, Avigdor Lieberman put out an ultimatum last night that might unleash the ensnarlement that is preventing the formation of a government. Lieberman came to Channel 12 News for an interview with Dana Weiss. He made it clear that he would join the bloc whose leader would respond positively to the demand he would offers. From Gantz, he demands to adopt the president's outline for a unity government. From Netanyahu, he demands to part with the ultra-Orthodox parties. Seemingly, both demands are impossible. The question is which is less impossible.
Political logjam has Lieberman in a panic (Mati Tuchfeld, Israel Hayom) Yisrael Beytenu's leader has been painted into a corner and getting out of it will most likely see him complete his conversion from a right-wing hardliner to an integral part of the Left.
Lieberman Resets Israel's Political Clock, Reducing Likelihood of a Third Election (Yossi Verter, Haaretz+)This week could prove to be decisive for Israel's messy political minefield.
Hurry up Liberman, it's time (Ariela Ringel Hoffman, Yedioth/Ynet) If he is the kingmaker he claims, the Yisrael Beytenu leader needs to make a decision about the future of the country and save us all from this interminable political odyssey.
Liquidation Sale (Haaretz Editorial) Prime Minister Benjamin Netanyahu, entrenched within the right-wing bloc, has refused to recognize defeat and is firing in all directions. After failing to rally the public behind the idea of a direct election for the prime minister as an alternative to a third general election, he has pulled a new rabbit out of his tattered magician’s hat.
Liberman shuffles the deck in the house of cards of Israeli politics (Yuval Karni, Yedioth/Ynet) Yisrael Beytenu chairman gives leaders of Israel's two largest parties an ultimatum to form a government, but so far it does not seem to have pushed either Netanyahu or Gantz into taking serious steps to compromise on power-sharing.
Netanyahu is crafting a balance of terror within his bloc (Yossi Verter, Haaretz+) The illegal performance by Justice Minister Ohana this week has shown Netanyahu who's really calling the shots.
Prepared for APN by Orly Halpern, independent freelance journalist based in Jerusalem.