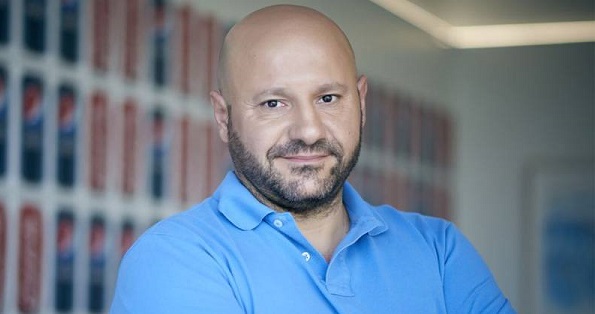 Quote of the day:
"His deed is a noble one of the first degree."
--Chairman of the European Jewish Association Rabbi Menachem Margolin said after Lebanese businessman, Abdallah Chatila, bought Hitler's artifacts at an auction, to prevent them from "getting into the wrong hands," and transferred them to a Jewish organization.*
You Must Be Kidding:
"...the air force attacks were carried out in a surgically powerful and precise manner, with minimal collateral damage.”
--In an unusual letter distributed to IDF units summarizing the two-day IDF aerial operation in the Gaza Strip, the Chief of Staff concluded that the mistaken killing of nine members of a family by missiles to their home in the Gaza Strip was 'minimal collateral damage.'**
Front Page:
Haaretz
Yedioth Ahronoth
Maariv This Week (Hebrew links only)
Israel Hayom

Top Election/Indictment News Summary:
The big story - and surprise - was that indicted Israeli Prime Minister Binyamin Netanyahu agreed to hold Likud party leadership elections within the next six weeks. The last time Likud held primaries was five years ago. The date of the primaries is significant because if it takes place in the days that the Knesset has to choose another person to try to form a government, then elections can be avoided. But if it’s after the Knesset is dissolved then there will be a third round of elections, explained Yedioth. And according to ‘Israel Hayom,’ it will be after the Knesset dissolves. The second biggest story was that Netanyahu’s rival, Gideon Sa’ar, declared he was running, sparking sharp remarks from another potential opponent, Nir Barekat. But Maariv reported that other senior Likud people are raising their voices without being named. Maariv quoted one, who told Channel 12 News: “If Netanyahu doesn’t agree to snap primaries, he shouldn’t be surprised if 61 signatures are collected to form a government.” Yedioth reported that Netanyahu’s associates are acting to increase the protests against the State Prosecutor and to change public opinion to support Netanyahu. Meanwhile, Likud is advancing a bill for direct prime-ministerial elections. In ‘Israel Hayom' however, it appeared as if Netanyahu were not facing serious internal problems. “The right-wing bloc: ‘We support the Prime Minister’” and “Netanyahu is in the north: ‘Acting to thwart Iran’s additional attacks’” were top stories. The other story that was in most of the papers was about the nursery school teacher who posted on Facebook that she took down the photo of the prime minister from the school wall. Afterward, Education Minister Rafi Peretz said he was trying to locate her for her unacceptable act and she resigned (see below.)

Features:
Distrust, Fear and 'Self-defense’: High-profile Campaign to Collect Guns From Israeli Arabs Flops
Half a million shekels in advertising and dozens of collection points, but just a handful of illegal weapons were collected in a week — and mostly from Jews. Neither the Public Security ministry nor the police had very high hopes for the campaign, assuming that at best a few dozen weapons would be taken out of circulation. “The importance is in conducting the campaign,” said a senior police officer. “To show that there is goodwill as part of the war on crime.”
(Haaretz+)

Commentary/Analysis:
The Day AIPAC Lost Its Legitimacy (Matt Matilsky, Haaretz+) AIPAC backs a two state solution. But its refusal to comment when the Trump administration 'legalized' Israeli settlements, a key obstacle to any future Palestinian state, demonstrated its lack of purpose - and spine.
The American declaration on the settlements: Why don’t we release ourselves from the Israeli feeling of inferiority? (Meir Uziel, Maariv) The United States declared loudly what every man who wants peace knows. The land of the Jewish people is in Judea and Samaria no less than between Hadera and Gedera.
Israel Has a Rare Opportunity for Long-term Quiet on the Gaza Border (Amos Harel, Haaretz+) Islamic Jihad's two-day round of fighting with Israel created good conditions for a long-term deal between Israel and Gaza's rulers. The groundwork is laid, but a few factors stand in the way.
After the rockets: Stalemate for now, but what’s next? (Lt. Gen. Steven Blum and Ari Cicurel, Israel Hayom) US policymakers can take steps to decrease the likelihood of another war and prepare Israel for provocations from terror groups.
Occupation Is the Seed of Corruption (Odeh Bisharat, Haaretz+) In 1992 the five Knesset members of Hadash and Ra’am (whose voters were mostly Arabs) were enough to allow Yitzhak Rabin to form a government. Now, even the 13 MKs of the Joint List aren’t enough for Benny Gantz. In the neighboring Arab world – the jungle, as former Prime Minister Ehud Barak calls it – they are looking at the villa’s living room and can’t believe their eyes…Here we have a man with a black cloud of corruption hovering over him who, even after being indicted, has 55 MKs in his pocket. To this disciplined bloc, the dream of every dictator, one can add the eight MKs of Yisrael Beiteinu…The judicial system has actually missed the boat. Every settler can do almost whatever he chooses in the occupied territories, and the legal system is there to issue administrative detention orders – against Palestinians. And if a settler feels as if he can do almost anything throughout the occupied territories, why shouldn’t he feel that way when he comes to Tel Aviv as well?
Hebron in memory (Jerold S. Auerbach, Israel Hayom) Whether Zionism retains any connection to the ancient sources and sites of Jewish history is entwined with the future of the Hebron Jewish community.
Trump, Israel and anti-Semitism: How White Nationalists Are Trying to Hijack 'America First' (Alexander Griffing, Haaretz+) Members of the ‘groyper army’ ask speakers at events leading questions about Israel, gay rights and immigration in order to force them to defend universal rights.
Why Egypt's Sissi Is Pulling His Son Out of the Spotlight (Zvi Bar'el, Haaretz+) Mahmoud al-Sissi, the eldest son of Egypt's president, has been sidelined as a result of his failures in dealing with a number of delicate affairs.

Elections 2019/Netanyahu Indictment Commentary/Analysis:
Netanyahu’s long and illustrious career is coming to a sad and shameful end (Chemi Shalev, Haaretz+) After being dragged kicking and screaming to face criminal charges, the prime minister’s political epitaph will be short and simple: ‘What a waste.’
Prime Minister’s Iron Dome: The goal of a right-wing bloc with the ultra-Orthodox parties (Ran Adelist, Maariv) Not for no reason did Netanyahu encircle himself with yarmulke wearers and place them at decision-making junctions, and not for no reason are the rabbis now bothering the Attorney General…Benjamin Netanyahu is charged with bribery. It won't interest the bloc. Their goal is a right-wing, ultra-Orthodox and cynical minority government.
Is Netanyahu Finally Facing a Full-scale Likud Rebellion? (Anshel Pfeffer, Haaretz+) So far, lawmaker Gideon Sa’ar is the only heavy hitter to call for an immediate primary. Netanyahu’s problems will start when others join the call.
Israelis must judge politicians by their word, not their spin (Shimon Shiffer, Yedioth/Ynet) With all the claims and counterclaims of the seemingly endless election season, Israeli voters would do well to consider who actually says what they mean and not what they want you to hear.
In the name of the father (Yossi Ahimeir, Maariv) Although he needed to declare he was stepping down, one cannot but be amazed by Netanyahu's ability to battle over his position, according to which only he can run the State of Israel.
Sa'ar's gambit to replace Netanyahu quickly falls flat (Mati Tuchfeld, Israel Hayom) His idea was simple and smart: Force snap primaries for the Likud leadership to ensure the party remains in power before the Knesset disperses. But the decision to hold the primaries after the Knesset disperses and before another general election makes Netanyahu the heavy favorite again.
Ending the Grotesquerie of Netanyahu Serving as Prime Minister (Tzvia Greenfield, Haaretz+) The sight unfolding before our eyes in recent days has only one meaning: A prime minister who has been indicted on three serious charges is trying with all his might to arouse a popular revolt in order to evade being sentenced by the legal authorities in his country. Although there is room to hope that most Israelis are saner than their leader, it’s clear that the man and his courtiers have abandoned all restraint and are playing with extremely dangerous fire.
The day after him (Dr. Revital Amiran, Maariv) If the left-center bloc wants to replace the existing leadership, it should avoid celebrating and present operative plans that will return the discussion to the operative field and return the public's trust to it.
Prepared for APN by Orly Halpern, independent freelance journalist based in Jerusalem.