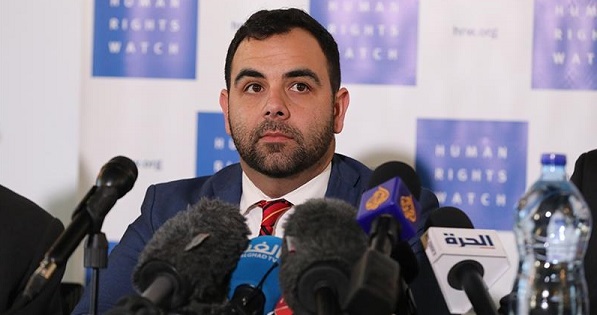 Quote of the day:
"Therefore, sir, liberate not only the state, but yourself, and as a man who has worked very hard in the service of the people and won all the honors and all the curses, a horizon of life full of interest and full of intellectual and artistic challenges you did not know will open before you."
--Author A. B. Yehoshua pens a letter to Israeli Prime Minister Binyamin Netanyahu encouraging him to step down.*
Front Page:
Haaretz
Yedioth Ahronoth
Maariv This Week (Hebrew links only)
Israel Hayom

Elections 2019/Netanyahu Indictment News:
Attorney General Avichai Mendelbitt declared that indicted Israeli Prime Minister Binyamin Netanyahu is not required to resign, while Netanyahu’s associates acted to draft the masses to a support rally tonight in Tel-Aviv and Netanyahu’s rival, Gideon Saar, defended his declaration to run in Likud primaries against Netanyahu making top stories in today’s Hebrew newspapers along with the ‘Day of Rage’ protest today in the West Bank, initiated by the Palestinian Authority in protest to the US declaration that Jewish settlements in the West Bank are legal.

Attorney General Mendelblitt said Netanyahu could by law continue as prime minister because the decision over whether Netanyahu should take a temporary leave of absence was a public-political one, not a legal one, because the Basic Law on the Government “does not exhaustively spell out the circumstances that might lead to the incapacitation” of the prime minister. However, the issue is expected to be brought to the High Court to determine.

The other issue at hand is immunity. In Kahol-Lavan, they are advancing a majority in the Knesset against giving Netanyahu immunity from the law. After Yisrael Beiteinu Chairman Avigdor Lieberman stated his opposition to immunity, the prime minister is in a problematic situation. He must decide within 30 days of his indictment announcement whether he applies for it. (Maariv) Lieberman said granting Netanyahu immunity would 'harm the public trust,” adding that a third election was inevitable. Gantz called on lawmakers to stop Netanyahu from “dragging the entire country to elections.”

In the Knesset, there was an atmosphere of elections, Yedioth (Hebrew) reported.  A senior politician told the paper: "We are in complete political chaos with no way out. The severe indictment against Prime Minister Netanyahu has only further distanced the possibility that the two major parties…will form a unity government. And without the two major parties, or without Lieberman with one of the two major parties - no one can form a government. Both Netanyahu and opposition leader and Kahol-Lavan chairman Benny Gantz called for unity yesterday - but on condition that they will be prime minister and not the other. Moreover, Netanyahu claimed that unity government talks were ongoing. But Kahol-Lavan and Yisrael Beiteinu denied.

The Knesset has till the end of December 11, 2019 to find a Knesset member who will be able to present 61 signatures of MKs who support him to try to form a government. If no one is found, the Knesset will automatically dissolve and the state will embark on a third election campaign within a year.

Meanwhile, Netanyahu’s supporters in the Likud are in a “persuasion and information” campaign to get the supportive public out to Habima Theater Square in Tel-Aviv [which ironically is practically bankrupt] for a demonstration tonight titled, "Stop the Governmental Coup.” Indeed, the ‘Israel Hayom’ headline was more like an ad calling for supporters to go to the protest, than an article. Yedioth and Maariv noted that despite the request of the Prime Minister’s Office, Likud minister and MKs will be notably absent, as will be most of the colleagues from the right-wing bloc. The opposition warned of incitement that will lead to civil war. (Maariv) Likud MK and Netanyahu rival, Gideon Saar, said at a conference he held that without a change in Likud leadership, “We will pass the rule to the left-wing.” A Channel 13 poll found that Netanyahu has 53% of Likud support compared to Saar’s 40%, Maariv reported. Also, Defense Minister Naftali Bennett said his party, The New Right, will not unite with Likud in the next elections and will run independently, but is open to linking with other parties. (Maariv)

Interestingly, Netanyahu's attack on the legal system creates a headache for pro-Israel groups in America because he is promoting a conspiracy theory and attacking his own attorney general,  Haaretz+ reported. And former IDF Chief of Staff Maj. Gadi Eisenkot had some strong words about this as well, Yedioth Hebrew reported. Eisenkot criticized decision makers at a conference of the Israeli Democracy Institute yesterday. Eisenkot said following the criticism of the IDF for his reactions to the shooting from the Gaza Strip, "You’ll see the same characters I saw at the events (rallies) three and four years ago, the same characters who today want to overpower the court and the police, the same people and the same names are spreading these lies to serve as an agenda." Regarding allegations of excessive "legalization" in the IDF, Eisenkot said that "the shooting incident in Hebron [when soldier Elor Azariya executed an already prone and wounded Palestinian attacker - OH], the fighting in the Palestinian arena, the discourse on legalization and  “everything that has arisen in recent years is nothing new."  Eizenkot added that “This discourse has accompanied the military for over 20 years, and yet I think everything has worsened as a result of the changes - media consumption and how it comes out in the public aspect, and especially in the way public figures take advantage of this platform and succumb to emotion or political interests and do not take a stand [against illegal acts, such as executing Palestinian attackers - OH], which they may pay for in the short term but certainly it pays off in the long run.” He said, "It is impossible to detach our soldiers from the discourse in the State of Israel. Lack of a leadership position makes it difficult for commanders. A professional and values-based army is stronger and knows how to handle things.” He added further in this regard: "I don't remember a judge ever telling us to stop an attack."

Features:
Despite new push, doubt lingers over ADL’s ability to fight anti-Semitism
“The ADL has failed to call out any form of anti-Semitism that isn’t borne of white supremacy, and their curriculum is more about tolerance and racism in general than it is about the unique history of anti-Semitism,” says official with Americans Against Anti-Semitism. (Shiryn Ghermezian, Israel Hayom)
Borderline crazy
As the 12th Golani Battalion wraps up several months of anti-terror activity on the Gaza border and prepares for training in the Golan Heights, everyone in the neighborhood is trying to make sure that nothing sets off an unwanted escalation. (Yoav Limor, Israel Hayom)

Other Commentary/Analysis:
Israel Becomes a Member of a Dubious Club (Haaretz Editorial) Since legislation was passed enabling Israel to deny entry to foreigners who call for political boycotts of either Israel or its settlements, this is the first time the government has used this law to deport a permanent representative of a human rights organization, which happens to be one of the largest and most important in the world. The deportation was approved by the Supreme Court, whose justices – Noam Sohlberg, Neal Hendel and Yael Willner – rejected HRW’s appeal, saying they found “no flaw” in Interior Minister Arye Dery’s May 2018 decision not to renew Shakir’s work and residence visa. Unlike a great many other injustices that take place in Israel every day under the auspices of protecting its occupation project, in this case, Shakir isn’t leaving as a victim. In the coming days, he will embark on a round of lectures and meetings on this issue in Europe and will also remain HRW’s point man for monitoring human rights violations in Israel, the West Bank and the Gaza Strip, doing the job from another nearby country, most likely Jordan.
Settlements are legal (Prof. Talia Einhorn, Israel Hayom) There is no need for Israel to annex Judea and Samaria if it wants to apply Israeli law there – it already has that right because of the laws dating back to the British era.
U.S. and Israel Seek Assurances on Iran From Each Other, but for Very Different Reasons (Amos Harel, Haaretz+) With Netanyahu's legal woes and a new defense minister looking to score political points, Israel's security establishment has one responsible adult.
Strategic deterrence has its limits (Daniel Schueftan, Israel Hayom) Israel’s efforts to generate deterrence have succeeded in ensuring wide gaps between hostilities, as well as in minimizing the damage they inflict, but they cannot produce a constant lull.
Like schnitzel, anti-Semitism has become part of the cultural fabric of Europe (Ben Cohen, Israel Hayom) The three most common stereotypes neatly encapsulate the triangular denunciation of the Jews: They dominate the economy and financial markets; they are more loyal to the State of Israel than they are to the continent; and they talk endlessly of their suffering during the Holocaust.
The German Jews Who Think Now Is the Time to Leave, Before It’s Too Late - Again (Robert Ogman, Haaretz+) In Germany, every Jewish celebration is a collective act of defiance against a rising, violent far right. But shadowed by thousands of armed extremists, and an ascending political far right, they face a fateful choice: Stay, or go.
Why European opposition to Israel should not be dismissed (Gol Kalev, Israel Hayom) The re-establishment of the Jewish state and its astonishing success seems to have provided a new outlet for European anti-Semitism.