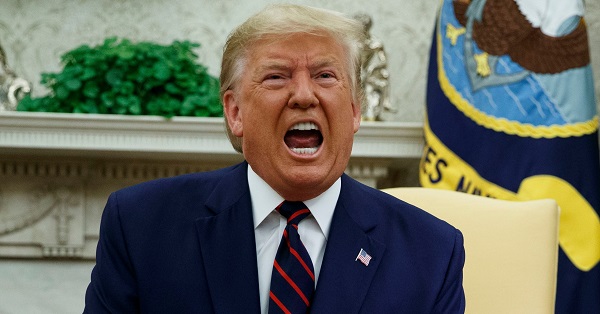 Quote of the day:
“Show me where in West Jerusalem or in Tel Aviv a man would put cameras on his drug den? He knows they won’t do anything to him. If anyone touches him he would come with his weapon and shoot. The police know, everyone knows and no one does anything. Nobody dares touch him.”
—Khaled Zeir, a resident of Silwan neighborhood in E. Jerusalem, was one of many Palestinian Jerusalemites that Haaretz’s Nir Hasson interviewed who described how Israeli police were not only not stopping the plague of drug dealers filling the E. Jerusalem streets, but preventing residents from organizing to stop them.*
Front Page:
Haaretz
Yedioth Ahronoth
Maariv This Week (Hebrew links only)
Israel Hayom


Elections 2019/Netanyahu Indictment News:
Today at midnight the Knesset disperses - unless their is a last minute surprise -
and new elections will likely be held on March 2nd, making today's big story. Knesset members have until midnight to pass the bill that would determine elections will take place on March 2. Kahol-Lavan leader Benny Gantz called again on indicted Israeli Prime Minister Binyamin Netanyahu to “Give up immunity and we'll form a unity government," to which Netanyahu responded: "I call upon you to stop the spins.” Meanwhile, Netanyahu’s rival within the Likud, Gideon Sa'ar went on attack, declaring that Netanyahu has no chance of forming a government. The Likud party is expected to hold primaries for its leader soon. Netanyahu wants to go to primaries as soon as possible while Saar demanded more time, Maariv reported.

Interestingly, a poll by Channel 13 News found that if Gideon Saar led the Likud party in the next election campaign, the Likud would slip to 29 seats (from 32), and Kahol-Lavan would receive 35, but the right-wing/ultra-Orthodox bloc would remain the same with 55 seats. However, if Netanyahu remains the leader of Likud, the party would get 33 seats, and Kahol-Lavan would get 37, but the right-wing bloc would drop to 52 seats and the left-wing/center bloc would surge to 60 seats. (Also Maariv) An unnamed leader of one of the right-wing parties told Israel Hayom that after the election, there will be no more right-wing 'bloc.’ Parties on the Right and Left are already looking into different possible connections for the next round of voting.


Other Top News Summary:
The other top stories were the six people killed in an attack on a kosher supermarket in New Jersey and that the Justice Ministry announced plans to prosecute senior Israeli defense officials who were caught in a major bribery case. Most details of the case, including the names of the suspects, were unavailable because of a gag order. But a statement by the ministry said public servants working in the unnamed defense body allegedly received millions in bribes from companies with the aim of promoting sales deals with Israel's defense establishment. (Also Maariv)

Features:
*In East Jerusalem's War on Drugs, Residents Say Police Are on the Wrong Side
An unprecedented conference took place Friday in the Shoafat refugee camp in East Jerusalem. After prayers, hundreds of men headed into a large hall. Representatives of all the families living in the camp sat up front; on stage stood teens in gold vests bearing a logo of a fist smashing a hypodermic needle.
As dramatic music played in the background, one of the teens read a declaration signed by all the family representatives: “I resolve to put family security above the drug dealers. I resolve to boycott them, to not give them respect, to not invite them to weddings and not to attend their funerals.”
It was the first community gathering of its kind in Shoafat's war on drugs.As anti-drug activists attempt to combat the flood of cheap drugs, often marketed to children, residents say the police ignore, if not encourage, the problem. Residents of East Jerusalem say that there was always a serious drug problem, but now it has become an absolute plague. In almost every neighborhood, residents know where to find the local dealer, where the addicted lay helpless and recount stories of the drug-related violence that erupts periodically.
Many blame the Israel Police and Shin Bet security service. Residents say that the Israeli authorities prefer that the youth of East Jerusalem be busy with drugs rather than firebombs – that drugs are part of the security services' toolbox to maintain quiet in the eastern part of the city. This isn't a new claim, but it seems that over the past few months the situation has further deteriorated. The East Jerusalem drug market has been flooded with cheap drugs like Nice Guy and Mabsuton, and dealers have started to market the stuff to teens and children. According to a number of East Jerusalem sources, a child can get a dose of Nice Guy for 10 shekels ($2.88) or less. Some dealers give out the first dose for free to hook clients. Around a month ago the A-Tur neighborhood held a similar conference of youths and family heads against drugs and drug dealers, but it was forcibly dispersed by the police, who even fired tear gas at attendees. The police reported that they’d broken up the event because of disorderly conduct.
(Nir Hasson, Haaretz+)
Meet the Legal Crusader Fighting Israel’s Kahanists and Exclusionists — and Winning
Orly Erez-Likhovski is a key warrior in the battle against extremism in Israel, including the ongoing struggle to secure an egalitarian prayer space at the Western Wall. (Judy Maltz, Haaretz+)
Inside the Unlikely, Unofficial Ties Between Israel and the Kurds
Israel has been a strategic supporter of the Kurds for many decades, even speaking out on the ethnic group’s behalf after the recent Turkish incursion into Syria. Now, though, some Kurds are saying actions speak louder than words. (Wilson Fache, Haaretz+)
As Pilgrims Descend on Bethlehem for Christmas, Palestinians Look Beyond Religious Tourism
A new form of tourism has taken root, focused on the city's residents, their culture and history and their struggles under Israeli occupation. (The Associated Press, Haaretz)

Elections 2019/Netanyahu Indictment Commentary/Analysis:
Hang on Until Midnight (Haaretz Editorial) . It bears repeating the obvious: The reason for the political deadlock is no mystery. Despite the lies the prime minister is feeding the public, neither Kahol Lavan nor Avigdor Lieberman are the reason that there is no government. The person dragging an entire country to the ballot box for a third consecutive time is none other than Benjamin Netanyahu, who is “holding Israeli citizens hostage to his legal battle,” as Benny Gantz said so well in response to the inflammatory campaign of incitement that Netanyahu has launched since the announcement of the indictments being served against him. Kahol Lavan members deserve kudos for not falling into the trap Netanyahu laid for them with his insincere talk of unity, and we can only hope that they won’t be tempted to do so in the remaining hours. Netanyahu has no interest in unity or in healing divisions. The only thing on his agenda is his legal fate and reinforcing his rule, even at the price of damaging the systems of governance and public faith in these institutions.
Blue and White compromise exposes Netanyahu's bluff (Ben-Dror Yemini, Yedioth/Ynet) Gantz's party has relinquished its demand for the prime minister to step down as last-ditch effort to prevent a third round of elections in a 12-month period, but as that failed it became clear that Netanyahu had no intention of preventing another vote in the first place.
Not a Disaster, a Sign of Hope: Israel Needs This Third Election (Ravit Hecht, Haaretz+) Yair Lapid giving up his spot as potential PM shows the Kahol Lavan leadership has learned, and might finally bring about Bibi's downfall.
The ultra-Orthodox must prevent another election (Yitzhak Nachshon, Yedioth/Ynet) The looming third national ballot signals a chance for the Haredi leadership to protect the interests of its community above all else, like thwarting public transport on Shabbat, even if it means abandoning a long standing alliance with Netanyahu.
Just before being dragged to the polls - there are some questions that need to be asked (Isaac Ben-Ner, Maariv) Everyone is preparing for the election and in the absence of any tweets by Yair (Netanyahu), there are some questions that must be asked to reinforce doubts and heresy before the people vote for the paralyzing and despairing tie. Is the law for a prime minister, who can legally continue to serve with serious indictments on his head until the end of his trial, the same law as for an outgoing prime minister, who wants to be his party's prime ministerial candidate again, with the most serious indictments on his head - and who is authorized to decide and decide on this issue? The President? The Attorney General? The Knesset? The three of them together? High Court? Is there no authority that prevents the prime minister from exploiting with irresponsibility, as he does, security and national problems for his election campaign - starting with the removal of ambiguity on military and intelligence activities, through arrogant threats and senseless policy statements - such as annexation of the Bekaa Jordan Valley, contrary to the opinion of the defense establishment, the majority of the public, the Council of Europe and warnings from Jordan about the damage to the peace treaty with Israel?
Israel needs a good shakeup (Amihai Attali, Yedioth/Ynet)  The powers that be are completely dysfunctional, campaign budgets are skyrocketing and there is still no leader in sight to bang on the table and demand that if we're going into another election cycle, for everyone's sake, at least make it a quick one.