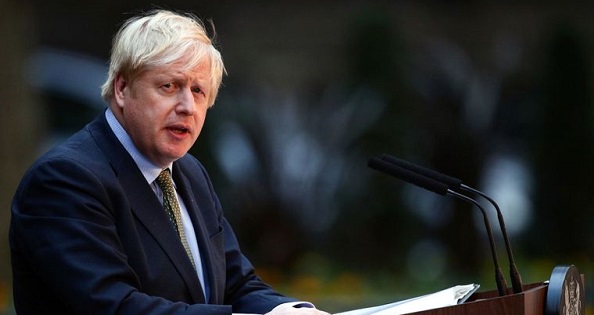 Quote of the day:
“Some parents are afraid of the influence we might have on the youth. It’s simply appalling. We visit other schools, and one of the first questions we ask is whether the teens have ever met a Palestinian. Everywhere we go, the answer is no, and then they realize that the person in front of them is a human being. Apparently that scares the government."
-Aharon Barnea, member of the Bereaved Families Forum, reacted to the cancellation of a meeting of bereaved Israeli and Palestinian family members with high school students in a town in Israel's north.*
Front Page:
Haaretz
Yedioth Ahronoth
Maariv This Week (Hebrew links only)
Israel Hayom


Top News Summary:
The battle between Israeli Prime Minister and Likud Chairman Binyamin Netanyahu and his rival for Likud leadership, Gideon Saar, ahead of the Likud leadership primaries in 11 days, the continuing violence in the Arab sector that is beginning to be pointed towards its mayors and the victory of Conservative party leader Boris Johnson in the British elections, much to the relief of Israel and many Jewish British, were the top stories in today’s Hebrew newspapers.

The 91st Arab Israeli was killed in a violent act this year, he is the fourth victim of his family, and shots were fired at the home of the mayor of the Arab-Israeli town of Sakhnin and his car was set on fire in the increasing violence directed at the elected leaders of the Arab local authorities in Israel. (See Commentary by Jaafar Farah about the reasons in Commentary/Analysis below.) Mayors told Maariv "We are being threatened with murder.” Two weeks ago a man was arrested in village of Jadeida-Machar on suspicion of shooting at the mayor and burning his car, while about a month and a half ago, a someone shot at the car of a senior employee of the Nahaf village municipality, damaging his car. Sakhnin Mayor Dr. Safwat Abu-Raya  told Yedioth Hebrew, “I’m afraid for my children.” Haaretz+ also reported that the Israeli Arab leadership has presented a plan for eliminating gun violence in their communities, which require not only government resources, but the closing of socio-economic gap with the Jewish sector.

Features:
'I said, get up, Mother. Then I realized she was dead': Survivors of Israel's Gaza strike speak out
An 11-year-old girl in Gaza lost her parents, her brothers and her home when the Israeli air force bombed Dir al-Balah last month. New testimonies from the inferno. (Gideon Levy, Haaretz+)
We were like dreamers: Re-enacting the liberation of the Temple Mount  in the Six Day War
The last moments of alert, the flag from 1948 and the grandmother's explicit command.  Two weeks ago, company soldiers from the 71st Battalion, 55th Brigade of the Paratroopers, shared memories from 1967 at the Ammunition Hill Events Hall, ending an intense day that included visiting the Temple Mount, where they retold what happened (See VIDEO). Commander Yoram Zamush said the liberation of Mount Moriah - by his company - the place which is the source of the creation of the world, in which the Sacrifice of Isaac took place and on which the Holy Temple was built, is the most important event in the history of the Jewish people. (Dr. Uri Milstein, Maariv + YOUTUBE VIDEO OF VISIT TO TEMPLE MOUNT)
A Palestinian Shooting That Doesn’t Alarm the Israeli Army
A Palestinian was killed in the West Bank, allegedly by his brother, then the victim’s home was shot at. But Israeli security forces haven’t acted in the second case, despite their authority to do so. (Amira Hass, Haaretz+)
Hiking Israel's iconic cross-country trail could kill you
Over one-third of Israel’s territory is designated as army firing zones. What happens when the Israel National Trail passes through one? (Dani Bar On, Haaretz+)

Interviews:
'We waited two hours to enter Israel. Security agents asked to see our Facebook profiles'
This week at the Tel Aviv airport: French political science students who find Istanbul safer than Paris, and Israeli High-tech bros heading on a surfing trip because 'life is not a dress rehearsal.’ (Interviewed by Liat Elkayam in Haaretz+)