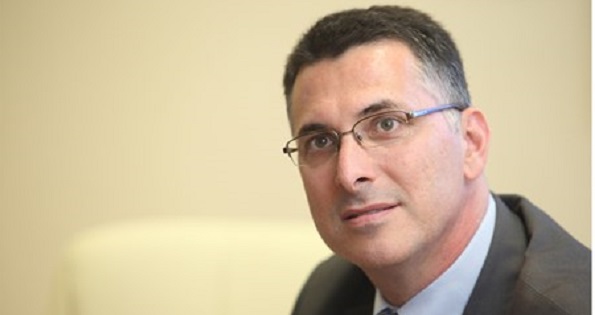 Quote of the day:
"(Everyone) worked here together in agriculture. There was no difference between them. After a hard day's work in the field they sat together on the ground, each one took out the food he had brought from home, and everyone ate some of the other’s food. One told a joke, another told a story, and that’s how they passed time pleasantly. They liked one another, they laughed and they cried together.”
--Shfaram Mayor Ursan Yassin, 65, described to a group of visiting Jewish descendants his father's description of the shared life of Jews, Christians, Druze and Muslims, who lived "like one family" in the town until 100 years ago, when the Jews left for other parts.*
Front Page:
Haaretz
Yedioth Ahronoth
Maariv This Week (Hebrew links only)
Israel Hayom

Alongside the killing of two bicyclists hit by a car and the Intel acquisition of an Israeli start-up for $2 billion, today’s top stories were about the latest moves of Israeli politicians ahead of the upcoming elections.

MK Gideon Saar launched his campaign by praising his rival for the Likud leadership, Israeli Prime Minister Binyamin Netanyahu, but declaring that Netanyahu has no chance of forming a government and voting for Saar in the Likud primary next week “will ensure a Likud rule, and a new government led by us," he said, adding that “A vote for Netanyahu is a vote for the next opposition leader." The battle is fierce and some pro-Netanyahu Likud activists made a video portraying Sa'ar as a terrorist, given orders by left-wingers.

Meanwhile, Meretz decided to keep its chairman and not hold primaries and will likely form a list with the Green Movement, headed by Stav Shaffir, and the Israel Democratic Party, headed by Yair Golan. in order to get a bigger campaign budget. And the New Right launched its election campaign featuring Naftali Bennett, but not Ayelet Shaked, who apparently has not yet decided which party she is going to join. Yisrael Beiteinu chairman Avigdor Lieberman slammed Kahol-Lavan, accusing it of “cooking up a deal with the Orthodox parties” and not continuing with its last election promise to form a secular unity government.

Features:
Why 88 Israeli Arabs Were Murdered This Year, but Only 27 Cases Were Solved
Shooting deaths of Israeli Arabs are surging, but investigators are hamstrung by a lack of evidence and eyewitnesses who won’t talk. The result? Lenient plea deals. (Josh Breiner, Haaretz+)
A question of alarm
The increasing numbers of victims of anxiety and injuries while running to bomb shelters, alongside the increased number of false alarms, have led senior officials in the IDF to consider whether, during regular periods only - to give up sounding the alarms and to only rely on the Iron Dome anti-missile battery. The Home Front opposes: “The price of a single rocket that causes deaths, even if it’s unlikely, is greater than all the suffering from anxiety and physical injuries.” (Yedioth Hebrew)
*Jewish Israelis Find Their Roots in This now-Arab City
About 100 years ago, the last Jew left Shfaram, now a predominantly Muslim city in northern Israel. Last month, its mayor hosted dozens of descendants of the Jewish community at an event that was part history, part coexistence. (Ofer Aderet, Haaretz+)
Trump, Israel and the Middle East: Mayhem, betrayal and 'America First'
Allies, officials and now the Congress have sounded the alarm about the U.S. president's foreign policy. From Syria to Iran, Haaretz takes a deep dive into the impact of three years of Trumpism in the Mideast. Click on 'hotspots' and 'administration' for the complete breakdown. (Alexander Griffing and Esther Solomon, Haaretz+)

Elections 2019/Netanyahu Indictment Commentary/Analysis:
The right-wing camp needs to go out to the polls and determine the fate of our people (Dr. Haim Misgav, Maariv) The one who is now stands at the head is Netanyahu, and behind the ballot curtain we must forgot everything they accuse him of. It may all be right - and it may all be wrong. The vote for him is a vote for "the camp" of the right-wing.
Don't eulogize the Right just yet (Mati Tuchfeld, Israel Hayom) Contrary to what some in the opposition would have you believe, the 55-member right-wing bloc is alive and kicking and the rumors of its demise have been greatly exaggerated.
The source of the gap between the will of the people and what politicians think it wants (Rabbi Avi Berman, Maariv) Politicians communicate with us mainly through the media. This situation led them to adopt a divisive discourse. The algorithm defeated the people on the ground and with it the perception that the people were interested in a schism in society.

Other Commentary/Analysis:
Let Us Speak Arabic Too (Rana Ghanem Zeen El Deen, Haaretz+) Israel must stop perceiving language as a national-identity issue and start to perceive it as a resource. Think about those who are not finding their place in the job market due to the language barrier. About those who sign up for unemployment or work at jobs that don’t make use of their abilities.
Hebrew, speak Arabic - a tool for coexistence (Michael Milstein, Yedioth Hebrew) The lack of knowledge of Arabic among Jews is multi-dimensional: It makes direct dialogue and developing relationships difficult, and it especially prevents knowing the world and the culture of the Arab citizens. Jews who were asked why they were put off about learning Arabic gave a variety of answers: Security fear, lack of understanding how it is useful, and cultural contempt. Those who learned Arabic in middle school and high school were taught mainly the Arabic of literature. Soken Arabic, which is the real key to direct personal dialogue, is practically not taught at all.
Bennett, the Battle for Judea Has Been Decided (Shaul Arieli, Haaretz+) The imaginary “Kingdom of Judea” envisioned by Naftali Bennett and his pals from Gush Emunim, in all its transformations, has fallen. The truth is, it never really arose after its destruction following the failed Bar Kochba revolt. The defense minister has known this for some time. His decision to expand the Jewish enclave in the old city of Hebron – by adding a neighborhood lying on the rooftops of stores in the former and now abandoned Hebron wholesale market – will not change reality, a gloomy one in his eyes. It will only increase the price Israel will have to pay one day for its restoration to sanity.
Is it time for Israel to codify its national security strategy? (Yaakov Lappin, Israel Hayom) For years, Israeli governments have made strategic decisions without formal principles on how to conduct national security efforts, including the use of military power.
Israel’s Left Has Forgotten What It Means to Be Leftist (Issawi Freij, Haaretz+) “We promised and we’re delivering,” announced Labor Party Chairman Amir Peretz a few weeks ago in a Facebook post in which he enumerated the agreements he’d reached with Kahol Lavan regarding the formation of a coalition that never materialized. Everything was there, in those agreements — minimum wage, contract workers, free education from birth, public housing and many other worthy and important demands made by Labor. Everything but one item that was once the essence of the party’s identity and is now not even part of its coalition demands — the quest for peace.
Right-wing Jews are not 'weaponizing anti-Semitism' (Adam Levick, Israel Hayom) The lead drafter of the IHRA Working Definition of Anti-Semitism attributes its inclusion in Trump’s executive order on anti-Semitism to “right-wing Jewish groups,” but fails to explain support for the measure from the AJC and ADL, among others.
Trump is actually undermining America's relationship with Israel (Susie Gelman, Haaretz+) Despite offering a veneer of commitment to Israel, the White House is shaping an environment that is less stable and less safe for the Jewish state.
American Jewry is here to stay (Alon Pinkus, Yedioth/Ynet) No Jewish community has thrived more, prospered more and enjoyed religious freedom more than the one in the United States; one cannot ignore the anti-Semitism that does exist there but one cannot say that it poses an existential threat.
How Trump and Netanyahu split ways on Iran, pushing Israel to act alone (Amos Harel, Haaretz+) Though many on the pro-settler right still think Trump is a divine miracle, senior Israeli officials have come to the disquieting realization that, in its hour of need, Israel can't rely on the president.
El-Sissi has created a dilemma for the US (Itzhak Levanon, Israel Hayom) Egypt can buy aircraft from Russia and be punished by losing American aid, which will cost the US leverage. Or the US can sell it the F-35, which would fail to ensure that Israel keeps its qualitative edge.
If Israel has to manage without its American strategic partner, it will still survive (Anshel Pfeffer, Haaretz+) As the Israeli economy has grown, the need for American assistance has decreased and the actual costs for Israel of a dependency on American arms are becoming more evident.
Israelis Love Trump. They're Not the First to Fall for His False Promises (Benjamin Parker, Haaretz+) If he’s re-elected, Trump won’t need to appease eagerly pro-Israel evangelicals anymore. He’ll able to indulge his natural inclinations, which might not be quite as friendly toward the Jewish state.
What About Israel’s Refugees? (Haaretz Editorial) The first Global Refugee Forum opened this week in Geneva. Organizations and countries from around the world sent delegates; Israel sent officials from the Foreign Ministry and the Interior Ministry’s Population and Immigration Authority. It is important for Israel to be represented at the conference, since it too is affected by the refugee crisis. It’s highly doubtful, however, that its representatives will speak openly about Israel’s ineptness in dealing with the global refugee crisis. According to Population and Immigration Authority data, 29,000 asylum seekers from Eritrea and Sudan live in Israel. Some have been here for over a decade, but their applications for asylum were never approved. They are forced to live here without legal status, devoid of rights and of hope. That, despite the fact that the fence that was installed on Israel’s border with Egypt completely prevents any additional asylum seekers from entering the country.
Lebanon’s Protest Have Only One Solution, and It’s Nowhere in Sight (Zvi Bar'el, Haaretz+) With long and tiresome negotiations expected over the country's next government, the question is how long the public can wait while avoiding violent clashes.
ISIS Is Still Alive and Well in Sinai, and Israel Fears a Major Attack on Its Egypt Border (Amos Harel, Haaretz+) ISIS may have been crushed in Syria and Iraq, but the group's branch in the Sinai Peninsula is continuing to function without any noticeable problems.