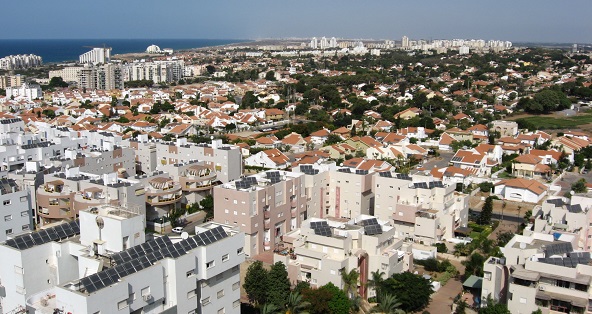 You Must Be Kidding:
On a scale of 1 to 10, fully 82% of Israeli Arab youth surveyed rated minority rights either a 9 or 10, in terms of importance. Among Israeli Jewish respondents, the figure was 37%, while in the Palestinian Authority, it was 34%.*
Front Page:
Haaretz
Yedioth Ahronoth
Maariv This Week (Hebrew links only)
Israel Hayom

Top News Summary:
Likud members vote today for either Israeli Prime Minister Binyamin Netanyahu or MK Gideon Saar to be the leader of their party amidst a rough storm blasting across the country (raising fears of a low turnout) and, embarrassingly, Netanyahu was forced off the campaign stage in the south last night due to a rocket launched from Gaza (to which the IDF retaliated in the middle of the night - no casualties reported), and deaths from the flu spike - making top stories in today’s Hebrew newspapers. Also in the news, IDF Chief of Staff Aviv Kochavi gave a speech with a number of messages and warnings.

IDF Chief of Staff Lt. Gen. Aviv Kochavi said the there was a reasonable possibility of a limited confrontation with Iran, and also said that Israel will continue to act to remove Iranian weaponry from entering Syria from Iraq and prevent the threat of precise missiles. Regarding Gaza, he said Hamas is concentrating on improving the condition of civilians, and it was the Islamic Jihad which was responsible for the vast majority of attacks on Israel in the past year. Regarding The Hague inquiry into alleged Israeli war crimes he said that the IDF must act with the greatest morality and that israel will continue to operate in urban areas where the enemy has chosen. (Maariv)

Features:
WATCH From Bethlehem to Tel Aviv, Here's What Christmas in the Holy Land Looks Like
Bethlehem sees most successful year in history for tourism to the West Bank. (Haaretz+VIDEO)
Arabic for the advanced
They don't miss a single episode, they rewatch seasons, and even the anger over how the Arab characters are portrayed doesn't keep them away from the remote: This is how the TV series, “Fauda,” conquered the Arab sector. Ahead of the third season, we heard from Arab fans what made them addicted to the show, how their environment accepts that they are watching a series that deals with the conflict through the eyes of undercover IDF soldiers masking as Arabs, and what they think of the Israeli actors' Arabic: "The Arab accent is often ridiculous. If soldiers from Duvdevan (undercover unit) would talk like that, they would be discovered in a second.” (Yoav Birnberg, Yedioth Hebrew)
'No money for medicine or heating'
Some Israelis instead of selebrating Hannukah resort to selling their household goods to survive; search for furniture on the streets, give up medication and cut off heat in winter; NGOs hand out blankets and winter supplies for the elderly, Holocaust survivors and those in need. (Ynet)
Top secret IDF unit allows glimpse into ops 'you'd only find in thrillers'
Military Intelligence Unit 504, which sends undercover agents to missions overseas, allowed Israel Hayom to take a peek at documents detailing operations that could easily be made into Hollywood blockbusters. (Hanan Greenwood, Israel Hayom)
Jerusalem architect follows in footsteps of his friend Amos Oz in new book
‘I wanted to give it to him on his 80th birthday, but he died on me,’ says David Kroyanker, author of ‘The Jerusalem of Amos Oz.’ (Naama Riba, Haaretz+)

Elections 2019/Netanyahu Indictment Commentary/Analysis:
Likud primary election offers a choice between two bad options (Haaretz Editorial) We can be happy that Netanyahu’s leadership is being challenged, and perhaps a door has been opened for a change of personnel. Still, the Likud leadership battle exposes how radical the party has been become ideologically. Likud supports annexing the occupied territories and creating the basis for an apartheid regime, while demonstrating contempt for international law. Sa’ar’s campaign, which was launched in Khan al-Ahmar, made it clear that it is challenging Netanyahu from the right.
Aftermath: How can we continue to live here without Netanyahu? (Ephraim Ganor, Maariv) The feeling is that the prime minister's days in office are few. How do we deal with the fact that our lives will become a long yawn? How will we eliminate the boredom?
Cool Tel Avivian or pro-settler nationalist? Netanyahu could be ousted by this man (Anshel Pfeffer, Haaretz+) Gideon Sa'ar was an outsider far to the right of Likud, but he went on to help Netanyahu transform the party from a beaten shell of itself to a fighting parliamentary machine. Now he's back to try to take over the party.
High Court's Netanyahu verdict may pose danger to democracy (Ben-Dror Yemini, Yedioth/Ynet) Netanyahu is publicly corrupt, he deepens the rift within our society, cooperates with racists and leads us to a one-state disaster; but even assuming that he's is bad for Israel, a judicial decision to ban him from the premiership is much worse.
The leader is not above everything (Limor Livnat, Yedioth Hebrew) A day when about 120,000 Likud officials are given the right to go to the polls to elect the chairman of the movement, who is also the prime ministerial candidate, should be a holiday. 77 of the incumbent Knesset members have been appointed by their party leader: according to his desire he appoint and according to his desire he dismisses. Only some of the 11 Knesset members of the Labor- Gesher and the Democratic Camp were elected (only in Meretz are there still democratic elections), and only 32 Likud MKs were elected in the primaries. In the Likud, we always were proud of our internal democracy. We were so proud that we had never challenged the leader - even when he was prime minister - an act of "betrayal," "subversion," "putsch," or some kind of declaration of war as some call Gideon Sa'ar's decision to run against Netanyahu. Olmert ran against Sharon in 1999. Netanyahu himself, the foreign minister in the Sharon government, ran in the primaries for the head of the party…and in November 2002, without shaking hands, he lost. After winning, Sharon, by the way, appointed Netanyahu as finance minister.
Likud’s Netanyahu-Sa'ar Showdown Pits Tribal Loyalty vs. Rational Expediency (Chemi Shalev, Haaretz+) The prime minister faces formidable legal and political obstacles, but his fans won’t abandon him in his time of need.
It's just me and my Labor: Amir Peretz is putting the center-left bloc in danger (Ran Edelist, Maariv) For the information of the chairman of the Labor party, the Labor Party must disband. The situation requires leadership that will divide the slice so that Kahol-Lavan will require additional seats.
The Israeli Center-left Must Open Its Eyes (Ehud Barak, Haaretz+) Those of you in the center left must open your eyes. The election will determine the size of the bloc, not the size of the party. The center left’s unwillingness to take decisive action to build a winning bloc, in total contrast to the right, constitutes inexplicable blindness on the part of its leaders. If even one of the small leftist parties fails to meet the electoral threshold, it could guarantee the establishment of a government headed by Benjamin Netanyahu, which would be a disaster.
Left-wing and right-wing concepts have no real economic or social connotation (Zalman Shoval, Maariv) In recent years, the definitions of "left" and "right" relate mainly to Palestinian issues in Israel, to settlement in Judea and Samaria, to the idea of two states and the like.

Interviews:
"I have nothing to hide, my conscience is clean"
Fatou Bensouda for years served Yahya Jamma's murderous repressive regime - until she crossed to the other side. His victims claim: She knew and was silent. She is now responding for the first time to the harsh claims and to the question of whether someone who was the justice minister of the cruel tyrant can investigate Israel for "war crimes.” (Yaniv Khalili, Yedioth Hebrew)

"In Gambia, I have served my country and Gambia residents with dignity and integrity," she says, speaking of "an honest and irrefutable commitment to the law and equality before it, efforts documented in legal documents."
YK: Jamma’s victims present difficult evidence against you, how do you respond to them?
"I completely deny the false accusations and hints directed at me by some of the Gambian witnesses," she says through her spokespeople. According to them, “If her status and the restrictions arising from her role at the International Court of Justice in the Hague allow her, she would not hesitate to appear before the Gambia Truth Commission and answer all the false and misleading allegations made against sincer her absence from the state."
YK: Can anyone who served under one of the world's cruel dictators be a prosecutor in the Criminal Court in The Hague? Can she preach morality to Israelis?
"I have nothing to explain and my conscience is clean," she insists, explaining that she "implements the mandate given her with full independence, objectivity and professional integrity. All other hints or statements are simply misleading and unfounded." Bensouda's spokeswoman adds that "a thorough examination of the prosecutor's recent appeal to the judges (that is, the investigation she opened with regard to “war crimes” committed by Israel) only demonstrates the professional and responsible approach."