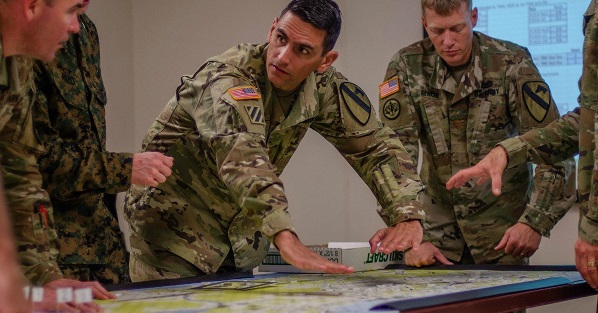 Quote of the day:
“When Muslims and Jews meet, even outside of the Middle East, they often feel insecure and suspicious. Even my desire to learn about Jews and Judaism, while living in Gaza, was something I was reluctant to share with others. And if I had never left, I would never have met Jews or Israelis outside of a military confrontation. I would always have been scared of them.”
—Mohammed M. writes in Haaretz how being hosted by a Jewish family while participating in a US leadership program that brings Palestinians and Israelis to Washington D.C. to live and work together changed his views.*
Front Page:
Haaretz
Yedioth Ahronoth
Maariv This Week (Hebrew links)
Israel Hayom


Top News Summary:
Israel tried to distance itself from the assassination of Iranian commander, Qassem Soleimani, while the US said it will and then it won’t withdraw its forces from Iraq, and at the Knesset, the Knesset legal advisor said he will likely dismiss himself due to a conflict of interests (Maariv) and MK Avigdor Lieberman threatened he will get the Knesset Speaker dismissed if the latter doesn’t agree to form a committee that will vote whether to give Israeli Prime Minister Binyamin Netanyahu immunity or not - making top stories in today’s Hebrew newspapers.

At the weekly security-cabinet meeting, Netanyahu said that Israel was “not the story” in the Soleimani assassination. “It is an American story and that's how it should stay.” Intelligence officials told those present that “there is no real threat to Israel from Iran" and at the Yedioth conference, GOC Southern Command Maj. Gen. Herzi Halevi reiterated that “We are not the central story here…We are watching from the side, it’s good it happened far from here…” Nevertheless, the US Embassy in Israel issued a warning to US citizens about possible rocket attacks on Israel.

After Iraq's parliament passed on Sunday a resolution telling its government to end the presence of foreign troops in Iraq, the US military sent a letter saying it would withdraw its troops. But later it said that that was just a poorly worded draft. At Soleimani’s funeral in Teheran, which had possibly the most mourners of any funeral in history, Iran’s supreme leader Ayatollah Ali Khamenei wailed. Hamas and Islamic Jihad leaders also attended. Hamas leader Ismail Haniyeh said that the “Criminal atmosphere propagated by the U.S. is what motivates the crimes of Israel both inside and outside of Palestine.” Egypt and Saudi Arabia were furious that Haniyeh attended.

The assassination of Soleimani came three days before the scheduled publication of the annual security report of the Institute for National Security Studies (INSS) at Tel-Aviv University, during which time the INSS updated the report. The bottom line was that “Soleimani's assassination increased the likelihood of war in 2020.” According to the researchers, "Suleimani's assassination gives greater weight to the possibility of escalation and the need to formulate a new Israeli strategy…and it holds the potential for strategic turnaround, the scope and scale of which is still early to assess.” (Maariv)

Features:
What You Need to Know About Israel’s New Diaspora Affairs Minister
Her appointment is almost certain to be short-lived, but that doesn’t mean world Jewish leaders weren’t wringing their hands Sunday when they learned that Tzipi Hotovely had just been named Israel’s next Diaspora affairs minister. Hotovely was slammed by many U.S. Jews in 2017 after she criticized them for their ‘convenient lives.’ Can she make amends in her new job? Non-Orthodox leaders have their doubts. A self-proclaimed religious right-winger, her values and positions seem bound to collide with those of large sections of the Jewish world, particularly in the United States. (Judy Maltz, Haaretz+)

Other Top Commentary/Analysis:
How Israel Covers Up Corruption by Its Spies, Soldiers and Arms Dealers (Yossi Melman, Haaretz+) Israel's security apparatus is in bed with an over-collaborative judiciary to hide dirty deals and espionage from public scrutiny.
Donations have become a substitute for a real welfare policy (Dr. Orit Miller, Maariv) This is how they solve the poverty problem in Israel today: They ask the citizens to open their heart and wallet for the benefit of others because the state does not have enough budget to do so.
To Prison, Again, for Protesting Against Israel's Colonial Rule (Jonathan Pollak, Haaretz+) I am currently detained in an Israeli jail, the result of refusing to attend or cooperate with criminal charges laid against me and two others for joining Palestinian protests in the West Bank against Israel’s colonial rule. It has been almost nine years since the last time I was incarcerated for more than a day or two. Much has changed since. Politically, reality does not even resemble that of a decade ago, and none of the changes were for the better.
*How I, a Palestinian From Gaza, Lost My Fear of Jews (Mohammed M., Haaretz+) Growing up in the shadow of the second intifada, I firmly believed that our fight was with Judaism. Then I was 'adopted' by a Jewish family in America.
Thoughts of immigration to Israel may now be forming in the American Jewish community (Yossi Ahimeir, Maariv) Not only religious and traditionalists, but liberals and secularists will also realize that there is no other way to really and truly protect their way of life, to ensure their safety and to avoid anti-Semitism.
This is religious Zionism’s privatization generation (Yair Ettinger, Haaretz+) The movement has a large number of identities that could not have previously existed within Orthodoxy’s boundaries.

Elections 2019/Netanyahu Indictment Commentary/Analysis:
Netanyahu's Biggest Bribery Isn't the One He's Indicted For (Kobi Richter, Haaretz+) “They accuse me of getting positive media coverage,” complained Netanyahu. No, you’re not accused of receiving positive coverage, but of giving a bribe worth millions (of my money as well as that of all other citizens of this country) in exchange for the positive coverage you sought. This is like a thief who steals a watermelon and when caught, whines about being accused of eating a watermelon. The most frightening thing is not what Netanyahu did or is accused of doing, but what will happen if he manages to continue to mortgage the future of this country for the sake of a maximal postponement of the legal proceedings against him. This is the biggest act of bribery, and this is the reason a person charged with bribery, proving each day that he’s willing to continue bribing to obtain immunity from prosecution, cannot continue to serve us, even if the complimentary comments of his supporters regarding his fantastic capabilities are true.
Elections 2020: As in the military, to win must you must go out to the field (Orit Farber, Maariv) The third round of elections brings an old new trend: “town square speeches,” just like the old days.
Lately, those close to me have difficulty understanding how I am prepared to defend Netanyahu (Nir Kipnis, Maariv) The impeachment of Netanyahu, not through elections, has in recent years become the goal that justifies all means of his opponents. I feel obligated to face them, even though they are from my "base.”
If Indicted Netanyahu Can Serve as PM, Why Can't Criminal Suspects Be Ministers? (Haaretz Editorial) After Netanyahu last week appointed Deputy Minister Yaakov Litzman to be health minister even though five months ago police recommended he be prosecuted for bribery, fraud and breach of trust, and given the fact that the prime minister himself is accused of bribery, fraud and breach of trust, one is forced to admit that Bitan’s logic is even more valid now. If Netanyahu, Dery and Litzman can, why can’t Bitan? That’s how it is when corruption becomes the prevailing government norm.