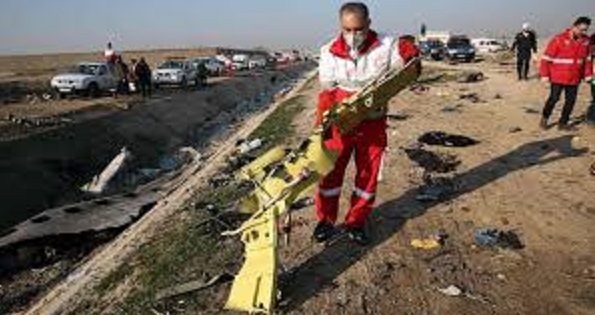 Quote of the day:
“Regretfully, the law is abandoned on the road to Isawiyah."
--Association for Civil Rights in Israel (ACRI) lawyer Tal Hassin wrote in a letter to the police, following the detention in an illegal manner of about two hundred Palestinian children, some under the age of 12, since the start of regular police raids in the E. Jerusalem neighborhood of Isawiyeh.*


Top News Summary:
Iran admitted to accidentally downing the Ukrainian plane and Iranian people protested in the streets, the Education Minister shocked with homophobic remarks and educators protested with tolerance lessons and the right-wing and the left-wing are working on possible unions ahead of the deadline later this week for declaring party lists, making top stories in the Hebrew newspapers. Also, the the Sultan of Oman, an Arab leader who had contacts with Israel and was a key Mideast mediator, died.

The right-wing tabloid papers, ‘Israel Hayom’ and ‘Yedioth’ led their papers with ‘Iran’s lies,’ while Haaretz and Maariv simply reported that Iran had admitted it mistakenly downed the Ukrainian plane. Angry Iranians took to the streets against the Iranian regime for its mistaken and for initially concealing it. Meanwhile, Israel's Education Minister Rafi Peretz, an Orthodox rabbi, sparked an uproar with his homophobic remarks against single-sex couples. Israeli educators responded by holding tolerance classes.


Elections 2020/Netanyahu Corruption Case News:
Just days before the Wednesday deadline to register political party lists, the parties were scrambling to merge - or not. Meretz and Labor were to decide today whether to merge. Meanwhile, Moshe Kahlon was expected to announce his retirement from political life on Monday. Kahlon, is leader of the Kulanu party, which merged with Likud last year. Israel Hayom Hebrew reported that sources in Kahol-Lavan said there is an internal dispute in the party leadership over investment of campaign resources in the Arab sector. (Religious) MK from the party (and former cabinet secretary under Netanyahu), Tzvi Hauser, said, “Investment in the Arab sector is making voters on the right-wing flee” and that the move “did not bring results.” To that MK Ram Ben-Barak (former deputy director of the Mossad and former director general of the Ministry of Intelligence Services) shot back: “And do you succeed more in the religious Zionist sector?”

Likud MK and close confidante of Prime Minister Binyamin Netanyahu, David Bitan, declared he was would not accept his appointment as agriculture minister. Bitan is expected to be indicted on multiple corruption charges.

Knesset Legal Advisor Eyal Inon was to give his legal opinion Sunday on whether Speaker of Knesset Yuli Edelstein (Likud) could prevent the establishment of a Knesset committee that would decide on whether to give Netanyahu immunity or not. (UPDATE: Inon said Edelstein could not prevent the formation of the committee.) The chairman of the Knesset Regulatory committee, MK Avi Nissenkorn (Kahol-Lavan), said that 65 memebers of Knesset from Kahol-Lavan, Yisrael Beiteinu (Avigdor Lieberman's party), Labor-Gesher, the Democratic Camp and the Joint List (mostly Arab party) signed a demand to convene the Knesset committee to torpedo the Prime Minister's request for immunity. (Maariv)

Features:
Inside the Shadowy World of Israeli Arms Dealers
Some say the business isn’t really all that profitable, except when you score that one very big deal. (Shuki Sadeh, Haaretz+)
Advocating for Israel via philanthropy
Impact Forum’s “silver-bullet” method lies in collaboration between philanthropists and pro-Israel organizations to produce maximum impact. (Eliana Rudee, Israel Hayom)
The Secret Israel-Soviet Union War Nobody Knew About
A new book follows how Israel got dragged into a battle it couldn’t win in 1970. (Ofer Aderet, Haaretz+)
It Took a Decade for This Palestinian to Learn She Was Allowed to Live in the West Bank
Sura Tawil didn’t know a new ID was waiting for her since 2011. So who’s responsible for the failure, the Palestinian side that issues the cards or the Israeli side that approves them? (Amira Hass, Haaretz+)

Interviews:
Israel’s Top Arab Politician: Gantz's Party Wanted to Treat Us Like a Mistress
Ayman Odeh tells Haaretz why his photo with Benny Gantz was historic, why his most important message is unity on the whole left, and whether he’ll ever establish a truly Jewish-Arab party. (Interviewed by Ravit Hecht in Haaretz+)

'The prosecutors are reinterpreting the law'
Prime Minister Benjamin Netanyahu's younger brother Iddo, a doctor and playwright, speaks to Israel Hayom about how the wrongs being done to his brother have wronged Israeli society as a whole. (Interviewed by  Amnon Lord in Israel Hayom)

Merge, Rejuvenate or Desist: How to Save the Israeli Left
Veterans of the Israeli left lay out what they believe would save it. So why does the coming March election spell trouble? (Interviewed by Ravit Hecht in Haaretz+)