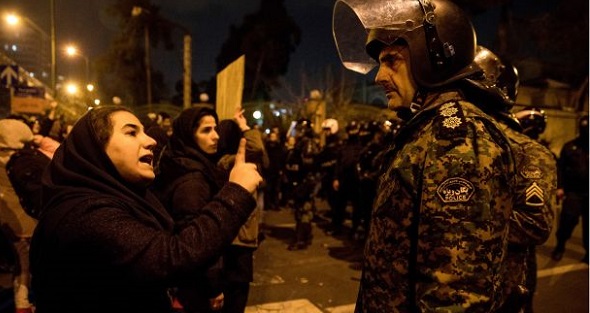 Quote of the day:
"It will turn us into Saudi Arabia."
--Author Haim Be'er said in answer to an interviewer, who asked him how will Israel look if religious Zionism comes to power and leads the country.*
Front Page:
Haaretz
Yedioth Ahronoth


Elections 2020/Netanyahu Indictment News:
Today’s Hebrew papers returned to local politics as the the Likud battle for Israeli Prime Minister Binyamin Netanyahu’s immunity heated up and the two Zionist left-wing parties discussed uniting. In a blow to Netanyahu, Knesset Legal Advisor Eyal Inon said that the Knesset Speaker, Likud MK Yuli Edelstein, cannot veto the convening of the committee that decides to form another committee that will decide whether to give Netanyahu immunity or not. Edelstein was the one who requested the legal opinion and then rejected it, as ‘Israel Hayom’ emphasized on its front page.

And, it appeared that overnight, the veteran left-wing parties Labor party chief Amir Peretz and Meretz chief Nitzan Horowitz would sign an agreement to run on a joint list, out of fear that they might not pass the threshold and not make it into the Knesset. UPDATE: They did unite, with the head of the Gesher party Orly Levy-Abekasis acting as number two and Horowitz in the third slot. However, MK Stav Shafir was left out of the union.

Qassem Soleimani Assassination Aftermath:
The aftermath of the US assassination of Iranian military leader, Qassem Soleimani, continued to make news, but what the Israeli papers found most interesting today in Iran was that Iranian students “defied the regime and respected the Israeli flag” when they stepped around the floor murals of the Israeli and US flags at a rally against their own regime for the mistaken downing of the Ukrainian plane. "You are responsible for this, you are lying to us that the enemy is America, but the enemy is right here," they were heard chanting in the video. (Also Ynet Hebrew)
General Quick Hits:

Features:
As Israeli Arabs Contend With Uptick in Gun Violence, Schools May Have the Answer
'Violence is felt on a daily basis. It's impossible to shut your eyes and ignore it,' says school principal, part of a growing movement of educators offering goals and dreams to replace fear and oppression. (Shira Kadari-Ovadia, Haaretz+)
One state or two? The voices of the Palestinians
They don’t believe that peace is near and they make clear - there will be no more compromises. We talked to five Palestinians in a cafe in Tel Aviv, and we heard from them about a possible solution. A mother of five from Bethlehem believes in "one joint state, with one parliament", while a former senior preventative security official advocated for "two states based on Oslo Accords.” Watch the Palestinians talking. (Asaf Kamar, Ynet Hebrew VIDEO)

Elections 2020/Netanyahu Indictment Commentary/Analysis:
With Mergers From Left and Right, This Should Be the Most Fateful Israeli Election (Anshel Pfeffer, Haaretz+) But for six years now, Israeli politics has been gripped by Bibimania, and this will last for another seven weeks, at the very least.
Everything is legal: The amendments to the Immunity Law are not intended to make the Knesset a safe haven (Dr. Haim Misgav, Maariv) The Prime Minister is acting exactly within the framework of the Knesset Immunity Law. He did not seek to change it as his haters claimed. He does what is appropriate to do in the face of the ongoing campaign of persecution against him.
With Demise of Left, Netanyahu-Gantz Showdown Is Like Trump-Romney Faceoff (Chemi Shalev, Haaretz+) If Bernie Sanders had stayed in Israel, he would have been ejected from politics long ago.
Legally wrong (Ben Dror Yemini, Yedioth/Ynet) Parliamentary legal adviser says Knesset speaker cannot prevent committee of MKs debating Netanyahu immunity, but while this was the correct call, there are real implications for this decision, not least reinforcing public perception of a crooked judicial system.
Netanyahu's Trial Train Has Left the Station, but His Cronies Will Do Anything to Stall It (Yossi Verter, Haaretz+) Creation of a panel tasked with discussing the premier's immunity is now a fait accompli, despite Knesset speaker's resistance ■ Labor and Meretz are entering into a shotgun wedding.
Yes to a Unification of the Israeli Left (Haaretz Editorial) On Sunday, two days before the deadline for submitting party slates to the Central Elections Committee, Labor Party Chairman Amir Peretz proposed negotiations on a joint ticket with Meretz in the March 2 election. Peretz was wise to come to his senses at the last minute. The decision to run together is a calculated, cautious move aimed at furthering the center-left bloc’s main goal – replacing the Likud-led government headed by bribery suspect Benjamin Netanyahu and preventing the formation of a nationalist government that would grant him immunity from prosecution.
The Real Reason Mizrahim Vote for Netanyahu, and Why the Left Can't Win Them Over (Carolina Landsmann, Haaretz+) Contrary to leftist popular belief, Netanyahu supporters aren't voting against their interests, explains sociologist Nissim Mizrachi.
Edelstein was confused: He is trying to turn the Knesset of Israel into a safe haven (Ben Caspit, Maariv) "Mafia," Mr. Knesset Speaker, is to threaten and incite the police, the State Attorney's Office and the High Court. To express disbelief in how you are functioning is the democratic right of all factions.
Political Correctness Harms Israel's Left, Especially at Election Time (Iris Leal, Haaretz+) Let’s tell it like it is: Political correctness, as important as it may be, has taken over the public discourse, and according to the new priorities, we’re more appalled by the live transport of animals for slaughter than by the bitter lives of the Palestinians. Education Minister Rafi Peretz’s interview with the daily Yedioth Ahronoth this week, and the reactions to it by the left on social media, are perfect examples of this. Even though his remarks about LGBT people and “natural” families are abhorrent to the majority, and there’s no danger that Israeli society will regress 50 years, the comments set off an uproar…and during the ensuing ruckus it was forgotten that Peretz has proposed annexing the West Bank, denying the Palestinians the right to vote and establishing an apartheid regime.

Other Top Commentary/Analysis:
'Pompeo doctrine' is a once-in-a-lifetime opportunity (Alex Traiman, Israel Hayom) Alongside the most pro-Israel US government in history, Israel finds itself caught in a political holding pattern, wasting precious chances that may not come again.
Annexation is crazy, and could become reality (Raviv Drucker, Haaretz+) So why did you decide on the annexation of the Jordan Valley, of all things, I asked a senior Likud official, one of the few who is privy to such resolutions? After all, it is home to a relatively small number of settlers, some of whom have no problem with resettling elsewhere, and the annexation would jeopardize the peace with Jordan…We received indisputable intelligence that Kahol Lavan is set to announce it a few days before the March 2 election, was the Likud figure’s astonishing reply. It was supposed to be their ace in the hole and we beat them to it…As astonishing (and horrifying) as it sounds, the supposed sane alternative to Netanyahu agreed to the crazy step of annexing the Jordan Valley. Now the U.S. administration is talking about publishing its much-maligned peace plan before the March election. Why before? The heads of Kahol Lavan are sure it’s President Donald Trump’s new way of helping Netanyahu. Instead of talking about criminal immunity, they’ll talk about a major deal, about annexing the Jordan Valley, about accomplishments that only Netanyahu can perform...And so, what appeared to be another trick by Netanyahu, to be pulled out 48 hours before the polls open, is slowly but surely becoming a serious proposal, which is risky beyond belief.
Building on the hills (of the West Bank) will save the Tel Aviv area (Maj. Gen. (res.) Gershon Hacohen, Israel Hayom) The unnatural crowding on Israel’s coastline has thrown the eco-system out of kilter. Planning should be shifted eastward to take advantage of Israel’s geography.
The calming of the situation in the region lies, among other things, in a restrained policy by Iran (Yoram Schweitzer, Maariv) The issue of revenge arises in every targeted counterterrorism leader, and in the case of Qassem Soleimani, this question also engages many outside Iran, as he was close to the Supreme Leader Khamenei.
Soleimani Assassination Rattles Hezbollah's Grip in an Already Shaken Lebanon (Zvi Bar'el, Haaretz+) Lebanese citizens, already deep in their own political and financial crisis, reject Iranian retaliation by proxy.
Ukrainian airliner is Iran's Chernobyl (Raz Zimmt, Yedioth/Ynet) The anger of the Iranian public over Tehran's attempt to avoid taking responsibility for the incident that claimed the lives of 176 people, is yet another link in a chain of events that might lead to Islamic Republic's collapse.
Soleimani death won't dim Iran's regional hegemony aspirations (Yaakov Lappin, Israel Hayom) Israeli observers say that despite some damage to its short-term capabilities, Tehran is expected to keep up activities in Iraq and Syria, and that alongside a new clash with the United States, a parallel Israeli-Iranian shadow war will continue.
U.S.-Iran Tensions Temporarily Restrain Israel on Northern Front (Amos Harel, Haaretz+) Amid an escalation in the Gulf, Israeli officials are being cautious – and it looks like the military is doing the same. Tehran must meanwhile deal with unwanted consequences.
Division, incitement and hatred: Our religious cleargy are becoming more and more extremist (Ben Caspit, Maariv) The statements of the Chief Rabbi illustrated how Israel was abducted by an extremist Orthodox establishment, which rips from whole chunks: "This is not a Chief Rabbinate - the future of the people at stake.”
Is the world against us or is it just indifferent? (Yuval Gamliel, Ynet) Instead of diplomats touting the overused party line that there’s no partner in the peace process, Vibe Israel tries to find celebrities who will say: 'You’ve never seen anything like the Tel Aviv nightlife.’
Ilhan Omar's sanctions hypocrisy (Moshe Hill, Israel Hayom) In her short time in office, the Minnesota congresswoman has a well-documented history of siding with despots and dictators, and against Israel and America.
Holocaust rememberance ceremony? Not without Poland (Sever Plocker, Yedioth/Ynet) Polish President Duda's expected absence from Holocaust remembrance ceremony at Yad Vashem is an outrageous mistake that still could be corrected.