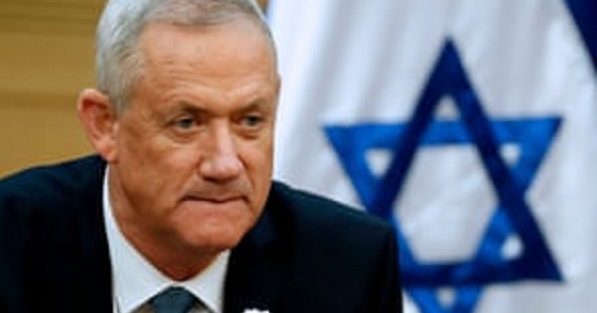 You Must Be Kidding:
The Hecht Museum at Haifa University canceled a talk by an Arab Israeli artist because the appearance by “a Palestinian artist” would displease the Hecht Foundation, which is associated with the museum.**


Elections 2020:
At the last minute, Habayit Hayehudi party ditched the Kahanist Otzma Yehudit party led by Itamar Ben-Gvir, and joined forces with Naftali Bennett and Ayelet Shaked’s ‘New Right’ and Bezalel Smotrich’s Ichud Leumi to form a right-wing union (Haaretz+ has the behind the scenes), prominent left-wing MK Stav Shaffir resigned from politics (at least for this election) and an Ethiopian-Israeli Kahol-Lavan MK defected to Likud after saying a year ago that such a move would be a sign of lack of values. Here’s a list of all the candidates running in the March 2nd election.

Other Key News Summary:
In the south, Israel attacked targets in Gaza after four Palestinian rockets were launched from Gaza. Two were intercepted and there were no casualties from the other two. Meanwhile, Ynet’s Elior Levy reported that indirect talks with Israel to advance a long-term agreement with Hamas stalled after Egypt began raising taxes and prices of goods crossing into Gaza from Egypt because it was angry that  incandescent over Hamas leader Ismail Haniyeh attended Qassem Soleimani’s funeral.  Also, for the third time in a day, an incendiary balloon exploded near the Gaza Strip periphery, Maariv reported. There were no injuries.

In news with other neighbors, Israel started pumping gas to Egypt, a very important development for both countries and which Egypt hopes will help it become a regional energy hub. It comes after trial exports to Jordan began two weeks ago. And in a speech delivered to European lawmakers, Jordan's King Abdullah warned of Israeli annexation of the Jordan Beqaa Valley, which could end hopes for a two-state solution. He also said Israel was “perpetuating divisions among peoples and faiths worldwide.”

Elections 2020/Netanyahu Indictment Commentary/Analysis:
Religious Zionists, Stop Pretending You're Any Better Than the Kahanists (Zehava Galon, Haaretz+) Watching Naftali Bennett play the role of the ideological opponent to a merger with the Otzma Yehudit was really more than I could swallow. For if there is any difference between Kahanist Itamar Ben-Gvir, the leader of Otzma Yehudit, and neo-Kahanist Bezalel Smotrich, apparently you have to be Bennett to discern it. And what difference is there really between those two and Rabbi Rafi Peretz? Peretz will smile at LGBTQ people before sending them off for reeducation? This is just a façade of a debate among a façade of public representatives. Bennett and Ayelet Shaked would not rule out sitting in the same government with Ben-Gvir, just as Shaked in the past did not rule out negotiations with Ben-Gvir.
The attempt to convert Rabbi Rafi Peretz's dark faith did not work (Ran Edelist, Maariv) Like the conversion therapy for gays, the attempt to convert the Minister of Education's belief did not work and now he struck again and still did not bother to apologize, neither as a person nor as the Education Minister.
Betrayals, Defections and Fewer Women: The Losers and Winners of Israel's New Political Map (Allison Kaplan Sommer, Haaretz+) Stav Shaffir, Rafi Peretz, Moshe Kahlon and female representation are among the most high-profile victims after Israel's political parties finalized their slates.
The union on the left is nice, but the question is what will actually happen (Lilach Sigan, Maariv) There is nothing wrong with political unions, the question is what do people actually do for rights, coexistence and bringing people closer. Maybe that's why so many Arab Knesset seats continue to lie on the floor waiting for someone to pick them up.
Declaring War on the Rule of Law (Mordechai Kremnitzer, Haaretz+) Netanyahu and his ministers bully the court, threatening it whenever it has to rule against the government on an issue it cares about.

Other Commentary/Analysis:
The Dirty Politics Behind Israel's (Ofer Aderet, Haaretz+) Capitulation to Putin's WWII Revisionism. Hosting event marking 75th anniversary of Auschwitz liberation, Israel's Holocaust remembrance authority is now facilitating the Kremlin campaign to blame Poland for the outbreak of WWII - and to whitewash the Soviet Union's handshake with Hitler
Russian activity in Lebanon has the potential for friction between us and Moscow (Yitzhak Lebanon, Maariv) Vladimir Putin wants Lebanon to be under Russian influence. It may be time for Israel to include the Lebanese issue as part of its talks with Moscow on the Syrian issue.
Israel's decade of missed opportunities (Alex Fishman, Yedioth/Ynet) The military and security services provided the political leadership with the freedom to invest in civil society, in future strategy and planning, but those leaders squandered the opportunity, choosing instead to indulge in endless election cycles.
Lea Tsemel vs. Legal Rights (Haaretz Editorial) The decision not to renew Lea Tsemel’s term as chairwoman of the military courts committee of the Israel Bar Association’s Jerusalem chapter was a capitulation to political persecution. It was made at the request of three right-wing organizations: B’Tsalmo, Israel Sheli and the Choosing Life Forum, an organization of families that have lost family members to Palestinian terror that is supported by the extreme-right Im Tirtzu organization. Tsemel’s term was not renewed because she frequently represents Palestinian terror suspects. A biographical documentary released last year, “Advocate,” brought Tsemel wider international recognition. It came in for criticism from the right, including by Culture Minister Miri Regev, who demanded that it be pulled from theaters on the grounds that it “glorifies terrorists.”
We must prepare for the possibility that Tehran chooses to move towards nuclear weapons (Tal Lev-Ram, Maariv) Hezbollah's decision to continue the precision missile project will affect the prospect of a conflict in the north, but above all, the Iranian threat stands. In the West, it is hoped that domestic pressures will take things in the opposite direction.
These are the days of Iranian roulette (Tamar Eilam Gindin, Israel Hayom) In addition to increasingly stifling international isolation, the ayatollahs are in dire straits domestically as well, facing a public that no longer believes their lies.
Iran's Double Nuclear Dilemma (Zvi Bar'el, Haaretz+) The series of violations initiated by Iran did not produce the results it had hoped for, but Tehran is not the only party that needs to make its calculations...The U.S. State Department heaped praise Tuesday on Britain, France and Germany for their decision to launch a process to settle the nuclear dispute with Iran. In Washington’s view, such a process, as it is defined in 2015’s nuclear agreement, could eventually lead to the re-imposition of international sanctions on Iran, or at least pressure Tehran into going back to how things were before it began violating the agreement in May.
But the Americans “forgot” to mention that it was in fact President Donald Trump who began dismantling the deal by withdrawing from it. The aspiration to move Iran back to a previous situation is actually recognition of the deal’s importance as a means of halting Iran’s nuclear weapons program.
No #MeToo for These Palestinian Women Imprisoned in Israel (Gideon Levy, Haaretz+) One day last week the detainee Khalida Jarrar, a member of the nonexistent Palestinian parliament, was brought into the depressing military court in Ofer. She was not tortured during her interrogations, but signs of hardship were clearly visible. Handcuffed, in a scruffy Israel Prison Services coat, her face showing the fatigue of three and a half months of detention and interrogations, a veteran of past detentions, most of them without charges being brought, she has been charged with “holding a position in an illegal association.” The mountain of Shin Bet briefings to members of the media, in which she was accused of responsibility for the August murder of Rina Shnerb in the West Bank, turned into a molehill in the form of a political arrest for “holding a position.” Israel doesn’t even bother to hide the fact that it holds political detainees, as in despotic regimes...They’re not women, they’re “terrorists,” so no one cares when they suffer abuse. At a time when any sexist remark to a woman can lead to a riot, the torture during interrogation or false imprisonment of women infuriate no one. When careers and lives are ruined because of an improper kiss or a hug, the restraint of women for days and nights in contorted positions, sleep deprivation and false imprisonment are acceptable because they are “terrorists.” The #MeToo movement has gone far, sometimes too far and sometimes not far enough: It stops at the gate of Camp Ofer and the interrogation facilities of the Shin Bet security service. There, it doesn’t exist. There, women can be abused to the heart’s content of the occupation authorities. No one will protest.
Restoring synagogues means never having to say you're sorry (Lyn Julius, Israel Hayom) Arab countries with few or no remaining Jews turning a few Jewish heritage sites into perfunctory tourist stops aren’t exhibiting pluralism.
Roy Nissani’s jump to Formula One is just like his father's - a behind-the-scenes move (Amir Inbar, Haaretz Hebrew) Roy Nissani's signing onto the Williams Group is anything but professional. (Canadian-Israeli billionaire) Sylvan Adams' financial back has earned him a place in the group that wants to survive financially. But Nissany will not advance the industry in Israel. So before you get excited about an Israeli driver in Formula 1, you need to remember, it is a glitzy branch at the top of the tree, but it is full of wheeling and dealing on the outside.
When I shout at my daughter in Hebrew, it reminds my husband of Israeli prison (Umm Forat, Haaretz+) I never made a conscious decision to speak Hebrew with my daughter, but it became a kind of connection between her and me, our private language. Post #4.

Interviews:
Exclusive interview -  Code name 'Angel': Mossad agent who handled Israel's greatest spy speaks out
What led him to betray his country, how did he make contact with the Israelis, was he a double agent? In an exclusive interview, Dubi, the Mossad man who ran the Egyptian spy Ashraf Marwan, tells all. (Interviewed by Yossi Melman, Haaretz+)

Commander 101 Squadron: "We are doing everything possible not to hurt the innocent"
Lieutenant Colonel G., the commander-in-chief of the squadron that won the Chief of Staff medal, talks about the decreasing use of manpower in the technological age, the sensitivity in operations in a hostile neighborhood and the lack of women in the cockpit. Last November, for example, during one of the Air Force actions over Gaza, nine members of the Al-Sawarkeh family were killed in the bombings, including five children aged two to 13. This happened in Deir al-Balah, as part of Operation Black Belt, which began with the aerial assassination of a senior Islamic Jihad commander, Baha Abu al-Ata, an assassination which was answered by massive Hamas and Jihad rocket fire at southern and central communities. The IDF investigated the killing of members of the al-Sawarkeh family and found that the group of tin houses where they lived was incorrectly defined as a military target. In the recommendations given to Chief of Staff Kochavi, it was said that the compound was to be defined as civilian area in which military activity is carried out. Following the recommendations of the investigation, Chief of Staff Kochavi ordered new guidelines regarding how to define target for the target bank before they are approved and an operation is carried out.
Lt. Col. G. “The IDF and the Air Force place priority on human dignity and the sanctity of life. We make every effort to avoid harm to the innocent, whether it is intelligence operations or very accurate planning, and it has happened to me several times, both as a pilot and as a squadron commander, that we go out to make a strike and stop ourselves from assault because there is the smallest risk that uninvolved parties will be harmed. We do everything, everything, everything not to hurt.” (Interviewed by Oz Rosenberg in Maariv)