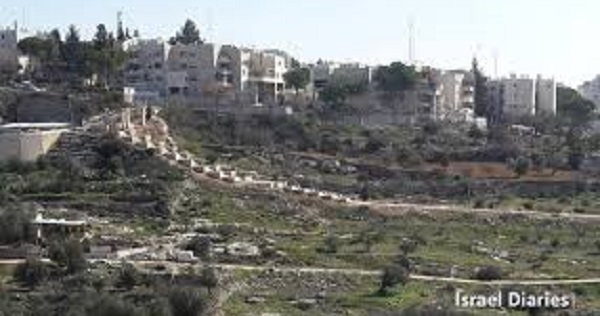 Quote of the Day #1:
"Our religion is the motorcycle and its horsepower. Politics remain beyond the fence.”
-Comment by an Israeli organizer of a meet at a West Bank settlement for Israeli and Palestinian motorcyclists.*
Quote of the Day #2:
"I am flooded with many hundreds of moving messages of support from students, alumni, and parents. You are an example, an inspiration and hope that one day a society will be established here, where Jews and Arabs, religious and secular, Ashkenazi and Mizrachi will live together in peace and friendship."
--Long-time high school teacher Meir Baruchin posted on Facebook after he was fired for political remarks he made.**
Front Page:
Haaretz
Yedioth Ahronoth
Maariv This Week (Hebrew links only)
Israel Hayom

Top News Summary:
The pressure from two directions on the Speaker of Knesset Yuli Edelstein, the murder of a middle-aged woman by her boyfriend and the choices of the subsidized medicines committee were the top stories of today’s Hebrew newspapers. Also making news: Hamas said it was losing patience waiting for Israel to implement the easing of sanctions on the lives of Gazans (also Maariv) and Palestinians said they would increase sending incendiary balloons into Israel, just as a bundle of explosive balloons were found in Sderot, after which Israel responded by hitting a Hamas target in Gaza. ‘Israel Hayom’ also reported that a Hamas official said the group is striving to 'reach a prisoner exchange deal with Israel,’ but that Israel is not interested. And a Palestinian teen stabbed and injured a settler in Hebron and at Damascus Gate in E. Jerusalem, a 50-year-old Palestinian woman waved a knife around ‘looking like she wanted to get arrested,' which is what happened. Also, a very interesting look by Maariv's Jacky Khougy at the recently passed Sultan of Oman (See Commentary/Analysis) and Yedioth's Elisha Ben-Kimon interviewed Israel's former chief military prosecutor in the West Bank, Lt. Gen. (res.) Maurice Hirsch, who shared his hardline views towards sentencing Palestinians. [NOTE: Ben-Kimon did not report that Hirsch is a settler, who lives in Efrat in a house built on privately-owned Palestinian land (Haaretz Hebrew). In a profile of him in Local Call (Hebrew), Noam Rotem and John Brown looked at his sentencing history: Imprisonment of a 12-year-old (Palestinian) girl, harassing political activists protesting the military regime, imprisoning Palestinians for offenses of which they were acquitted in court, incriminating innocent (Palestinian) people, detention of children at night (illegal), preventing  Palestinian minors from getting overview reports in order to prevent them from receiving alternatives to arrest. In a 2018 interview with 'Makor Rishon,' Hirsch tells how he managed to return to prison dozens of Palestinians released in the Shalit prisoner exchange deal, how he refused to reach lenient plea bargains with Hamas activists, and how "for a person with nationalist views, it is difficult to advance in the Military Prosecutor's Office."- OH]


Elections 2020 / Netanyahu Indictment News:
Knesset Speaker Yuli Edelstein faced pressure from both sides: His Likud party wants him to reject convening the Knesset plenum in order to prevent the discussion over - and rejection of - Israeli Prime Minister Binyamin Netanyahu’s immunity request and the Kahol-Lavan party threatened to have him dismissed if he doesn’t convene it. That said, he is expected to convene it next week. (Israel Hayom Hebrew)
Quick Hits:

Features:
In West Bank, Jewish Settlers Recruit Nature to Their Mission – With the High Court’s Consent
For decades, nature reserves have been used to keep Palestinians off their land while allowing settlers to build. This week, the High Court rubber-stamped the practice. (Amira Hass, Haaretz+)
*Palestinian, Israeli motorcyclists find harmony on their hogs
With no race track available in Palestinian Authority, Petza'el (settlement in the West Bank - OH) is a refuge for riders to enjoy their hobby with like-minded enthusiasts from the other side of the long-standing conflict, and while politics are not discussed the bikers are determined to heal the rifts in their own way. (Elior Levy, Yedioth/Ynet)
A Designer Villa With a Sprawling View of the Occupation
The extension of a veteran settlement is encroaching on the fields of the Palestinian village of Deir Ballut. Under a new order by Israeli authorities, yet another swath of land is about to be seized. When the Palestinian construction workers finish building these designer homes, the iron gate in the fence will be shut, and farmer Aamar Abdullah, who is one of the owners of this land, who is accompanying us as we drive around, will no longer have access to the remnants of his olive grove. Meanwhile, sewage from plastic pipes that emerge from under the Leshem settlement villas is seeping into the grove and forming a puddle there. (Gideon Levy, Haaretz+)
Meet Donald Trump's Lawyer: A Messianic Jew Who Loves Jesus and Hates BDS
Jay Sekulow has defended U.S. nonprofits, philanthropists and firms led by ['Israel Hayom' publisher] Sheldon Adelson accused of committing war crimes against Palestinians. (Allison Kaplan Sommer, Haaretz+)

Interviews:
EU should ban BDS in Europe, top Italian official says
In an exclusive interview, Matteo Salvini, head of Italy's right-wing Lega party, says the EU has a long way to go to effectively fight anti-Semitism and pledges that when he is elected as prime minister, Italy will recognize Jerusalem as Israel's capital. (Interviewed  by  Eldad Beck in Israel Hayom)

Trap for (Military) Prosecutor’s Office
For 20 years, Attorney Maurice Hirsch served as Judea and Samaria's (West Bank) Military Advocate and has managed hundreds of cases against terrorists and stone throwers. But since he was released, he has been standing alongside bereaved families in their struggles and criticizing the legal system's incompetence. "The State Attorney's policy is not to shake the ship,” Hirsch says in an interview with Yedioth Ahronoth and blames: “The court is completely cut off from the bereaved families. In the cases of stone throwing, the prosecutor's office wants to reach lenient plea bargains. It's a blow to the fight against terrorism. Because those who today throw stones, which can of course kill, tomorrow will go to (throwing) Molotov cocktails and from there, the distance to a stabbing attack or a short car-ramming attack is short. These things must not be given in to and the law must be executed. We must insist on severe punishment." Hirsch is not willing to give up on this fight. And he also knows why. Two weeks ago it was revealed in Yedioth Ahronoth that the military prosecutor is formulating a light plea bargain with a terrorist who threw an explosive charge on a youth in Samaria. (The light plea bargain was) partly because the charge did not explode. That news joins the grim data revealed a few days ago and describes the harsh reality of Judea and Samaria residents [settlers - OH]: In 2019, according to the data, 1,671 cases of stone throwing and 536 cases of Molotov cocktails occurred. (Interviewed by Elisha Ben Kimon in Yedioth Hebrew ’24 Hours’ supplement, cover)
What is your view on the death sentence?
“My stance on the death penalty is clear. I think this is a first-rate deterrent. We see a lot of terrorist attacks in the area where terrorists want to stay alive and not commit suicide. They receive money and expect to be released in one (prisoner exchange) deal or another. But that is not applicable in the State of Israel. It is not on the country's scale of values and it is not the policy, so the prospect of this happening is zero, but the house demolition policy has to be hardened. It is unacceptable that since the murder of Rina Shenrab, the house of Samar Arabid, the main terrorist who plan the whole operation, was not destroyed yet.”
Will you continue to work for the families for free?
"It's a mission for me. As long as no one is holding contacts with them, it's a disservice. We'll fight every case until they realize it saves lives."
IDF Spokesman Response: "The allegations are baseless and outrageous. The military prosecution in the Judea and Samaria (West Bank) is the 'final leg' in the battle of the IDF and the security forces against the terrorist units in Judea and Samaria. The military prosecution is working hard to fulfill the law with defendants in security offenses, including throwing stones and throwing Molotov cocktails. Every year thousands of cases are dealt with by the military in Judea and Samaria in a professional, businesslike and thorough manner. A decision in association with a defendant for a plea bargain is made after a detailed examination of each case, taking into account the gravity of the offense and all relevant data. The plea bargains are presented to and approved by the military courts. "The Judea and Samaria (military) Attorney's Office attaches great importance to communicating with victims of offenses and their families. Although the Crime Victims' Rights Act has not yet been formally applied to the military courts in the Israeli military courts in Judea and Samaria, the military prosecution applies the principles of the law, and makes sure to give the victims and their families personal, human and respectful treatment, updating them throughout the criminal process.”

'Israel is only a decade or two from impenetrable air defenses'
Brig. Gen. Ran Kochav, the IDF's top man when it comes to air defense, talks to Israel Hayom about what the third Lebanon War will look like ("people will be killed"); next-generation air defenses (lasers); and "zero difference" between men and women in air defense roles. (Interviewed by Yoav Limor in Israel Hayom)