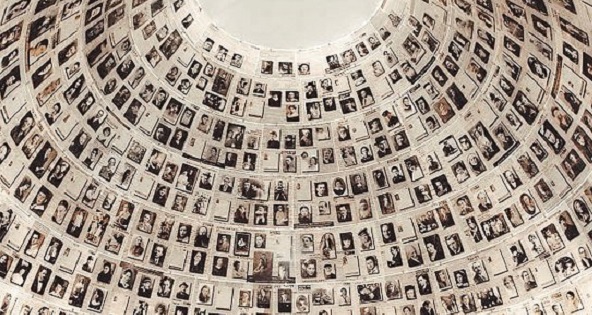 Quote of the day:
"At least the right wing is consistent.  Not only is incitement against Arabs one of its standard tools to whip up the base, but the right’s ethnocentric and nationalist ideology also mandates a callous disregard for the Arab minority, its history and its demands for full integration and equality. On the left, it’s the other way around: Its leaders’ refusal to engage with Arabs not only contradicts its supposedly liberal worldview, but also lends credence to right-wing efforts to trash the left."
--Haaretz commentator Chemi Shalev writes about the left-wing's refusal to take the outstretched hand of leading Israeli Arab politicians.*
Front Page:
Haaretz
Yedioth Ahronoth
Maariv This Week (Hebrew links only)
Israel Hayom

Top News Summary:
World leaders began arriving in Israel for the Holocaust memorial event, which will be a platform for other behind the scenes moves and isolated far-right-winger Itamar Ben-Gvir said he would not drop from the election race - making top stories in today’s Hebrew newspapers.

Russian President Vladimir Putin will speak with Prime Minister Binyamin Netanyahu about pardoning the young Israeli woman, Naama Issachar, who was sentenced to 7.5 years in Russia, while Netanyahu will ask world leaders for support for his claim that The Hague cannot prosecute Israel for war crimes against the Palestinians, Haarez+ reported. And Israel warned Hamas against disrupting the Holocaust Forum event to gain attention. Hamas wants Israel to fulfill its part of the agreement and ease sanctions on Gazans. Maybe that’s why Israel will allow Qatari financial aid into Gaza, despite incendiary balloon attacks over the last few days. Nancy Pelosi visited Auschwitz before arriving in Israel today to attend the Holocaust Forum. Maariv noted that the Serbian president ordered a yellow badge to hang from the presidential palace ahead of his trip here. Israel’s Foreign Ministry praised the move and the president.

Elections 2020 / Netanyahu Indictment News:
According to some reports, Otzmah Yehudit chairman, Itamar Ben-Gvir, got offered to become an ambassador if he left the election race. Another report said he was offered to be a minister. But Ben-Gvir said that despite the heavy pressure from the right-wing factions to withdraw, his party has decided to run in the next Knesset election. (Maariv) Likud MK Miki Zohar praised the move to give Ben-Gvir a job and get him out of the race, Maariv reported. “He will find a party he thinks he can call on his friends to support, and that party will include him in its work," Zohar said to KAN Bet Radio.

In the newly united Labor-Gesher-Meretz list, a first fissure was formed over whether to disqualify an Arab-Israeli MK from elections after she called Samir Kuntar a ‘shaheed.’ MK Yair Golan, who is number 7 on the list, outraged some when he wrote in response “I’m not comfortable reading her words on Facebook, but disqualifying a law-abiding citizen from running is like rewarding those defaming Israeli democracy,” tweeted Meretz MK Yair Golan. “In a democracy you disqualify people for their actions, not for sharing outrageous posts on Facebook,” he added.  (Also Maariv) Yesterday at the first session of the united faction, members of Labor-Meretz-Gesher decided to allow members of the list freedom to vote as they wanted on the issue in the electoral committee. (Yedioth Hebrew)

Embarrassment in Kahol-Lavan: In favor and against annexation of Jordan Beqaa Valley -  MK Yael German caused some confusion and embarrassment when she stated that Kahol-Lavan supports "disengagement" from the Jordan Beqaa Valley. This declaration came out on the same day that (right-wing) MKs Yoaz Handel and Zvi Hauser launced Kahol-Lavan's campaign targeting the religious Zionist sector. (Maariv, p. 6) In an interview with IDF Radio, MK German said: "We are talking about some kind of disengagement arrangement. It is explicitly written in our platform." Regarding the annexation of the Jordan Valley, she said: "We are not talking about annexation of the valley, I do not know where that came from."After German's remarks, it was MK Yair Lapid who tried to correct the impression, saying that “Kahol-Lavan is against unilateral measures, we learned the lesson from the disengagement." (Yedioth Hebrew and Israel Hayom Hebrew) And as Kahol-Lavan went for the traditional right-wing voters, Netanyahu tried to get the traditionally left-wing farmers' votes by appointing Tzachi Hanegbi as the new Agriculture Minister.

Features:
Anti-occupation, Pro-religious Pluralism Activists Aim Big in World Zionist Congress Vote
U.S. Jewish progressives hope to help decide how $1 billion in annual funding at World Zionist Organization is allocated – including curbing money for West Bank settlements. The name of the slate is Hatikvah, Hebrew for “The Hope” and later the title of the poem that became Israel’s national anthem. They champion issues such as an end to the occupation and a two-state solution to the Israeli-Palestinian conflict, religious pluralism and a fight for the democratic rights of all of Israel’s citizens. (Dina Kraft, Haaretz+)
The 'Oman file': Inside the Mossad's alliance with Muscat, Israel's window into Iran
For more than half a century, a powerful convergence of interests has united Israel and Oman, the third Arab country after Lebanon and Jordan to maintain secret ties with the Mossad. (Yossi Melman, Haaretz+)
Playing Foul: Sports Spawn Sex Abuse in Israel, as Abroad
Ties between an athlete and her trainer provide fertile ground for sexual misconduct that's hushed up, new film reveals. Could abusers like Larry Nassar spring up here? (Itamar Katzir, Haaretz+)


Elections 2020/Netanyahu Indictment Commentary/Analysis:
*Israel’s So-called Liberals Are Shamefully Spurning the Outstretched Hand of Israeli Arabs (Chemi Shalev, Haaretz+) Cowered by right-wing incitement, Jewish politicians turn a blind eye to the unprecedented changes they’ve long demanded.
The Arab parties in a sharp message to the center camp: Put your cards on the table (Haim Misgav, Maariv) Ahmed Tibi put things on the table. In fluent Hebrew, far better than quite a few other Knesset members, he informed Benny Gantz, through his party member MK Yoaz Handel, during a Knesset session that dealt in general with ways to oust Benjamin Netanyahu from his post as prime minister, that his and his friends' support for the left-wing government (Gantz) is seeking is actually dependent on the political agenda of the Arab population in Israel. This agenda includes, inter alia, progress toward a non-Jewish state; that is, there will be no more place to see it as the national home of the Jewish people. The state will, according to Tibi, become the state of all its citizens where there will be no advantage to the Jews. Which means, for example, that the Law of Return that gives a clear advantage to Jews will be erased from the book of laws. In practice, what Tibi wants is to roll the wheel of history backward, to go back to the days of our pre-independence war, which ended as it did, and cancel David Ben-Gurion's Declaration of Independence, in which the establishment of a Jewish state was made, with all that implied. In fact, Tibi talks about giving back to Arabs everything they lost during the wars they themselves launched in 1948 and 1967. If Gantz's party, Kahol-Lavan, which constantly stumbles on political issues in the face of a variety of opinions, will go in ways that would not be acceptable to Arab Knesset members, such as on issues that have so far been widely accepted by the Jewish public - annexation of the Jordan Valley and the northern Dead Sea - the support of “the blocking majority" would be nonexistent. Tibi was perfectly clear. If Gantz wants to be prime minister, any attempt to advance toward strengthening the existence of the Jewish state will have to be filtered out early by the Arabs.
Thanks to the union on the left: adrenaline was finally streamed into the election campaign (Yoram Dori, Maariv) The detractors who prior to the second elections repeatedly said that (Labor party chairman Amir) Peretz will not keep his word and he will join the Netanyahu government, now they claim he is not fulfilling his promises.
Edelstein, the Newest Target (Haaretz Editorial) Likud is the most democratic party in Israel, but only as long as it has a majority. When the numbers are against them, Likud politicians will do anything they can to prevent a decision by the majority, using pressure and incitement against those who stand in their way. They will even – heaven forfend – petition the High Court of Justice…When Netanyahu requested immunity, he did not intend to allow a debate and a vote on his request to take place until he had assured himself a majority. Indeed, since making the request, Netanyahu and his associates have spared no effort to prevent a debate on the immunity request, starting with a delegitimization campaign against Knesset legal adviser Eyal Yinon, which peaked with a petition to the High Court asking to invalidate his legal opinion on the matter on grounds of conflict of interest, and ending with the unprecedented and uninhibited pouncing on one of their own, Knesset Speaker Yuli Edelstein.