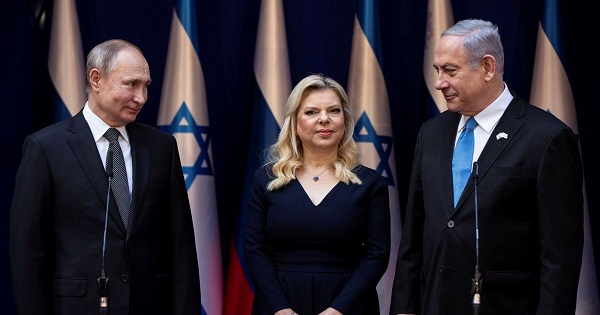 Quote of the Day:
"On this (International Holocaust) Remembrance Day, world leaders are coming to a prime minister who is trying to incite them against the court in The Hague. It’s hard to think of a more galling use of the Holocaust, it’s hard to conceive of a bigger betrayal of its memory than the attempt to undermine the court in The Hague only because it wishes to fulfill its role and investigate Jerusalem."
--Haaretz commentartor Gideon Levy writes on the occasion of the arrival of leaders and dignitaries from from 49 countries to participate today in the 5th annual Holocaust Forum, marking the 75th anniversary of the liberation of Auschwitz-Birkenau concentration camp.*
Numbers of the Day**:
2
--Number of Israeli soldiers who fell in battle or were killed by Palestinians in 2019.
12
--Number of Israeli soldiers who committed suicide in 2019. A record high.
27
--Total number of Israeli soldiers who died in 2019, a record low.
Front Page:
Haaretz
Yedioth Ahronoth
Maariv This Week (Hebrew links only)
Israel Hayom

Top News Summary:
At the Holocaust Forum events that began Wednesday, Israeli President Reuven Rivlin subtly criticized Russia and Poland for their battle over the narrative of who started the Holocaust, and told world leaders to battle anti-Semitism, Naama Issachar’s mom awaited Putin’s arrival and her meeting with him to hear whether he would indeed pardon jailed Naaama Issachar, and French President Emmanuel Macron got into a spat with Israeli security (VIDEO), which tried to push their way into the French St. Anne’s Church, despite it being prohibited - just as they had during Jacques Chirac’s visit in the 1990’s. Afterward, Israel Hayom and Ynet reported that Macron had apologized - without giving any quotes - but Haaretz revealed that the Israeli police said Macron had apologized, but the French embassy said that was false.
In the papers' Op-Eds, 'Israel Hayom' commentators wrote about Israel's leading role in fighting anti-Semitism, while Haaretz+ wrote about the irony and cynism that world leaders are coming to an event to commemorate the Holocaust hosted by a people that is harming another people and that they are coming to an event held by a leader who is trying to convince them to fight against The Hague, which was founded to bring justice after WWII, so that Israel won't face justice for possible crimes against the Palestinians.

Latest updates on the the Holocaust Forum and Putin’s visit with Yafa Issachar, Netanyahu and Rivlin here: Ynet and Haaretz.

Top Commentary/Analysis:
*Go to Gaza and Cry ‘Never Again’ (Gideon Levy, Haaretz+) It’s very important to remember the past; no less important is to be cognizant of the present without shutting one’s eyes. The dozens of statesmen who arrived in Israel yesterday may remember the past, but they’re blurring the present. In their silence, in their disregard of reality while lining up unconditionally alongside Israel, they not only betray their roles, they also betray the memory of the past in the name of which they came here. To be the guests of Israel without mentioning its crimes; to commemorate the Holocaust while ignoring its lessons; to visit Jerusalem without traveling to the Gaza ghetto on International Holocaust Remembrance Day – one can barely think of any greater hypocrisy.
Netanyahu Exploits the Holocaust to Brutalize the Palestinians (Hagai El-Ad, Haaretz+) Netanyahu didn't invent the idea of leveraging the Holocaust for political gain. Yet he is taking even that low to new depths, stripping Palestinians of basic human rights in the name of the survivors of the Holocaust.
To Remember, and Not to Sell (Haaretz Editorial) If the reports are true that Prime Minister Benjamin Netanyahu intends on expressing support for the campaign that Russian President Vladimir Putin is conducting against Poland over the past few months, then it is a bad joke at the expense of the victims of the Holocaust, and its survivors, in whose name world leaders are gathering on Thursday at the Yad Vashem Holocaust memorial center in Jerusalem. At the center of Putin’s campaign is the accusation that Poland caused the outbreak of World War II, while minimizing the large role played by the Soviet Union. In 1939, the Soviet Union abandoned the Jews of Poland, and the rest of Europe, when it signed the Molotov-Ribbentrop Pact, a non-aggression pact between the Soviet Union and Nazi Germany, which included dividing up Poland between them – which is in practice what led to the outbreak of World War II. A week after the pact was signed, Germany invaded Poland on its way to implementing the Final Solution and the extermination of the Jewish People. Is it possible that now, over 80 years later, Israel is ready to forget the part of the Soviet Union in starting the war? Just because of momentary interests and considerations, which do not fit the historical truth?
Should liberation of Auschwitz be celebrated with deluxe dinner parties? (Shoshana Chen, Yedioth/Ynet) The presence of survivors who bear the numbers branded onto their arms would have been a clearer and louder message to those promoting hate, than the world leaders honored by an invitation to the over the top event in Jerusalem.
Thank You, Dear Leaders, for Mentioning the Holocaust (Zvi Bar'el, Haaretz+) There could be no more impressive demonstration of support for Israel and the policies of Benjamin Netanyahu. What difference does the occupation make and so what if the prime minister has three indictments hanging over him? Will Prince Charles make his visit contingent upon a peremptory ruling in the prime minister’s favor? Will Georgian President Salome Zourabichvili mention the occupation in her speech? After all, her own country endured (Russian) occupation. Don’t hold your breath. What does occupation have to do with the war on anti-Semitism? The French parliament already explained to the world that anti-Zionism is a form of anti-Semitism, and Netanyahu insists that opposition to the settlements is a form of anti-Zionism. So, that takes care of the whole occupation thing.
Israel's role in the struggle against anti-Semitism (David M. Weinberg, Israel Hayom) As raw anti-Semitism around the world has risen and morphed into virulent anti-Israel sentiment – making the two phenomena almost indistinguishable – the State of Israel has moved from indifference to active involvement in the struggle against such hate.
Holocaust Forum and U.S. Election Give Israel the Perfect Stage to Push Jordan Valley Annexation (Aluf Benn, Haaretz+) Current political situation provides a solid majority for annexing, and even if Netanyahu only initiates such a move, it will be his biggest achievement.
Palestinians applying BDS to other Palestinians (Attorney Jawad Bulous, Ynet Hebrew) So much condescension and disrespect: This year, for example, an organization called the Palestinian Commission on Internal Boycott of Israel (BDS48) issued a condemnation notice against Jordanian-Palestinian artist Aziz Marka, who participated in the musical festival. "He violated the cultural boycott," it says, "and participated in an event funded by Israeli officials: the Ministry of Culture and Sports as well as companies and banks that have been involved in crimes against the Palestinian people." BDS48 works to boycott Arab Israeli citizens whom it thinks are cooperating with the Zionists. For example, if the Arab-Israelis are in contact with them outside of work or studies.
The Dispute Over World War II That Is Causing a Major Rift Between Poland and Russia (Ofer Aderet, Haaretz+) Haaretz explains the controversy over who holds responsibility for collaboration with Nazi Germany, and the contradictory position of Israel and Yad Vashem.


Elections 2020/Netanyahu Indictment Commentary/Analysis:
A brave man he was, and still is (Limor Livnat, Yedioth Hebrew) Yuli Edelstein is a brave man. No, I didn’t mean his decision to convene the plenum next week [to discuss Netanyahu's immunity request - despite Likud's pressure on him to postpone it till after elections. - OH]. I will discuss that later. Knesset Speaker Edelstein suffered insults from Netanyahu’s associates as if he “fell into the left-wing trap,” and about all the embarrassing and shallow tweets about his father and his father-in-law , by Netanyahu’s son. Edelstein refrained from responding in the same style. He kept his stately manner….(Op-Ed describes his brave acts in communist anti-religion Soviet Union and his imprisonment for three years until he was released and then came to Israel and moved to Alon Shvut settlement and becomes a Likudnik.) I remember well the day he immigrated to Israel and was interviewed in perfect Hebrew. Until this day my eyes tear up. We all were part of the struggle for his release, and here he is with us. Edelstein is a Likudnik. Ideologist. He opposed the disengagement (withdrawal from Gaza Strip) during the Ariel Sharon period. “He fell into the left-wing trap”? Someone seriously thinks that it is possible to threaten this brave man and dared to stand up to the Stalin’s terrifying regime? All the respect to you, Knesset Speaker, sir.
Prepared for APN by Orly Halpern, independent freelance journalist based in Jerusalem.
comments powered by Disqus