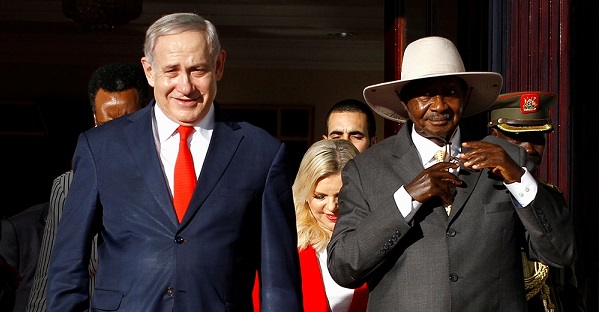 Quote of the day:
"It's not the planned annexation of a few settlements in Judea and Samaria that should worry us; The whole vision of 'peace and prosperity' from the Trump company needs to worry us. Because it is dangerous for Israel."
--Yedioth's commentator, Sever Plocker, writes in an Op-Ed today that the creation of enclaves based on nationality or ethnicity lead to more war.*

Top Stories:
In today's top stories, Israeli Prime Minister Binyamin Netanyahu declared he made history (not all the papers agreed) after meeting with Sudan’s leader, Abdel Fattah al-Burhan, whom Netanyahu said agreed to begin cooperating toward normalizing ties, the Trump deal continued to spark division, and the Coronavirus continued to spread fear (and spark racism towards Asians in Israel - See Quick Hits. Also interesting was the effect the virus is having on Israel's construction industry - which may affect Palestinians positively. See Features below). Also making headlines was the unusual apology made by Yad Vashem Holocaust Memorial Center admitting that it distorted facts that erroneously adopted Russia’s wrong WWII narrative in its presentation at the International Holocaust Forum.

‘Israel Hayom’s’ reports today were remarkable in what they left out. While playing up the ‘historic’ aspect of the meeting between Netanyahu and Burhan, the paper played down the reasons behind Sudan’s willingness to make diplomatic relations with Israel. The other papers reported from the Associated Press report that a senior Sudanese military official said Burhan agreed to meet Netanyahu because Sudanese officials thought it would help “accelerate” the process of being removed from the US terror list, a list Sudan was added to back in the 1990s, when Sudan briefly hosted Osama bin Laden and other wanted militants. Indeed, in a phone call after the meeting, US Secretary of State Mike Pompeo invited Burhan to visit the United States. And confirming Israel’s thumbs up for Sudan, Netanyahu's bureau also stated that "Prime Minister Netanyahu believes that Sudan is moving in a positive direction, and the prime minister has expressed his outlook to the American secretary of state,” Haaretz+ reported.

Israel Hayom’s reporter Ariel Kahane made no mention of Burhan’s reason for meeting with Netanyahu. And on its English website, Israel Hayom cut paragraphs out from the Associated Press article that explained Burhan’s motivations as well as the parts about how the announcement could give Netanyahu a boost ahead of the upcoming elections by portraying himself as a great statesman so that he would win the elections and find a way to avoid going on trial in three criminal indictments. (Note: ‘Israel Hayom’ also changed the AP report headline from “Israeli PM Meets Sudan's Leader, Aims for 'Normalization’” to “Israel and Sudan reach milestone after historic summit." Compare with AP article on NYT.)

Yedioth reported that Israel wants African states to side with it at the UN General Assembly, which overwhelmingly recognized Palestine as a non-member observer state in 2012. Chief Palestinian negotiator Saeb Erekat slammed the development, calling it “a stab in the back of the Palestinian nation and a deviation from the Arab consensus and Arab peace initiative.” Netanyahu also met with Uganda’s President, who at Netanyahu’s request, said he would consider establishing an embassy in Jerusalem.

Trump Deal News:
Yedioth Hebrew reported that #4 in Kahol-Lavan, MK Gabi Ashkenazi, said he opposes unilateral annexation of settlements and territories in the West Bank, as proposed in the Trump peace plan. "It is impossible to apply sovereignty without dialogue with our neighbors and the US,” Ashkenazi said in an interview with Ynet. "Reckless steps must not be taken without coordination with the US administration. He also argued that Israel's policy against Hamas was a failure, but when asked if it would be necessary to stop transferring the funds to the organization, he replied that he cutting the transfers of money to Hamas from Qatar was not the plan. "No, we will go for a long-term arrangement or we will return deterrence.”

Yedioth Hebrew also reported that in recent days, the settlement leaders understand that the annexation dream is moving away, and so, with the aim of forcing the prime minister to cast his vote even before the elections in early March, the Yesha settler Council is setting up a tent outside the Prime Ministers Office office, calling for "sovereignty now." Yedioth noted that Netanyahu's big news from the White House "is becoming a political burden for him, just four weeks before the elections." Yesha settler Council leaders met with Defense Minister Naftali Bennett yesterday and heard from him that he also believes that the sovereignty now is important. “It's a one-time opportunity - what you can take should be taken," Bennett told them. Bennett added that he opposes the establishment of a Palestinian state, and he does not want to implement that part of the Trump plan. Today he was scheduled to take off for a first official visit to the United States, and will meet with his American counterpart, Secretary of Defense Dr. Mark Asper and he will meet with various government officials in an attempt to promote the idea of annexation.

A Christian Evangelist member of President Trump's advisory committee said Israel should not press on the annexation issue, Yedioth Hebrew reported “I hear people making statements, and what is happening now is that some people are taking advantage of the President's plan to try and get an advantage in the elections,” said Dr. Mike Evans, an influential figure in the evangelical world who is very close to the White House, to Trump and to his son-in-law, senior White House adviser, Jared Kushner. “It's wrong," said Evans, a leader of the Friends of Zion organization. "Everyone needs to understand what President Trump has done: he recognized Jerusalem, he recognized the Golan Heights and he now is taking Judea And Samaria off the table. It's a wonderful plan and should not be used for political purposes to upset people.”

On Thursday, Kushner will present the plan to the UN Security Council in a closed-door session. Next Wednesday, Palestinian Authority President Mahmoud Abbas is expected to present the Security Council with a draft resolution seeking to quash the US proposal. In an interview with Arabic media, Abu Mazen mocked Kushner, referring to him as “that boy.”  He called the Oslo Peace Accords an “important agreement. You can't compare the 'deal of the century' to it.” (Maariv) Meanwhile, the Organization of Islamic Cooperation rejected the Trump peace plan.

Yad Vashem's Apology:
Yad Vashem made an unusual clarification after it drew criticism for legitimizing Russia's false WWII narrative at the International Holocaust Forum, two weeks ago. In a letter to Haaretz published in the newspaper's Hebrew edition Tuesday, Yad Vashem said that information presented at the high-profile event, attended by dozens of world leaders, contained "inaccuracies" that "distorted" historical facts, which "created an unbalanced impression.” In an Op-Ed, Haaretz's History Correspondent, Ofer Aderet, noted that the apology raised more questions. Aderet noted that the Forum was headed by Moshe Kantor, a businessman, oligarch and billionaire considered close to Russian leader Vladimir Putin and the event was held in collaboration with Yad Vashem. Aderet wrote that for the sake of its integrity, Yad Vashem must reveal the political-financial connections that were behind the event and the misleading information. (Also, Israel Hayom and Yedioth/Ynet)

Elections 2020/Netanyahu Indictment Commentary/Analysis:
Four Weeks From Israeli Election, Even Netanyahu’s Political Stunts Can’t Rouse Voters (Anshel Pfeffer, Haaretz+) Unless Likud can unearth some voters it somehow overlooked in last year’s elections or Kahol Lavan can draw soft-right voters away from Netanyahu, we are headed for another stalemate on March 2.
The disqualification of Hiba Yazbak: an opportunity for the High Court (Attorney Uri Keenan, Maariv) The case  of the  Knesste member from the Joint List is borderline. The disqualification of Meir Kahane's Kach party is very reminiscent of this case.  If the High Court approves MK's participation in the elections, the right-wing side of the political map will be able to wonder whether they have not been subjected to substantive inequality.

Other Commentary/Analysis:
Netanyahu's ignoring of the Democrats is wrong and grave ((Shlomo Shamir, Maariv) The Prime Minister's total disregard for the existence, presence and centrality of the Democratic Party is not only an insult to Democrats, it is an erroneous behavior that has unpleasant consequences for Israel.
Sudan heralds winds of change (Amnon Lord, Israel Hayom) An increasing number of Arab nations seek to normalize relations with Israel as they understand the time has come to do so. The Palestinians would be wise adopting this rational position.
Adoption of False Russian WWII Narrative Calls Yad Vashem’s Integrity Into Question (Ofer Aderet, Haaretz+) The extraordinary apology that Yad Vashem published as a letter to the editor in Haaretz (running in Tuesday’s Hebrew edition), in which it admits that the content of the impressive event contained “inaccuracies,” “a partial picture of the historical events,” and an “unbalanced impression,” raises as many questions as it answers. It must clarify the exact nature of the ties and relationship between Yad Vashem and Moshe Kantor, an oligarch considered close to Russian President Vladimir Putin, who is a donor to Yad Vashem, president of the European Jewish Congress, and who organized and funded the ceremony. To preserve its good name, credibility, and reputation, Yad Vashem has to tell the public the whole truth about what went on behind the scenes at the ceremony.
Israel should be China's friend in need (Alon Goldstein, Yedioth//Ynet The coronavirus is a Chinese tragedy and in the eyes of the world, all people of Chinese descent are lepers, whether they hail from Wuhan or Beijing or San Francisco; but Israel, with its proud history of helping others in times of national crisis, can be a beacon of light in the darkness.
It's the Joe and Bernie show in Iowa (Prof. Abraham Ben-Zvi, Haaretz+) From the White House's perspective, a Sanders' win in Iowa would be wonderful news. His social-democratic views on society and the economy can only be found on the fringes of the American legacy and would make him exceedingly vulnerable to Trump's attacks.
Prepared for APN by Orly Halpern, independent freelance journalist based in Jerusalem.
comments powered by Disqus