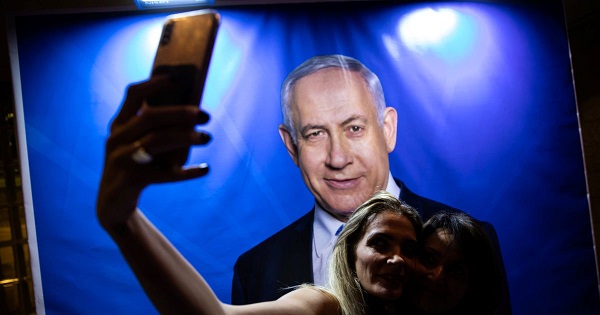 66.
--Percentage of land that Israel Lands Authority auctioned off in January was actually over the Green Line. ILA owns 90% of the land inside Israel.*
Front Page:
Haaretz
Yedioth Ahronoth
Maariv This Week (Hebrew links only)
Israel Hayom
Top News Summary:
The Israeli High Court overturned the decision to bar Arab lawmaker Heba Yazbak from running for election, the US vetoed Israeli annexation of Palestinian territories before elections, the government cabinet approved laws despite the Attorney General’s opposition and a convicted sex-offender rabbi was arrested on fraud and tax evasion making top stories in today’s Hebrew newspapers, along with the Health Ministry’s recommendation not to travel to the Far East, for fear of coronavirus. Meanwhile, Israel and Gaza exchanged threats and projectiles.

*A day after Israeli Prime Minister Binyamin Netanyahu said that Israel was drawing up a map for West Bank annexations and Defense Minister Naftali Bennett called to immediately bring to a vote applying sovereignty to parts of the West Bank, their ally for the plan, US Ambassador to Israel David Friedman, made clear that unilateral annexation before Israeli elections would risk losing US support for any annexation. Oddly, for the US, bilateral does not mean including the Palestinian side, but rather completing a joint committee process with the US. TheMarker economic paper noted that not only is Netanyahu pushing for the annexation of Jewish settlements in the West Bank, but “the Israel Lands Authority appears to be doing its part to help.” TheMarker noted that in January, two-thirds of the land the Israel Lands Authority offered for residential construction was over the Green Line. The ILA controls some 90% of the land in Israel, so it has considerable control of the supply of land and the ability of builders to increase housing starts, the paper wrote.

Meanwhile, Palestinian violence has risen since the announcement of the Trump plan and annexation in the West Bank and Netanyahu and Defense Minister Naftali Bennett threatened Hamas with targeted killings and ‘a different kind of action’ if rocket attacks from Gaza don't cease. Hamas responded warning the “Zionist enemy not to do anything foolish against our people,” and Islamic Jihad said, "The Palestinian people have the right to defend themselves and their land against Israeli terrorism.” (Also Maariv) Hours later, a rocket was launched from Gaza at Israel without causing damage or casualties. Israel responded from the air striking Hamas targets late at Sunday night. On Monday morning, an Egyptian security delegation arrived in the Gaza Strip to meet with Hamas leaders and Palestinian factions with the goal of reestablishing calm. Maariv reported that the Palestinians were preparing for a multi-arena diplomatic battle against the Trump plan. Abbas is expected to make a speech at the UN General Assembly against it on Tuesday, the Palestinians are preparing a moderate draft resolution rejecting the US plan at the United Nations Security Council, which won't include explicit condemnation of the Trump plan so that the majority of Security Council members support it, with the hopes that it will isolate the US at the UNSC. The Palestinians are also demanding to sue Israel at The Hague for war crimes.

Rabbi Eliezer Berland, 82, a convicted sex offender, was arrested along with his wife and four others, for exploiting his followers and taking hundreds of millions of shekels from them and evading paying taxes. Berland’s devotees confronted police during his arrest and threw stones and other objects at them, injuring two police officers. Police said he had hundreds of victims, including a cancer patient, whose mother said she died after she was told not to accept medical treatment. His followers believe he has superhuman powers.

Elections 2020 News:
In a close vote, 5:4, the High Court ruled to allow  MK Heba Yazbak to run for Knesset, despite controversial posts she shared on social media years ago. She and Joint List Chairman, MK Ayman Odeh, called the campaign to bar her ‘political incitement.’

A stormy argument broke out during the government cabinet meeting between Netanyahu and Attorney General Avichai Mendelblitt, over two decisions that were very supportive of the Ethiopian-Israeli community. One decision was about a probe into the Justice Ministry’s unit for investigating police. Yedioth even ran an Op-Ed an Ethiopian-Israeli supporting the move. Ethiopian-Israelis have suffered from police brutality. The other decision was to bring 400 Ethiopians to Israel. Mendelblitt said this should not be done right before elections, arguing it may 'appear to be motivated by election campaign interests.’

Kahol Lavan and other lawmakers denounce colleague’s anti-Arab bigotry - Yoaz Hendel is 'a white racist against Arabs and Mizrahim alike,' charged Joint List MK Ahmed Tibi. (Haaretz+)
Itamar Ben Gvir filed a million-shekel libel suit against Gilat Bennett - (Kahanist) chairman of Otzma Yehudit sues the wife of defense minister Naftali Bennett, Gilat, who in a Facebook post wrote: "I have had enough of their repugnant criminal behavior, like when they broke into my house in the last election to show that they will cross borders, if need be. So that I understand that they are terrorists in all sense of the word and that I will be afraid of them.” According to Ben Gvir and Otzma Yehudit, these are false claims: "There was no break-in and those filing suit are not terrorists and criminals." (Maariv and Ynet Hebrew)
Health care a top concern for swing voters in Israel election, polls discover - Kahol Lavan, Yisrael Beiteinu and Labor-Gesher-Meretz rush to announce their would-be-picks for health minister in an attempt to garner errant votes. (Haaretz+)

Features:
What Is Shin Bet Hiding About Killing of Israeli Accused of 'Selling His Soul' to the Nazis?
High Court set to hear from former defense officials on case of Israel (Rudolf) Kastner, who was shot dead outside his Tel Aviv home in 1957. (Ofer Aderet, Haaretz+)


Prepared for APN by Orly Halpern, independent freelance journalist based in Jerusalem.