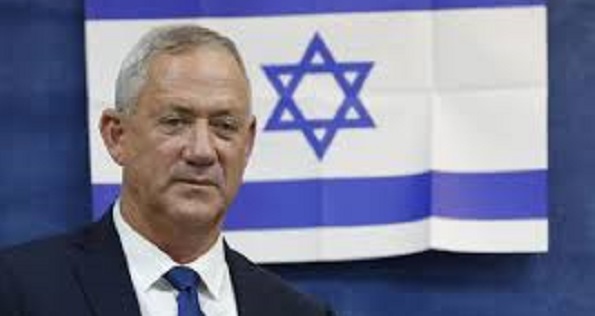 Quote of the day:
"It is easiest to set dialogue on fire. It is very difficult to cool it. For months, there has been a racist discourse held against Israeli Arabs. The prime minister and right-wing politicians did not shy away from calling them "Arab parties" in a negative and bitter context. And what are the Arab parties if not hundreds of thousands of Arab citizens voting for them?
—Yedioth political reporter, Yuval Karni, wrote in an Op-Ed following the latest statements against Israeli Arabs and the ‘Joint List.’*

Top News Summary:
The Joint List rejected sitting in a Kahol-Lavan government with Avigdor Lieberman, Kahol-Lavan rejected sitting in any government supported by Joint List, Ehud Olmert said he supported Mahmoud Abbas, Israeli Prime Minister Binyamin Netanyahu said that was shameful and Abbas said he wanted to renew negotiations with Israel making top stories in today’s Hebrew newspapers. What barely made news was that thousands of Palestinians rallied against the Trump plan.

Elections 2020 News:
In a interview on Army Radio, Joint List chairman Ayman Odeh slammed Kahol Lavan for 'staying silent about the attack on the Arab population, Netanyahu’s attack. Let Gantz say something. Does he think that we’re in his pocket?’ Odeh also said the Joint List would not recommend Gantz to form a government if it made a coalition with MK Avigdor Lieberman or if it didn’t make a statement against transfer of Israeli-Arabs to the Palestinian State and against annexation.” (Also Maariv) After being heckled by Netanyahu for not being able to form a government without the Joint List’s support, Kahol-Lavan leader Benny Gantz, declared that he would not form a government with the Joint List support in a coalition or from the outside. Yamina co-leader and current Defense Minister Naftali Bennett said there was 'no chance' his party would join a Kahol-Lavan-led coalition. ”I won't be the one who is used to remove Netanyahu from the stage," Bennett said.

And Yedioth Hebrew’s Amichai Atali reported that Netanyahu’s associates are trying a new strategy regarding far-right-wing politician Itamar Ben-Gvir, leader of the anti-Arab Otzma Yehudit (Jewish Power) party. Realizing they can’t convince him to give up running in the upcoming elections and fearing that he, again, won’t pass the threshold and those right-wing votes will be wasted, they are suggesting a deal in an attempt to reach a bloc of 61: "We will help you gain votes in this election, if you promise not to run in a fourth election,” in the event there is another one. Also, in an interview he gave to the right-wing religious Channel 20, Netanyahu said, "My great power is my control of US public opinion.” (Maariv) Not everyone thinks that matters. In a letter to President Reuven Rivlin and the 120 members of Knesset, 120 Israeli academics and professors asked Rivlin not to give Netanyahu the option of forming a government if he wins a majority or if Gantz fails. “Do not impose the forming of the government on anyone accused of crimes unless they are proven innocent,” they wrote. (Maariv)

Trump Plan Latest:
Hours after Palestinian President Mahmoud Abbas slammed the Trump 'peace' plan at the UN Security Council session, he and former Israeli prime minister Ehud Olmert held a joint press conference in New York, where Olmert said that Abbas was the only partner for peace. Netanyahu called Olmert's support of Abbas a 'low-point in Israeli history.' Interestingly, Yedioth, as well as 'Israel Hayom,' took Netanyahu's position in reporting on Olmert's support. Yedioth's title read, "The strange show of Olmert and Abu-Mazen.” However, Maariv reported chose to emphasize something else entirely. The title read, "Palestinian Authority Chairman: 'I”m prepared to renew negotiations from where they were stopped.'"

Features:
Welcome to Summayl: Tel Aviv’s Controversial Multimillionaires-only Compound
The ruins of Summayl – an Arab village that was abandoned by most of its residents after the War of Independence – remained a wild enclave in the middle of Tel Aviv. Up until now. (Yael Darel, Haaretz+)

Other Commentary/Analysis:
The Unjust War (Ami Ayalon, Haaretz+) It requires great naivete not to ascribe all the talk of annexation, and the Trump peace plan itself, to the Likud election campaign. Nevertheless, it’s important to understand that this talk gives legitimacy to ideas that distance the possibility of an agreement with the Palestinians and will lead to new rounds of violence.
The danger: Olmert's connection to Gantz (Amnon Lord, Israel Hayom Hebrew) There was one person at the end of the joint appearance of Olmert and Abu Mazen, who received special treatment from Abu Mazen (Palestinian President Mahmoud Abbas). If I correctly identified him it was Jeremy Ben-Ami, the head of the J Street organization. Abu Mazen kissed him on both cheeks. It wasn't just a dry courtesy gesture. They seemed to be partners in the struggle. Olmert is a guest of J Street in the US. The organization is committed to every anti-Israeli campaign and is certainly an important pillar of the Palestinian Authority's propaganda in the US. While Olmert denied being recruited in the United States for the PA's propaganda, he repeatedly referred to him as "the president," but in practice he certainly stood by while pointing out that the Israeli side was not of his liking. "Abbas is the only partner," he said. "He is a man of peace. He opposes terror.”…The main problem now is that the closest person to Olmert, Yoram Turbovich, is Benny Gantz’s (campaign - OH) manager. Olmert himself has been close to Yair Lapid for years. Lieberman brings Martin Schlaf's dowry with him. The very fact that Olmert suddenly has a high profile is a reminder of the corruption and the moral, political and security collapse that preceded the Netanyahu era.
The days of intifada are long gone (Moshe Elad, Yedioth/Ynet) Abbas can call for the Palestinians to take to the streets in a new outburst over Israeli policy, but it will fall on deaf ears; both Israel and his own people are familiar with his saber-rattling which ultimately never leads anywhere.
The Israeli left vs. Palestinian and Arab-world pragmatists (Ruthie Blum, Israel Hayom) Hearts that bleed for the enemies of Western democracy who subjugate their own people and terrorize everybody else are attached to heads in need of psychiatric examination.
Donald Trump Wants to Revoke My Citizenship. Because I'm an Arab (Anwar Mhajne, Haaretz+) Trump’s Mideast plan pushes the hard right dream of population transfer: the involuntary revocation of Israeli citizenship for 300,000 people. We, the Arab minority, had no say.
History will remember Abbas as peace rejectionist (Amb. Danny Danon, Israel Hayom) The Palestinian leader seems to prefer fighting Israel in the international arena to promoting Palestinian interests that could facilitate statehood.
Only anti-Semites Don’t Buy Calves in Israel (Amira Hass, Haaretz+) If there’s one lesson to be learned from the terror wielded by Defense Minister Naftali Bennett against Palestinian farmers, it’s that there’s no need to broadcast every act of natural resistance to our tyrannical regime. Ways could have been found to stop buying calves from Israeli importers gradually, without announcing it in advance. The ground assumption is that the evil of the only Jewish democratic state in the world knows no bounds, and evil must be countered with sophistication.
America gave Israel the opportunity of a lifetime (Dan Schueftan, Israel Hayom) The newly released peace plan means that Israel no longer has to choose between three bad options. It now has a great option and it must seize it, despite the costs.


Prepared for APN by Orly Halpern, independent freelance journalist based in Jerusalem.