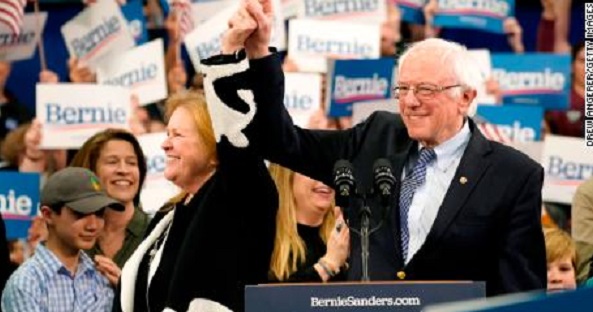 Quote of the day:
“When Hamas, or any other organization, harms the military, soldiers, commanders, it's not terror, it's war. Painful, dirty, disgusting, but legitimate.”
—TV host Dan Shilon differentiated between civilian and military targets on Twitter - upsetting many Israelis.*
You Must Be Kidding:
Hebrew University will give two academic credits to students who volunteer for the right-wing political group Im Tirtzu, which targets left-leaning politicians, public figures and academics as subversives.**

Top News Summary:
The UN published its ‘blacklist’ of companies operating in settlements, the three judges who will try Israeli Prime Minister Binyamin Netanyahu were named (and one was the same judge who sent former prime minister Ehud Olmert to jail) and the Israelis on the coronavirus-hit cruise ship hoped that request to Japan from Israel’s Foreign Ministry would help release them from the besieged ship - making top stories in today’s Hebrew newspapers.

Despite heavy US and Israeli pressure, which led to numerous delays, the UN Human Rights Council released the the "blacklist" of 112 companies, 18 of them foreign, working in the settlements in the Palestinian territories, Netanyahu was infuriated and declared Israel would boycott anyone who boycott those companies and he ordered to cut off contact with the UNHCR commissioner, Chile's former president Michelle Bechelet, The list was originally passed at the UN Security Council in March 2016, but not released. US lawmakers blasted the blacklist, calling it ‘counterproductive to peace.’ However, Palestinian Prime Minister Mohammed Shtayyeh threatened to take international legal action against the companies on the list. Now all that is left is to wait and see what the United Nations Human Rights Council chooses to do with the list, wrote Yedioth’s Itamar Eichner. The council will meet in Geneva on February 24, when all decisions pertaining the list will be made. Rami Levi, the owner of the supermarket chain in his name, wasn't particularly bothered: “So the UN shouldn’t shop at my supermarket," he said. (Maariv)

Elections 2020 Quickees:
Netanyahu Calls Zuckerberg to Criticize Facebook Treatment of Likud
The prime minister's Facebook bot was suspended twice during September's election for violations, and other rightists have also accused Facebook of cracking down on their accounts in recent months. (Haaretz+ and Times of Israel)
With Weeks to Go Before Israel's Election, Gantz Trying to Form Government Without Arab Parties
Likud believes tying the Kahol Lavan leader to the Joint List will thwart his efforts to win over two to three seats’ worth of right-wing voters. (Haaretz+)
Naftali Bennett: "Without sovereignty - We won’t enter government"
Defense Minister addressed the launch of campaign of ‘Yamina’ party in Kfar Maccabiah and addressed the question formation of next government: "Under no circumstances will I enter the anti-religious left-wing government of Gantz and Lapid.” (Maariv)
Kahol Lavan signs vote-sharing deal with Labor-led alliance
Move leaves the Joint List without a partner for a surplus-vote agreement in the upcoming election March 2 election. (Haaretz+)
Lieberman does not rule out sitting with Labor-Meretz in government: "It all depends on the basic lines"
Chairman of Yisrael Beiteinu was interviewed by Army Radio and did not rule out cooperation with the left-wing party. However, he ruled out the possibility of a unity government (between Kahol-Lavan and Likud): "Obviously, it won’t happen.” (Maariv)
Lieberman in attack on Prime Minister: "For me, the Netanyahu era is over"
Yisrael Beiteinu Chairman attacked prime minister during an interview at the annual board of directors update conference: "I meet with many Likudniks, they are sure Netanyahu should leave for the good of the party.” (Maariv)
Yeshiva Funding Crisis Could Prevent Fourth Israeli Election
Unless a budget for 2020 is passed in the next few months, state funding for Yeshivas will run out in June. (Haaretz+)

Features:
Outside the work cycle: The state has failed to integrate minorities into public sector jobs
Outside the health and education systems, Arabs occupy just a few percent of the public sector jobs, even though they make up a fifth of the population. The main barrier: the distance from Jerusalem. Percetage of Arab-Israelis working in Postal Authority: 4.3%, in Israel Train Authority: 2.4%, in Amidar Housing Authority: 1.9%, in Electric Co.: 1.2%. And in government ministries. 13% of social workers, 11% of teaching administration, 8% of prosecutors, 6% of engineers, 11% of ports employees, 8% of economists, 6% of Ministries' and directors' bureaus and 0% of legal advisors. "As long as we have no representation in government, we need to have representation in key positions and in decision-making processes." (Irit Avisar, Yedioth Hebrew's economic section)
A Jewish-Muslim Love Story in the Days of the Iranian Revolution
True story of two people with different religions but same Iranian roots is the basis of a new work by a playwright who yearns to bring the culture of Iran to Israeli stages. (Eness Elias, Haaretz+)

Elections 2020 Analysis:
Gantz did not explicitly rule out option of outside support from the Joint List (Arik Bender, Maariv) The statement against Joint List support made by Kahol-Lavan chairman was a direct result of the aggressive and focused campaign of Netanyahu and the right-wing, which constantly beat him and warning the electorate that Gantz intends to establish the "Tibi-Ayman Odeh-Gantz government.” Yesterday, when asked about it on Radio South, he replied: "Those who want to support will support, those who want to oppose will resist." These words were received by Likud as the ultimate proof of their claims and were immediately used by Prime Minister Netanyahu's as ammunition.
Arabs of Israel: Enough Begging (Gideon Levy, Haaretz+) Dear Arabs of Israel: The politicians don’t want you. The time has come for you to understand this and draw the obvious conclusion. Your representatives have tried to extend a hand, but it remained outstretched in the air. Some of your leaders tried to say that spit is rain, but spit is spit, and that’s what you’re getting from all shades of the Jewish political spectrum. Israel is united in scorn for its Palestinian citizens. You’re being spit on by Prime Minister Benjamin Netanyahu, who doesn’t stop inciting against you, talking about partnership with Joint List MK Ahmad Tibi as if it’s a partnership with the devil. But no less than that, you’re being spit on by Kahol Lavan MK Benny Gantz, who on Tuesday contemptibly and gutlessly rejected the possibility of partnership with you. You’re even being spit on by Labor-Meretz, whose top 10 candidates for Knesset are purely Jewish.
Netanyahu will try to reduce the damage of the publication of the deal of the century, which will not yield him political gain (Anna Barsky, Maariv) In the first phase of the plan’s marketing in Israel, Netanyahu succeeded in convincing right-wingers and Yesha Council settler leaders that this was almost the revelation of Christ. Now, it's unclear how to navigate this ship…Netanyahu's "huge political victory" remains on paper alone. Not to mention poll data, which after all the festival fanfare looks frozen, just like construction in Judea and Samaria (West Bank) during the period of Trump's predecessor, Barack Obama. However, there are also those who have profited from the disappointment over sovereignty. Yamina party (Naftali Shaked and Ayelet Shaked) now has legitimacy to attack Netanyahu and the Likud on the right and build an entire campaign on the demand for "sovereignty now".
Griping About Orli Levi, and Voting for Yoaz Hendel (Zehava Galon, Haaretz+) It’s easy to laugh at the leftists who feel that Meretz has become too right wing for their tastes, who gripe about Orli Levi-Abekasis and then go vote for Yoaz Hendel, Moshe Ya’alon and Zvi Hauser. But something deeper lies beneath this decision. When people feel that a party is no longer their political home and compromises tarnish every vote, they give up on it and start to think strategically. This is a necessary process in the parties that have just merged. The groom’s side thinks the bride is too far left, and the bride’s side is thinking of voting Kahol Lavan. But the merger of Labor-Gesher-Meretz actually proves how important it is that the members of this party become a major force in the Knesset. Because Labor, Meretz and Gesher were well aware of the risk. They knew that they would bleed voters to the right and left, and that there was a chance that after the merger, they wouldn’t make it into the next Knesset. And yet they showed responsibility and united in order to prevent Netanyahu from forming a government.
Twenty days until Israel election III, the campaign is comatose and voters apathetic (Chemi Shalev, Haaretz+) Netanyahu’s biggest trick ever is Trump’s “deal of the century,” but so far it has only discouraged his base and galvanized his Arab opposition.
Bernie vs Bloomberg: Prepare for the Trump-fueled Right-wing anti-Semitic Storm (Noah Berlatsky, Haaretz+) If Sanders or Bloomberg win the nomination, Trump will drench the 2020 campaign in anti-Semitic slurs, accusations of disloyalty and Soros conspiracy theories. Be ready to identify and refute them.
Prepared for APN by Orly Halpern, independent freelance journalist based in Jerusalem.
comments powered by Disqus