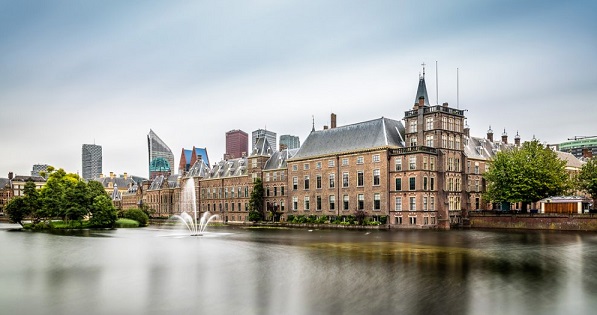 Quote of the day:
"I do not intervene with signs in the public space, but this time the rules have been broken. The humiliation of others is not our way."
--Tel-Aviv Mayor Ron Huldai orders removal of billboard signs, which showed Palestinian President Mahmoud Abbas and Hamas political leader Ismail Haniyeh blindfolded and kneeling, saying they were reminiscent of ISIS and the Nazis.*
Front Page:
Haaretz
Yedioth Ahronoth
Maariv This Week (Hebrew links only)


Top News Summary:
Kahol-Lavan leader Benny Gantz's claim that he can form a 'Jewish majority' government, i.e. one without the support of the Joint List,' and the responses of Prime Minister and Likud leader Binyamin Netanyahu and Yisrael Beiteinu chairman Avigdor Lieberman that "he's a liar" (See Election Quickees) and the latest developments on the coronavirus panic (Israelis still on virus-hit cruise ship off Japanese coast) made top stories in today’s Hebrew newspapers. Beyond that, each paper to his own: Yedioth focused on the fear among Ethiopian-Israelis that the government decision to bring their relatives from Ethiopia to Israel was an empty campaign promise, Maariv focused on security affairs: the two rockets shot from Gaza, for which Israel cancelled its plan to ease sanctions on the Strip (and struck back before dawn today) and that two of those killed in the Thursday aerial attack in Syria that was attributed to Israel were Iranian officers. Israel Hayom and Haaretz had similar focuses: the Trump Mideast plan and the Palestinian war crime suit against Israel at The Hague. Both papers reported on the formation of a US-Israel committee led by Amb. David Friedman that will plan annexation of Palestinian territories. Haaretz also reported on the plan by European Union foreign ministers to weigh countermeasures to Trump's Mideast plan. The papers wrote about Israel’s success at getting other countries, now Germany and the Czech Republic, to support Israel’s claim that The Hague has no jurisdiction to probe alleged Israeli war crimes against Palestinians.


Elections 2020 Quickees:
Gantz: "We don't need the Joint List's support"; Netanyahu in response: "Liar"
The Kahol-Lavan chairman was interviewed on the television channels, saying: "We can form a unity government with Zionist parties." PM: "Without Tibi's and Odeh's support in Knesset, he has no government." (Maariv)
Lieberman: “Gantz offered the ultra-Orthodox no less than the Likud”
Gantz stated last night that Lieberman will be part of his government, but the chairman of Yisrael Beiteinu reacted sharply: "He lies through his teeth to take away our voters,” he asserted. "Gantz gave far-reaching offers to the ultra-Orthodox that are no less than those of Likud.” (Yedioth Hebrew)
Lieberman rules out joining government with Arab Israeli parties
Yisrael Beiteinu won’t be a part of a government with 'terror supporters,' Lieberman says, adding he's willing to cooperate with left-wing Meretz. (Haaretz)
Gantz: “Diplomatically I lean to the right, socially - I'm left"
The blue-and-white chairman revealed his views on free economics at the conference, saying that on some issues he tends to the left, and in others he tends to the right. (Maariv)
Lieberman Says 'The Netanyahu Era Has Ended,' He's 'In Denial'
Right-wing leaders are 'dreaming of how to form a government without him,' Yisrael Beiteinu chairman says ahead of Israel's March 2 election. (Haaretz+)
Gantz’s Party Gears Up to Siphon Off Votes From Left-wing Alliance Labor-Gesher-Meretz
Labor-Gesher-Meretz says the most recent polls before the March 2 election give it around nine of the Knesset’s 120 seats, reflecting its maximum strength, as parties try to make inroads with new demographics. (Haaretz+)
New Likud election campaign focuses entirely on the Arab public
The campaign slogan says: "Ahmad Tibi and the Joint List will scare you, the Likud will protect you." Campaign creator MK Miki Zohar: "We want to tell the Arab public that we aren't against them. Just the opposite, we're for them, we are working on their behalf as we are working for all of Israel." (Israel Hayom)
The Joint List’s Yiddish campaign
The surprising election propaganda of the Joint List: It will call in Yiddish on the ultra-Orthodox to vote for it, and also will distribute targeted campaigns to Ethiopian immigrants and Russian immigrants. Joint List: “The division (in Israeli society) is the greatest achievement of the right-wing - and the real victory will come when we break the walls that separate all citizens of the state. The Joint List will advance the interests of Arab society and all the excluded populations.” (Yedioth Hebrew)
MK Ayman Odeh: "I would be a better culture minister than (Miri) Regev, I read Chekhov"
The chairman of the Joint List made it clear that his party would not join any government, but revealed what ministry he would like: "Culture is something strategic and constructive." About contacts with (Kahol-Lavan leader) Gantz: “He’s not our cup of tea, but we wanted to replace Netanyahu. Kahol-Lavan wanted to treat us like mistress." (Maariv)
Channel 12 POLL: Gantz's Party Maintains Lead Over Netanyahu's Likud
However, 42 percent of respondents believe Netanyahu is more suitable to serve as Israel's prime minister, while 36 percent think Gantz should lead the country, a poll released on Thursday by Channel 12 News showed. (Haaretz)
Ma'ariv POLL: Blue and White 34, Likud 33, Lieberman 7
In the battle between the blocs, the left-center bloc continues to lead with 57 seats - compared to the 56 of the right. On the question of the match for prime minister: Netanyahu - 49%, Gantz - 40%. Survey shows that despite Benjamin Netanyahu's political and media blitz - which included a summit in Washington, a visit to Moscow, the return of Naama Issachar from there and a visit to Africa - Blue and White remains the largest list, with 34 seats - one more mandate than in the outgoing Knesset. The Likud list is lagging behind, with 33 seats, and it also goes up by one. (Maariv)
Israel Hayom/i24 Poll: 40% of Israelis dread political logjam, think 4th elections likely
Kahol-Lavan would win 34 Knesset seats, besting the Likud, which would secure 32 mandates. These results give the right-wing bloc 57 confirmed mandates, and the center-left bloc 42 without the Joint List and 56 with it, a poll commissioned by Israel Hayom and i24NEWS found Thursday. But the majority of Israelis still believe Prime Minister Benjamin Netanyahu is best suited to lead the country (47%), compared to 35% for Kahol-Lavan leader, Benny Gantz. (Israel Hayom)

Elections 2020/Netanyahu Indictment Commentary/Analysis:
Elections will determine whether Israel seizes or squanders a historic opportunity (Prime Minister Benjamin Netanyahu, Israel Hayom) Israeli law will be applied in our communities in Judea and Samaria once the mapping process is completed • A Palestinian state that supports terror will not be established, rather a demilitarized democratic entity • The deal of the century will enhance security and ensure our future • Special to Israel Hayom, Prime Minister Benjamin Netanyahu details the plan: Here are the facts – these are the lies.
A Fourth Election Is Growing More Likely by the Day, but Israelis Don't Care (Yossi Verter, Haaretz+) Both the public and Netanyahu, who would gain another six months in his Balfour St. digs, seem almost resigned to the possibility of yet another election round.
Gantz and Netanyahu must work together (Isi Leibler, Israel Hayom) The Trump plan can only succeed if there is consensus in Israel endorsing its implementation. Those demanding immediate annexation are jeopardizing the entire plan.
Battle of the Speakers: Opposite campaigns - Netanyahu and Gantz's Verbosity as a Significant Component of the Current Elections (Anna Barsky, Maariv) The prime minister is known as a genius of appearances while the Kahol-Lavan chairman turns out to be a non-speaker. So, while Netanyahu has the whole campaign on his shoulders, Gantz mostly tries not to spoil.
Falash Mura aliyah is nothing but election spin (Danny Adeno Abebe, Yedioth/Ynet) Netanyahu is trying to portray the government decision to bring the group that has been waiting in Ethiopia for so many years as an act of Zionism, but its peculiar timing, right before the third elections in less than a year, reeks of cynicism and manipulation.
Kahol Lavan is oblivious to its own condescension (Ravit Hecht, Haaretz+) In their own eyes they are the knights of virtue, who came to rescue Israel from the rule of darkness in which it has been immersed for many years. This is supposed to be the link between [right-wing] Zvi Hauzer and [left-wing] Yael German. But this romantic narrative, as well as the respectability agenda – the message of I am the establishment, I am the state or the sovereign – reflect more than anything their sense of self-importance. In contrast to prevalent thinking, Kahol Lavan isn’t only an “anyone but Bibi” party. In a deeper sense it’s a partnership intended to dredge up a yearning and pining for the beautiful Israel of yore, in which characters like Bitan, Amsalem, Ohana and Regev didn’t even dream of being cabinet ministers. The beautiful Israel that was trampled upon and robbed by Likud and Netanyahu. Kahol Lavan is Mapai’s fit young daughter, one of whose jobs is to bury the fruit of the cultural revolution that began in ‘77, with Likud’s rise to power. It’s frustrating and sad to see Likud headed by a problematic figure like Netanyahu, but those courting his loyal voters must at least respect them, and understand that more than Netanyahu is using them, they are using him. He is their way to obtain domination and power, and more importantly – respect and recognition. Menachem Begin opened Likud to Mizrahi people and Netanyahu, who has reportedly also made racist statements, as has his wife, appointed them as cabinet ministers.
Elections # 4: A reasonable scenario that will lead to economic catastrophe (Roy Bergman, Yedioth Hebrew) Three weeks before the Knesset elections, the fourth election scenario seems highly likely - and the lack of a state budget for the coming year is an fact. Continuing the situation will hurt the public in the defense, health, education and welfare systems.
How Iran Could Get Israel to Take Sides in the 2020 U.S. Election (Amir Tibon, Haaretz+) Of the six main candidates, most expressed a nuanced position: Reenter the nuke deal but negotiate new clauses on issues like Iran’s ballistic missiles and Mideast activity.
Why are Democrats skipping out on AIPAC? (Jonathan S. Tobin, Israel Hayom) Despite the pro-Israel lobby’s missteps, their dilemma is that the bipartisan coalition they’ve worked to build may no longer be viable.

Interviews:
Cover story
On the way to a historical appointment: She lives in an Arab village, grows up in a religious home and prays five times a day. Major Sabrin Saadi is the first Muslim cadet with a hijab to go to police officer’s course.Although he has previously suffered threats to her life, it has not stopped her from climbing in the organization. ”My message to religious Muslim girls like me: You can prove yourself and feel equal.”  Saadi was born and raised in a village in Basmat Tivon, near Kiryat Tivon, and attended a prestigious high school in Haifa. After completing her matriculation exams, she volunteered for National Service in the Coastal Police District, and after release she tried to enlist in the police force. However, at that time there were no available positions, so she worked as a clothing store manager in Haifa. Saadi does not allow obstacles and challenges to stop her and she strives for the highest possible: “To be the first police commissioner with a hijab in the Israeli police." Inshallah. (Interviewed by Yisrael Moskowitz in Yedioth Hebrew)