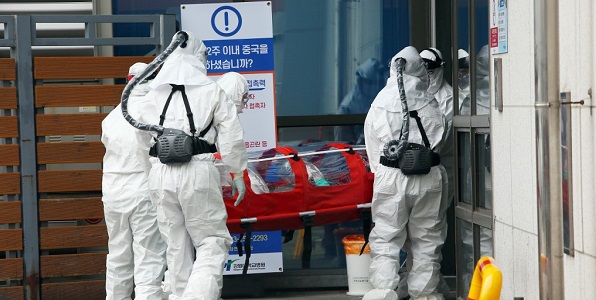 You Must Be Kidding:
"(Palestinian construction developer Khaled Sabawi’s goal) is to encourage a Palestinian takeover of the land in Judea and Samaria."
--From a letter written by Defense Minister Naftali Bennett's advisor, about Sabawi's housing development project in the Palestinian West Bank village of Turmus Ayya, which is not under Israeli civilian control and, therefore, Palestinians can build there without Israeli permission.*
Quote of the day:
“The Israeli right seems to think that the Palestinians can build only on the moon, and maybe not even there."
--Jewish-Israeli attorney Michael Sfard, who is represening Palestinian housing developer, Khaled Sabawi, in a petition to Israel's High Court seeking IDF protection to work at the site. The developer and his workers have suffered from harassment, violence and attempts to stop their work by Jewish settlers.*
Front Page:
Haaretz
Yedioth Ahronoth
Maariv This Week (Hebrew links only)
Israel Hayom


Top News Summary:
The coronavirus reached Israel via Korean tourists, the Likud called for investigating the company formerly headed by Kahol-Lavan leader Benny Gantz and the latest on the national elections that are only eight days away made top news in today’s Hebrew newspapers. However, what barely made news was the killing of a Palestinian young man who Israeli police said tried to make a stabbing attack in Jerusalem’s Old City and the angry reaction of the European Union to Israeli Prime Minister Binyamin Netanyahu’s latest declaration of more settlement construction.

Not only was one of the 11 Israeli passengers who arrived this weekend from the ‘corona cruise’ in Japan infected with the coronavirus, but so were at least nine Korean tourists, who visited Israel and holy sites in the West Bank for one week. Some 180 Israeli middle school children, who came in contact with them at a national park, were instructed to stay home for two weeks (Yedioth Hebrew) as were other people around the country.

Israel’s Health Ministry has threatened to jail people, as dozens of Israelis returning from the infected countries ignore the quarantine order. And Israel sent back a plane of South Koreans Saturday after only letting the Israeli citizens off the plane. S. Korea reprimanded an Israeli diplomat and Thailand also expressed dissatisfaction with Israel's entry ban over virus concerns.

Elections 2020 / Netanyahu Indictment News:
Likud and Kahol-Lavan each called for more investigations of the leader of the other party over the weekend. Kahol-Lavan has asked the Attorney General to probe why Netanyahu had stock in his cousin Nathan Milkowsky’s company, whcih did business with Thyssenkrup, the German company that sold Israel the submarines it apparently did not need and which are the subject of Case 3000.

And now a dispute has developed in Israel’s State Prosecutor’s Office between senior prosecutors and the temporary replacement State Prosecutor, Dan Eldad, who instructed police Thursday to open a criminal probe against Gantz's ex-company, Fifth Dimension. Gantz is not a suspect in the affair and not only said the probe was politically motivated, but added that he would resign if any indictment was made against him. (Maariv) Haaretz+ revealed that the acting state prosecutor only found out about Gantz's ex-firm case this week - from a Likud minister. Senior prosecutors sharply criticized the hasty decision to investigate the firm and the timing of the announcement's timing, which is seen as a way to harm Gantz, even though he’s not a suspect.

Features:
Gideon Levy Israeli Soldier Kills Palestinian Cop at His Own Station. No Explanation Is Offered
An IDF soldier shot a Palestinian police officer standing 100 meters away, at the entrance to his station, talking to other members of the force. Sgt. Tarek Badwan, a father of two with a family of police officers, was killed. (Gideon Levy and Alex Levac, Haaretz+ and VIDEO: Times of Israel)
[NOTE: The YOUTUBE link to the video showing the killing of the Palestinian policeman allegedly by IDF forces has been removed by YouTube for ‘violating YouTube’s policy on violent or graphic content.’ However, the video is not graphic and only shows the policeman suddenly falling. Meanwhile, numerous videos showing Palestinian violence towards Israelis is allowed to be on YouTube. The video of the killing of the policeman is the only evidence that shows he was not involved in any violence when he was suddenly shot dead. It is highly likely that someone pro-Israel, who did not want Israel seen as doing something wrong, requested that YouTube remove the video. It is a serious error on the part of YouTube to agree - OH] The link was in the February 6th edition of News Nosh.
Tinder, Parties and No Morality Police: An Israeli Reporter's Journey Through Saudi Arabia
Dating, freedom to divorce, women in the labor market and behind the wheel, foreign tourists, coed leisure – Saudi Arabia is becoming a society that wants to resemble the West. How do people live with all this sudden freedom, yet no hope of democracy? (Tamara Baraaz, Haaretz+)
Who ratted out Zionist militia leader Yair Stern to his killers 78 years ago?
Moshe Svorai, a partly exonerated fellow Lehi member, inadvertently disclosed the commander’s hideout, scholar says. (Ofer Aderet, Haaretz+)

Interviews:
'It's been a tough year, but I still have a lot to do'
Yamina MK Ayelet Shaked is ready to storm policymaking once again and warns against voter fatigue and petty politics. "Likud likes it when the national-religious parties are small, weak, pathetic, with the Science and Space portfolio. They don't want us with Justice or Defense. That's less convenient. Why? Because we challenge them," she asserts. (Interviewed by  Naama Lanski in Israel Hayom)