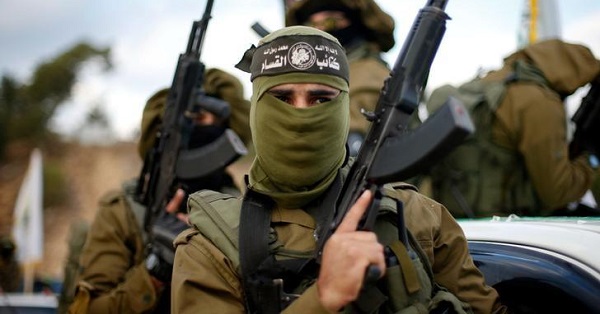 Quote of the day:
"The logic that holds that if terrorists don’t obey the laws of war, the laws of war must be adapted to the war on terror, ignores the fact that a country that does so undermines the very thing that distinguishes its army from a terrorist organization."
--Haaretz Editorial today slams Defense Minister Naftali Bennett for 'collecting' (Bennett's word) bodies of Palestinian militants.*
Front Page:
Haaretz
Yedioth Ahronoth
Maariv This Week (Hebrew links only)
Israel Hayom

The tit-for-tat that began after an Israeli army bulldozer dragged the body of a shot Islamic Jihad fighter, who allegedly place explosives near the Gaza border, rocked the Gaza Strip, southern Israel and Damascus yesterday, with Israel killing at least six more Islamic Jihad activists and Gazan rockets hitting an Israeli playground and a backyard. Israel also hit a training camp and an alleged underground weapons store in Gaza. Monday evening, Islamic Jihad said that it had completed its response to the desecration of the body of one of its people and the attack in Damascus. But before they finished, Netanyahu said that leaders of the militias in Gaza should stop or they would be targets and threatened ‘war.’ Israel also put back sanctions on Gaza.

Israel’s Foreign Ministry officially confirmed a warning against travel to northern Italy following the outbreak of the coronavirus there. In Israel, they are concerned about a diplomatic crisis with East Asian countries following the blocking of flights from their countries. (Maariv) Yesterday, 1,350 Koreans left the country, Yedioth Hebrew reported, and a senior Health Ministry official told Maariv that "more than 1,400 people are in isolation in Israel,” most of them in their homes. Haaretz Hebrew reported today that the Ministry of Health has filed police complaints against 3 Israelis who violated house isolation. They had returned from Thailand. The inspectors reached them following reports that reached the office center.


Elections 2020 / Netanyahu Indictment News:
As in the last few weeks, it was hard today to decide what was election news and what wasn’t. Netanyahu made a number of pro-settler moves yesterday: He announced that 3,000 Jewish homes would be built on the contentious piece of land in E. Jerusalem known as Givat Hamatos, which would effectively separate Palestinian neighborhoods from the West Bank, he ordered hooking up 12 settlement outposts to the electricity grid and he attended the first meeting of the Israel-US committee for mapping Israeli sovereignty in the occupied Palestinian territories. All this comes as a Channel 13 News poll found that his party would be the largest in next week’s elections, with Likud getting 33 seats compared to Kahol Lavan's 32. Moreover, 44% of respondents thought Netanyahu was the most suitable for the role of prime minister, compared to 30% for Gantz.

There were also confusing and conflicting reports about whether Netanyahu said he would advance the so-called “French law” that gives prime ministers and presidents immunity from prosecution. Yedioth Hebrew reported that as part of a blitz of interviews he gave Monday night, Netanyahu did not deny that, if elected, he intended to pass the French law, saying, “When we get to the bridge we'll see what we do," he said. But then he backtracked, saying he would not personally legislate such a law. Gantz says Netanyahu was planning to falsely announce that the next term would be his last, in order to hid his ‘only goal’ of passing the French law to grant himself immunity from prosecution and block the upcoming trial. Gantz said if Netanyahu passed the law, he would be like Turkish leader Recep Tayyip Erdogan.

Top Commentary/Analysis:
*Collecting Bodies (Haaretz Editorial) Every Israeli ought to be worried by the video clip of an army bulldozer dragging the body of a Palestinian who was killed by Israeli soldiers in the Gaza Strip. This isn’t the behavior of an army that is strict about upholding purity of arms and claims to exemplify morality in combat…Defense Minister Naftali Bennett’s utter contempt for what he termed “the left’s hypocritical criticism of the ‘inhumanity’ of using a bulldozer” leaves no room for doubt: The IDF’s action and the full backing given to it by the defense minister are a direct continuation of what Bennett said in numerous interviews earlier this month. Ever since he took office in November, he says, “We’ve been picking up Hamas members to use as bargaining chips” and “amassing the bodies of terrorists to hurt and pressure the other side,” in an effort to promote the return of the Israeli civilians and the bodies of Israeli soldiers that are being held in Gaza…The logic that holds that if terrorists don’t obey the laws of war, the laws of war must be adapted to the war on terror, ignores the fact that a country that does so undermines the very thing that distinguishes its army from a terrorist organization.
(Defense Minister) Bennett and his cheerleading choir have lost the remnants of self-control (Ben Caspit, Maariv) Once, it was the Arabs who were raging, bragging, boasting and threatening while we were silent and victorious. Today we brag and get hit by rockets. A little modesty won't hurt here.
Israel's Gaza delusion (Elior Levy, Yedioth/Ynet) Jerusalem is trying desperately to broker some kind of long-term agreement with Hamas, but the terror group is making minimal concessions and all the while letting its unruly partner Islamic Jihad do the dirty work.
Israel Needs Qatar to Prevent Gaza From Spiraling, and Hamas Knows How to Exploit It (Zvi Bar'el, Haaretz+) Israel could untie this Gordian knot by lifting the Gaza blockade, perceived by Jerusalem as a red line that cannot be crossed, even though its efficiency in reducing violence is doubtful.
Hamas torn between long-term calm, popular resistance (Ron Ben Yishai, Ynet) The Islamic Jihad is instructed by Tehran to increase its terror activities and block any long-term calm, since the Islamic republic is its benefactor, a change in strategy is unlikely.
There is no way to cure the oozing wound called the Gaza Strip (Dr. Haim Misgav, Maariv) Already tired of hearing those who have the answer to the Gaza problem. Many good ones in the past promised the same thing and failed. Everyone knows that this issue has no solution.
Israel doing everything it can to avoid 4th Gaza war (Shimrit Meir, Yedioth/Ynet) Unlike in the 2014 conflict, Jerusalem is trying everything to reach a long-term agreement with Hamas as violence flares in the now traditional escalation on the eve of an Israeli election.
A maverick vision requires an open mindset (Maj. Gen. (res.) Gershon Hacohen, Israel Hayom) One cannot judge the US's Middle East peace plan through the prism by which political developments were judged in the 20th century. Times have changed and if Israel is to make the most out of this historic opportunity, it cannot afford to be held back by narrow minds.
What About Equality at Military Funerals? (Nehemia Shtrasler, Haaretz+) The Numa committee exceeded its authority and presented recommendations that would mean completely giving up on recruiting Haredim, so that they can continue on their own path. Let them work, study, do what their hearts desire – the IDF will get by just fine without them. This is arrogance. The committee is really saying that Haredim are not good enough to serve in the IDF.
Saudis, Egyptians Wage War on Spiking Rap and Electronic Music Scene (Zvi Bar'el, Haaretz+) Male and female artists alike under fire for video clips gone viral on YouTube and Twitter.

Elections 2020/Netanyahu Indictment Commentary/Analysis:
7 Days to Election: Netanyahu Prays Gaza Won’t Shoot Down His Skyrocketing Polls (Chemi Shalev, Haaretz+) Islamic Jihad reminds Israelis that Netanyahu has no solution to Gaza rocket attacks – and might not even want one.
When the guns are thundering (Limor Livnat, Yedioth Hebrew) It was to be expected that during the hours, days and nights of the shooting at Ashkelon residents, Netivot, Sderot and the surrounding area, all parties would decide to stop the flood of text messages, signs, videos and mud they are throwing against each other. One would hope that in the few days before the third round of elections within less than a year, someone who claims the crown of leadership would stand up and stop the constant flow of election propaganda that is so loathsome - because, as it turns out, no one is really convinced or listening to the mud slinging and slander of the other and the lauding of their own candidates and parties...Because who is even thinking about the people of the south? Who is even considering the citizens and sees life itself?..The public looks up and asks itself: Why should I even go vote? After all, the state is unable to provide itself and its children with its basic needs: security, security and security.
These 50,000 Israelis Can Send Netanyahu Packing (Anshel Pfeffer, Haaretz+) At the end of three Israeli election campaigns in a year, there are very few floating voters left untapped. Even so, Benny Gantz’s Kahol Lavan will be hoping to find some in the ‘soft-right’ flank of Benjamin Netanyahu’s Likud party.
A Week to Election: Netanyahu Takes the Lead, but Throws Rival Gantz a Lifeline (Yossi Verter, Haaretz+) Netanyahu's Likud grows stronger and seizes the lead from Gantz's weakening Kahol Lavan, although recent shifts in public opinion don’t herald a victory for either bloc.
Will the Democratic Party let its members be vocally pro-Israel? (Moshe Hill, Israel Hayom) A Sanders nomination will put many Democrats to the test, but none more so than those that claim to be pro-Israel.