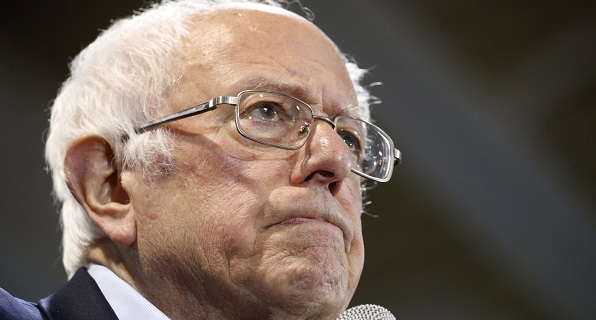 
You Must Be Kidding:
“Hatred is what unites our camp."
--Natan Eshel, close confidante of Prime Minister and Likud leader Binyamin Netanyahu, was secretly recorded explaining how the Likud strategy involved fomenting hatred because the "non-Ashkenazi" Likud supporters "hate everything."***

Quotes of the day:
“And it's important that in the end, after a year in which we asked ourselves 'what do we disagree on,' we will have to ask ourselves the day after 'what do we agree on.' What connects the tribes that make up Israeli society? Around what common ideas can we gather? And in order to answer those questions, we need a leader. And not a campaigner.”
—Author Eshkol Nevo writes in Yedioth why it is important to vote tomorrow not to get Netanyahu reelected.*

“It’s hard to imagine a more bipartisan issue than opposition to the abuse of children. But apparently, to AIPAC, if the children are Palestinian, each of their little bodies is a potential terror cell and their legal and moral rights disappear.”
—Yoana Gonen writes in Haaretz why Senator Bernie Sanders’ announcement that he would not appear at this year’s AIPAC conference because the organization provides a platform “for leaders who express bigotry and oppose basic Palestinian rights," was justified.**

Top News Summary:
Secret recordings of the aides of the leading candidates harmed their own side and a seventh Israeli was tested positive for coronavirus (yet many Israelis defy the demand to self-quarantine) making top stories ahead of elections tomorrow.

Elections 2020 / Netanyahu Indictment News:
***In a secretly recorded discussion revealed on Channel 12 News, one of Israeli Prime Minister Binyamin Netanyahu’s closest confidantes, Natan Eshel, said that Mizrachi voters prefer criminal politicians because it’s manly, that they are not interested in politicians who work for the good of the country, that they hate everybody - which is why the Likud political campaign strategy was aimed at fomenting that hatred - and that Minister Miri Regev (Likud) is a beast, but she’s good at fomenting the hatred. Netanyahu and Foreign Minsiter Yisrael Katz rejected Eshel's remarks, saying it “does not reflect Likud,” but it’s doubtful anyone believed them. In his own defense, Eshel said he has Mizrachi grandchildren.

A day earlier, a top Kahol-Lavan political strategist, Yisrael Bachar, was secretly recorded by a rabbi (who had met with Netanyahu the day before) saying that Kahol-Lavan leader Benny Gantz poses a danger to Israel, because he “'doesn't have the guts to strike in Iran.” Bachar had gone to the rabbi to consult on family issues and the rabbi had gotten him to talk about Gantz. Interestingly, top Yedioth political commentator Nahum Barnea didn’t give much weight to the Natan Eshel remarks (!), but had some interesting things to say about Bachar’s remarks. (See Commentary/Analysis below.) Gantz fired Bachar. Gantz called Netanyahu and his party “the mafia,” for making secret recordings, surveillance and political assassination attempts.  Friday polls showed the two leaders neck and neck with 33 seats each. But a Channel 12 survey Friday showed the Netanyahu-led right-Orthodox bloc winning 58 seats, just three short of a Knesset majority, compared to 56 for Gantz’s center-left-Arab bloc.

Features:
Gideon Levy The IDF Jeep's Door Swung Open. A Single Bullet Hit the Palestinian's Neck
The family of Bader Harashi, who live in a peaceful West Bank village, used to work in Israel. But after he was shot dead at a protest, the authorities have revoked their permits, denying them of a livelihood as well as their kin. (Gideon Levy, Haaretz+)
Hijab and handgun: Israel's first Muslim female detective is breaking the mold
Already serving as an juvenile investigator, Sabrin Sa'adi wants not only to be the first police officer to wear the Muslim head covering, but also a role model for other Arab women to see the force as a viable career option; 'I want to be the first police chief with hijab,' she says. (Israel Moskovitz, Yedioth/Ynet)
An Israeli Finds Out What's on Jordan's Side of the Dead Sea
It’s within floating distance from us, but few Israelis go there. (Roy Arad, Haaretz+)


TheMarker’s - ISRAEL’S MOST INFLUENTIAL PEOPLE:
From politicians to innovators, take a look at the movers and shakers deciding the future of the country’s nearly 9 million citizens.
Supreme Court President Esther Hayut
Israel's chief justice isn't afraid to maintain the court's independence, even when it means making politically explosive decisions. She'll most likely be put the the test in a question of whether Benjamin Netanyahu can keep the prime minister's seat while standing trial. (Ido Baum, Haaretz+)
Prime Minister Benjamin Netanyahu and Kahol Lavan Chairman Benny Gantz
Netanyahu is Israel's longest-serving prime minister, but it's questionable whether he'll be leaving any real legacy. Meanwhile, Gantz is Israel's best shot at unseating him. (Meirav Moran, Haaretz+)
Tel Aviv Mayor Ron Huldai
Tel Aviv's longtime mayor isn't afraid to skirt the national government in order to carry out far-reaching changes that change the fabric of life, such as introducing transportation on Shabbat. Where Tel Aviv goes, Israel follows. (Meirav Moran, Haaretz+)
IDF Chief of Staff Aviv Kochavi
Israeli Prime Minister Benjamin Netanyahu is fighting for his political survival, his Defense Minister Naftali Bennett is new and inexperienced, and that leaves Kochavi as the adult in the room. (Amos Harel, Haaretz+)


Interviews:
'Israeli politics embody the art of the possible, even when sometimes it looks impossible'
Meretz leader Nitzan Horowitz believes the Center-Left bloc has a real chance of winning the March 2 elections and believes the Labor-Gesher-Meretz faction "needs to be the influencing force over Blue and White." Labor-Gesher-Meretz "offers clear and precise solutions to people who need to ask themselves who really represents them in the Knesset," he says. (Interviewed by  Aviad Pohorils in Israel Hayom)

'I'd rather sit in the opposition than join a government led by Benny Gantz'
A week before Israel's third election in under a year, Yamina leader and Defense Minister Naftali Bennett talks to Israel Hayom about the need for new tactics against terrorists in Gaza and reiterates that Yamina is the only party that can guarantee Israeli sovereignty in Judea and Samaria. (Interviewed by  Ariel Kahana in Israel Hayom)

'We accept the Trump plan'
Blue and White MK Zvi Hauser used to be Netanyahu's right-hand man, and now he wants to unseat him. But even he agrees that the ideological differences between the Right and the Left are almost nonexistent. (Interviewed by  Ariel Kahana in Israel Hayom)