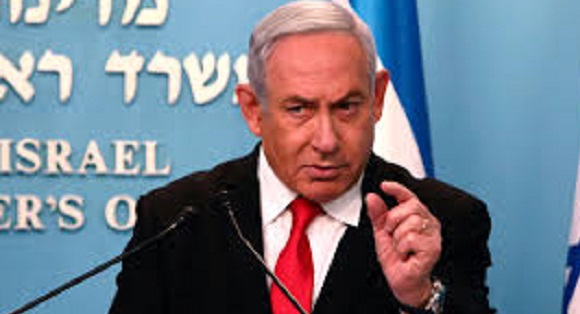 Quote of the day:
"Your step...is a courageous act and has a chance to begin a process of repair and healing. You can break the glass ceiling that hinders Arab society from being a tremendous growth engine in all walks of life. It is likely that you will suddenly find that the glass ceiling that prevents Israel from rising as a state, as a society, as a democracy - will also be shattered, at last."
--Author and Israel's moral compass, David Grossman wrote in Yedioth about Kahol-Lavan leader Benny Gantz's call for the mostly Arab 'Joint List' to be part of the emergency unity government that Israeli Prime Minister Binyamin Netanyahu called for. Netanyahu rejected the inclusion of the Joint List.*
Front Page:
Haaretz
Yedioth Ahronoth
Maariv This Week (Hebrew links only)
Israel Hayom


Top News Summary - Mostly Corona:
The latest moves by Prime Minister Binyamin Netanyahu to slow down the spread of corona in Israel led the Hebrew papers, pushing aside even the fact that today (Sunday) the parties each meet with President Reuven Rivlin to tell him who they recommend be given the chance to form a government. Update below.

Just before the number of people in Israel known to be infected with corona reached 200, Netanyahu announced Saturday night that all places of entertainment, gyms, and daycare centers would be shut down as of Sunday morning until at least the end of Passover, in five weeks. Gatherings of over 10 people were banned and people must keep a distance of two meters from others. [NOTE:  Netanyahu did not say that synagogues and mosques must be shut down despite the fact that many of those who were infected within the country were infected at synagogues. In his speech, he only said without explaining that he would be meeting with rabbis. - OH]

Ahead of his speach and following rumors of a total shutdown, Israelis had charged at supermarkets and pharmacies, but Netanyahu said they would always remain open, as well as gas stations. He called on anyone who doesn't require to leave the house to stay indoors. On Thursday, when 109 people were infected, Netanyahu shut down schools and universities. Israel will also postpone the upcoming draft of soldiers, leave non-essential soldiers at home and told other soldiers to be prepared to stay on base for an extended period of time. Training for reserve soldiers of land forces was postponed.

But the other bit of news, which did not make waves in Yedioth or Israel Hayom, was the fact that Attorney General Avichai Mendelblitt approved the use of digital surveillance to track people who came in contact with known coronavirus patients.Such methods had only been used against Palestinians. Ynet wrote that capabilities could include real-time tracking of infected persons’ mobile phones to spot quarantine breaches and backtracking through meta-data to figure out where they had been and who they had contacted. Maariv reported on the harsh criticism against such methods, calling monitoring civilians an “undemocratic act.” MK Nitzan Horowitz appealed to the High Court to prevent the use of technological means and databases to check who came in contact with the Corona carriers.

Elections 2020 / Netanyahu Indictment News:
After Netanyahu had first called for an emergency unity government on Thursday, Gantz said he was willing if it includes "all parts of the house," which many understood to mean including the Arab leaders from the Joint List. Netanyahu rejected that and referred to the Joint List members as ’terror supporters.’ (See Election Commentary below, this subject was discussed extensively.) On Friday night, Gantz and Netanyahu met to discuss the possibility. Then Saturday night, at the end of his corona update announcement, Netanyahu again called for a unity emergency government with Kahol-Lavan. (Maariv) Haaretz+ first reported that Kahol Lavan party said Saturday it does not rule out a broad unity government with Netanyahu serving first as prime minster in a rotation. This was odd because, in the past, the party had refused a rotation with Netanyahu starting first because of his indictment. But Haaretz+ later reported that Netanyahu later gave the details of the emergency unity government via a Twitter post and Kahol Lavan called the move an 'empty gesture,' as it was not sent to the party and only published on social media. At the same time, Kahol-Lavan was already planning on voting Monday, after the MKs are sworn-in, to replace the Likud-appointed Knesset Speaker Yuli Edelstein, in order to so that a law can be passed - without Edelstein preventing it - that would ban anyone who is indicted from being allowed to form a government.

UPDATE: Kahol-Lavan leader Benny Gantz will get first chance to form a government after a majority of 61 members of Knesset (MKs) recommended him. All the members of the mostly-Arab Joint List party and of MK Avigdor Lieberman’s Yisrael Beiteinu party supported Gantz, despite each saying in the past they would not agree to be connected to a government supported by the other. The Labor-Meretz slate recommended Gantz, too, but its ally in the election, Gesher leader Orly Levi-Abekasis, refused to recommend him due to her opposition to being in a government relying on Arab MKs' support, giving Gantz 61 recommendations, the narrowest majority possible.

Other Commentary/Analysis:
As Israel Prepares for Coronavirus in the Palestinian Territories, Gaza Raises Dilemmas (Hagar Shezaf, Haaretz+) Hamas is already enforcing the medical isolation for 1,400 Gazans suspected of having contracted the virus, but Israel is yet to decide how to move forward in the event of an outbreak in the Strip.
One cannot be jealous of the person who will have to make the decision whether to impose a closure on the Palestinian Authority’s territory (Jackie Khougy, Maariv) In Israel, approximately 150,000 Palestinian laborers are employed, and they hold up the construction industry - and the Palestinian economy. A closure will jeopardize both, making the decision difficult and complicated.
Yossi Beilin, There’s No Such Thing as a Jewish State (Avraham Burg, Haaretz+) Yossi Beilin is almost everything to me – teacher and partner, beloved friend and challenging opponent. His last article in Israel Hayom outlines the core of the argument between us – the watershed between the broad Zionist camp and what is yet to be the new Israeli left. He blasts Joint List leader Ayman Odeh’s position that a Jewish majority is a racist term, stating that “if a Jewish majority is a racist term, then a Jewish state is also a racist term, and Zionism is racism as well.” Is that what this rational, pragmatic man thinks? I don’t know what Odeh thinks, but I, as one of tens of thousands of people who voted for the Joint List, say to Beilin explicitly – yes. What for you is a rhetorical question for me is a painful, penetrating reply – Zionism in Israel today means only one thing: racism! Zionism was the scaffolding that enabled the Jewish nation’s transition from a scattered Diaspora structure to a sovereign centralist structure. In May 1948, it was crowned with great success for the Jews and with a horrific tragedy for the Palestinians, and by so doing finished its job. The state structure was set up, Israeliness was on its way. But someone forgot to remove the scaffolding and since then, Zionism within Israel has been used only for distinctions, exclusion and discrimination: Eli Yishai and Miri Regev against the foreign workers, Avigdor Lieberman against the ultra-Orthodox, Benjamin Netanyahu and Benny Gantz against the Arabs. What are you doing in that unworthy group?
How Coronavirus Is Making Israelis and Palestinians Equal (Umm Forat, Haaretz+) 'Israel is obviously behind this,' Osama said, speaking of the West Bank going under closure. 'And maybe it’s for the best.' Post #9.
What happened to the Israeli Left? (Caroline B. Glick, Israel Hayom) We don't know how the political Gordian knot will be cut, but it is clear that Blue and White's eagerness to form a coalition dependent on Arab MKs does not inspire confidence in its leaders.
'It's Not a Black Swan, It's a Mammoth': Coronavirus Dictates New Reality for Israeli Army (Amos Harel, Haaretz+) One senior officer says implications of coronavirus crisis could be more profound than 9/11.
Wanted for Israel: crisis manager (Yossi Yehoshua, Yedioth Hebrew) There is a need for a persona to lead the battle. For example, (former chief of staff) Gadi Eisenkot.  The peculiar incident that happened yesterday at noon illustrates the whole story: Ministry of Health Director General Moshe Bar-Siman-Tov, perhaps the figure most identified with the Corona crisis, issued an unusual statement in the middle of the Sabbath. He made clear - and asked -  the public to act responsibly.  For someone watching from the side, it seems that Bar-Siman-Tov is the "national calmer” and he does his job properly. But is it the role of the Ministry of Health to deal with the issue of supermarkets in an emergency? The answer is, of course, negative, and this incident mainly shows what an empty space exists in the State of Israel in managing a national crisis. An event of this magnitude, which is not military, requires an overall vision, understanding, experience and authority vis-à-vis all the various ministries - and ultimately also with the Ministry of Defense and the army, with emphasis on the Home Front Command…The weak point of the State of Israel is national security and it is appropriate to act quickly and rectify the issue. The most obvious solution is to call the flag to former Chief of Staff Gadi Eisenkott, who does not currently hold a position. He is available, worthy, professional and authoritative.
Coronavirus Presents Israel With Novel Threat to National Security (Amos Harel, Haaretz+) Israel is better equipped than most countries to deal with military threat on civilian population. But the coronavirus could reset the priorities.
Qatar's friendship is good for Israel (Michal Yaari, Yedioth/Ynet) Mideast politics are a-changin' as old enemies are being challenged to review their relations with the Jewish state and choosing strategic interests and pragmatism over religion and ideology.
Coronavirus Under Control? Egypt’s Latest Giant Problem Awaits (Zvi Bar'el, Haaretz+) The country hasn’t yet closed its borders, schools, or universities, and if workers in the Gulf are sent back home, the ailing labor and housing markets will suffer further.
Iran in the shadow of the coronavirus (Raz Zimmt, Yedioth/Ynet) While the Islamic Republic is hardly the most stable of countries, the conduct of the Iranian government over COVID-19, coupled with thousands of people already having been infected, serves to destabilize the country further.
As Coronavirus Strikes, Iran Forced to Rethink Its Proxy Wars (Amos Harel, Haaretz+) Strategically, the coronavirus provides Israel with some good news ■ Where Netanyahu demonstrates leadership, Trump exemplifies ignorance.

Interviews:
'For the Bulgarians, There’s No Difference Between a Jew and an Israeli'
Last week at the Tel Aviv airport: What it's like to teach non-Jews attending a Jewish school in Bulgaria, and what's the point of taking part in a dog show?. (Interviewed by Noa Epstein in Haaretz+)