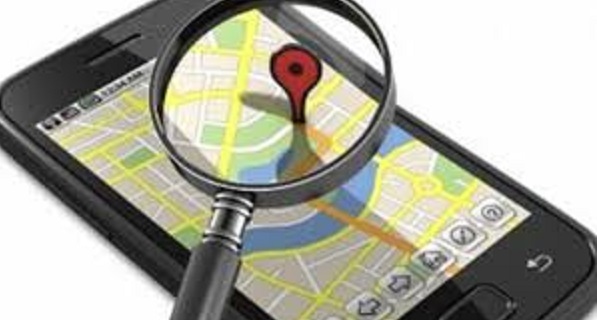 Top News Summary:
Despite the tapping of Kahol-Lavan leader Benny Gantz to form a government, the strange swearing-in of members of Israel’s 23rd Knesset and the four bills submitted to oust Israeli Prime Minister Binyamin Netanyahu, the corona virus stole the headlines. ‘Israel Hayom’ tried to be uplifting, but also hinted at what the Israeli public can expect in the future, Yedioth berated the public and gave orders with the headline  “Stay indoors” over a photo of people sunbathing on the beach in Tel-Aviv Monday. As on Saturday night and Sunday night, also on Monday night Netanyahu announced even more restrictive measures on the general public: lessening work in the public sector and narrowing the private sector to just 30%, leaving only vital services working full time, i.e. medical centers, banks, supermarkets and emergency services. When the papers went to print there were 298 people known to be infected. (That number as of Tuesday night is 337.) See more about coronavirus in Israel, the occupied Palestinian territories and the Middle East in 'Corona Quickees' below.

Elections 2020 / Netanyahu Indictment News:
When presenting Gantz with the mandate to form a government, President Reuven Rivlin urged him to do it as soon as possible. “A fourth election is impossible at this time of crisis,” he said. Gantz, who has 28 days and a 14-day extension, said his government would "heal the Israeli society of the coronavirus, as well of the virus of hatred and division." It wasn’t clear whether he was directing his words toward Netanyahu or to those who oppose a government supported by the mostly-Arab Joint List, when he added: "These are not normal days. Leaders must put aside personal considerations." His government, he said, will represent the voters of all parties. Gantz said he would try to form as broad a government as possible and reached out to the leaders of the right-wing parties allied with Netanyahu's Likud. But they refused to meet him. Defense Minister Naftali Bennett of Yamina party said he won’t meet with Gantz until Kahol-Lavan "rids itself of the support of the Joint List, which supports terrorism."

At the Knesset, lawmakers were sworn-in in groups of three, instead of a celebratory event where veteran lawmakers greet the newcomers in the plenum. Shortly thereafter, Kahol-Lavan filed three bills and Yisrael Beiteinu filed one bill - all meant to stop Netanyahu from serving - and prevent a similar situation from happening in the future. Gantz's party proposed limiting the term of office of a prime minister to two terms, ending the term of office of prime minister who was served an indictment, and prohibiting giving the mandate of forming a government to a defendant. Yisrael Beiteinu’s bill would disqualify a prime minister who is indicted. Kahol-Lavan also informed Knesset Speaker Yuli Edelstein (Likud) that if he did not agree to convene the plenum so that a new Knesset speaker can be elected to replace him then the party would turn to the High Court. (Maariv)

Elections 2020/Netanyahu Indictment Commentary/Analysis:
Can Netanyahu Be Trusted to Manage the Coronavirus Crisis? (Meirav Arlosoroff, Haaretz+) Suspicions about political conflicts of interest haven’t been proved, but there's plenty of reason to worry. That casts a pall over the whole process.
Fighting coronavirus should not weaken Israeli democracy (Ben-Dror Yemini, Yedioth/Ynet) A caretaker government that does not have majority support from voters or members of Knesset must not be allowed to decide on measures that are undemocratic and compromise the civil rights of Israelis.
Is the Corona "coming on time" for us, the Israelis? (Yossi Ahimeir, Maariv) From the corona eruption comes something positive - the timing. Before we met it, we were, and still are, subject to other, Israel and very familiar viruses - the virus of sectarianism, manifested in hatred, malediction and threats, tearing Israeli society from the inside and threatening its very unity and integrity. This is definitely a more dangerous virus than the Corona, and it has increased its presence in the past year, over the three election campaigns, and especially after the third one that ended two weeks ago. It divided us, made the discourse violent and filled with hostility, threatening to widen the rifts within us to the point of fear of a civil war between the hawkish camps…The outbreak of a civil war must be prevented in advance. To this end, a unity government is urgently needed. The Corona virus may be the incentive for establishing it, but not the main cause. The government - and there is a government in Israel - is fighting it very seriously. Unity - first and foremost to prevent the virus of hatred from spreading to harsh provinces - is the cure…to curb the danger of the virus that is special to Israel and which endangers its safety more than any other Corona and other malice.
Netanyahu Talks Unity. I Don’t Believe Him (Raviv Drucker, Haaretz+) You really want to believe him. It’s a sensitive time, full of uncertainty, so one looks to the leader. But what can you do? His messages just don’t go down smoothly. Every wave of the hand, every blink – it all looks like his usual theatrics. When he says: “Let’s not use tricks” or “let’s put aside the cynicism,” one feels an uncontrollable fit of laughter welling up inside. There is a rational basis for this lack of trust. Netanyahu explained the need for a unity government based on the urgency of passing a state budget. What’s stopping him from getting the budget approved? Kahol Lavan would support any budget at this point.
No government, and Gantz knows it (Mati Tuchfeld, Israel Hayom) Theoretically, Benny Gantz has the votes for a government. In practice, it won't happen, even though the media and some enthusiastic Twitter users would be willing to see him sit with Hezbollah if it meant ousting Netanyahu.
Arab Israeli Doctors Fight Coronavirus as First-class Physicians but Second-class Citizens (Lee Yaron, Haaretz+) They account for 17 percent of the country's doctors and save Jewish lives 24/7. But when it comes to representation in government, even in the times of the coronavirus, Netanyahu thinks they are a danger.
The seat of the prime minister is awaiting the two candidates who won the election and they need to share it (Gideon Reicher, Maariv) Instead of setting up a national emergency government to fight the impending economic crisis, the leaders of the major parties are engaged in controversy and resentment. They both walk away from the nation that elected them.
Coronavirus Won’t Kill the anti-Netanyahu Bloc (Anshel Pfeffer, Haaretz+) There's still a long way to go before Gantz can form a government; but Netanyahu himself, and his ability to make enemies, has given the centrist leader a fighting chance.
Gantz has already caved to Balad's demands (Amnon Lord, Israel Hayom) The Blue and White leader has already agreed to demands from Arab MKs that will make it impossible for him to form any kind of unity government with the Right.
Coronavirus may prove way out for Netanyahu (Nahum Barnea, Yedioth/Ynet) When the gravity of Israel's healthcare system becomes evident, the prime minister would surely prefer to have Gantz at his side to share blame for its almost certain collapse; as it stands, neither will be able to form a government without the other.
Now is the time for national unity (Rachel Avraham, Israel Hayom) The time has come for Blue and White leader Benny Gantz to put his personal issues with PM Netanyahu aside and heed the wishes of the Israeli public. The time for a national unity government is now, not after a fourth election.

Other Commentary/Analysis:
The Coronavirus Fight in Israel Is Threatening Individual Rights (Haaretz Editorial)  Netanyahu – who lost to Benny Gantz the mandate to try to form the next government – daily introduces extreme emergency measures to fight the corona virus. He is doing so without the proper oversight of the legislative and judicial branches, which are hobbled by the new directives. This includes special surveillance measures such as cellphone geolocation and the review of credit card data to track the movements of people who have tested positive for the new coronavirus as well as people who may have been near them.
Netanyahu Bought Some Time, but a Total Lockdown Appears Inevitable (Amos Harel, Haaretz+) Israel has been hesitant to adopt strict measures used elsewhere – and a lack of preparedness will likely soon result in a shortage of hospital beds and respirators.
Israel's coronavirus response is okay, but it could be better (Ron Ben-Yishai, Ynet) An inter-ministerial forum and Netanyahu's constant communication are a good way to handle the virus, but they need to overcome a muscle memory of trauma that leads to hoarding and panic buying - and get people off the streets.
To Better Cope With COVID-19, Israel Should Test More, Scare Its Citizens Less (Prof. Zvi Bentwich, Haaretz+) Broad testing of the population in a controlled fashion would reveal the rate at which the virus is spreading and locations of large concentrations of cases; from there we would derive what practical steps to take. These tests would remove or at least significantly reduce the uncertainty and fear among the population. It’s hard to exaggerate the importance of increasing the number of tests. The second issue that’s important to emphasize is the public information aspect. The information shouldn’t be coming from politicians but from the professionals – physicians and experts who understand the various aspects of the epidemic and convey reliability and validity when they speak.
Coronavirus under control? Egypt’s latest giant problem awaits (Zvi Bar'el, Haaretz+) If Egyptians want a guide for combating the novel coronavirus, it can be found not on the Egyptian Health Ministry’s website but on social media.
Only the International Criminal Court in The Hague Can Restrain Israel (Hagai El-Ad, Haaretz+) In the summer of 2014 we killed over 500 Palestinian children in the Gaza Strip, in surgical strikes and so-called statistical bombings. Then-Prime Minister Benjamin Netanyahu, and then-Israel Defense Forces Chief of Staff Benny Gantz now head the country’s two largest parties. In the fall of 2017 then-Defense Minister Avigdor Lieberman, declared his intention of totally destroying the West Bank village of Khan al-Ahmar…U.S. President Donald Trump’s plan for American recognition of Greater Israel… dictates total Palestinian submission, while it publicly exposes Israel’s aspiration to continue with its demographic engineering of the area according to its wishes…How many children will be killed in Gaza this summer? How many additional Palestinian communities will be destroyed in the coming years? What will life look like under a regime that aspires to perpetuate its supremacy over another people? And what are we willing to do in order to say to all that – enough!