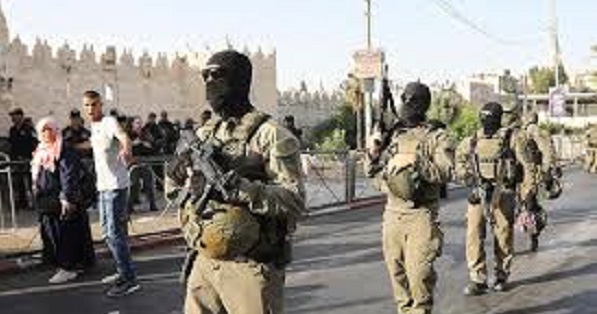 Quote of the day:
"Dear world, how is the lockdown? --Gaza."
--One of the many sardonic political social media posts made by Gazans this week.*
Front Page:
Haaretz
Yedioth Ahronoth
Maariv This Week (Hebrew links only)
Israel Hayom

Top News Summary:
Moves by the Likud-led government in the battle against corona and moves by Likud politicians in the newly formed Knesset sparked shouts of anti-democratic conduct that put Israel’s democracy in harm - making top stories in today’s Hebrew newspapers.

A full closure is around the corner, reported the papers, as the government put in place new more restrictive measures, such as no leaving the house except for a 10-minute walk and for buying food, medicine and toiletries, closure of all stores not selling food, medicine and toiletries, no public transportation from Thursday night till Sunday morning and more. A full closure is expected in the coming days. But most worrying to many was the middle of the night government approval to track phones of people infected with corona. Israel lawmakers and Knesset legal advisors had already voiced concerns over tracking patients, but in a late night phone vote, the government ignored them and approved the digital tracking.

Elections 2020 / Netanyahu Indictment News:
The battle over the Knesset - Fury in Kahol-Lavan over Likud’s attempts to postpone the establishment of Knesset committees to oversee the conduct of government in the corona crisis

At the Knesset, Kahol-Lavan and Likud battled in a shouting match over the formation of the Knesset committees. Kahol-Lavan called for the Knesset plenum to approve the establishment of the regular committee. That committee then plans to convene the Regulatory Committee to form the Foreign and Defense Committee, the Finance Committee and the Corona Commission. Likud demanded equal representation in all the committees using the 10-person coronavirus limitation as a reason. Kahol-Lavan faction chairman, Avi Nissenkorn, refused and insisted committee representation would be as usual (percentage of seats as per seats in the Knesset) and that everyone could sit in the plenum far from each other. Zohar refused and the Knesset was paralyzed.

Senior Kahol-Lavan people have issued sharply critical statements against the government and the Likud party's conduct, following the recent decisions it has made: the closure of the courts due to the Corona crisis, the postponement of Prime Minister Binyamin Netanyahu's trial, and Knesset Speaker Yuli Edelstein's decision not to allow the election of a new Speaker, Maariv reported. Kahol-Lavan MK Lapid accused Netanyahu of having “closed down the democracy.” Kahol-Lavan MK Moshe Ya'alon accused Israeli Prime Minister of turning Israel into a dictatorship (Yedioth Hebrew) and Kahol-Lavan chairman Benny Gantz said that “Likud… is trying to prevent the work of the Knesset. If it isn’t enough that the Knesset hasn’t functioned for a full year, now they also want the new Knesset to do the minimum required work in a time of crisis.”

The Likud faction head was not done with his parliamentary work. Zohar filed two Knesset bills to try to break up the alliance of Kahol-Lavan and Yisrael Beiteinu with the mostly-Arab Joint List. One bill was to annex the Jordan Beqaa Valley and the other was the death sentence for terrorists. "Let's see this wonderful collaboration between the Joint List and Yisrael Beiteinu and Kahol-Lavan,” Zohar said cynically, "We will see how those against the State of Israel as a Jewish and democratic state work together with members of Kahol-Lavan and Lieberman. These laws are, after all, laws supported by Lieberman, and also supported by some members of Kahol-Lavan. Will we see them oppose this legislation to please their new members from the Joint List?"
(Also Israel Hayom Hebrew)

Meanwhile, the only person on the Gantz side of the political map who refused to recommend him for prime minister, Gesher Chairwoman MK Orly Levy-Abekasis, broke her ties with Labor and Meretz because of her opposition to a Gantz-led government that would rely on the votes of Arab party members. She will now be an independent one-person faction. (Also Maariv) Maariv/103FM reported that the Direct Polls company released a poll that showed that "A quarter of Kahol-Lavan voters oppose the alliance with the Joint List and prefer elections.”

Other Commentary/Analysis:
What History Can Teach Us About the Coronavirus (Irad Malkin, Haaretz+) Epidemics shake up a society, its economy, culture, religions and environment, but the biggest concern is social and moral deterioration. Gird your loins.
Much more than a closure (Sever Plocker, Yedioth Hebrew) An official closure - in fact, a comprehensive curfew on a civilian population - is a decree that the public in a democratic state cannot withstand for more than two weeks: after that, the patience of the civilians who are shut in their homes expires, the violations of the curfew jump, and the blanket of the severe prohibitions becomes increasingly full of holes. In the end, the closure becomes a fiction. Man is, first and foremost, a social being. In addition to psychology and sociology is economics. True, the main thing is health - but not only corona affects one’s health. The severe damages to normal functioning of economic life, crashes in the capital markets, rising unemployment, the severe fear of loss of livelihood and pensions - all of which will be reflected, as many studies show, in a sharp rise in suicide rates, drug and alcohol consumption, domestic violence, uncontrolled obesity, severe stress and wild behavior. All of these phenomena have devastating health outcomes, some irreversible, possibly more severe than Corona. They must not be ignored. Hence the crucial importance of the timing of the closure; Not too late, but not too early either. A distinction must be made between community and social distancing, domestic isolation and avoidance of interaction with foreigners, and total closure, complete elimination of social life and almost complete paralysis of economic life for a relatively long period. The first moves are necessary, and the sooner the better. On the other hand, closure for over two weeks, give or take, should only be step of "no alternative,” when there really is no alternative and other options run out. Millions of people in the country and hundreds of millions around the world will not remain locked in their homes and absent from work for many months, or even a few months. This is impractical - both in a democracy and in a dictatorship. The curfew was lifted from many provinces in China much earlier than the medical establishment there recommended…If and when Israel reaches the declaration of a general closure, citizens must be assured above all that this will not be a political move, but a very precise result of the national costs and benefits - health, social and economic - of this severe step.
Israelis Face Draconian Measures as Government Fears Losing Control of Virus (Amos Harel, Haaretz+) Authorities take a half-step toward a police-enforced closure, while plans to use geolocation data raise serious rights concerns.
Is Tehran exploiting the coronavirus pandemic to continue its nuclear pursuit? (Israel Kasnett, Israel Hayom) Iran's leaders might be focused on dealing with the coronavirus, but on the flip side, they might also be taking advantage of it.
The Bernie Sanders Paradox: Why Liberals Aren't Ready for a Jewish President (Etan Nechin, Haaretz+) The Sanders candidacy represents a type of Judaism that not only threatens the right wing, but also challenges the liberal left.
Obeying the Talmud in coronavirus crisis (Chen Artzi Sror, Yedioth/Ynet) The insistence on keeping the ultra-Orthodox education institutions open it a time where gatherings are strictly prohibited is sacrilege that contradicts the basic Talmudic principle of saving a life above everything else.
Prepared for APN by Orly Halpern, independent freelance journalist based in Jerusalem.
comments powered by Disqus