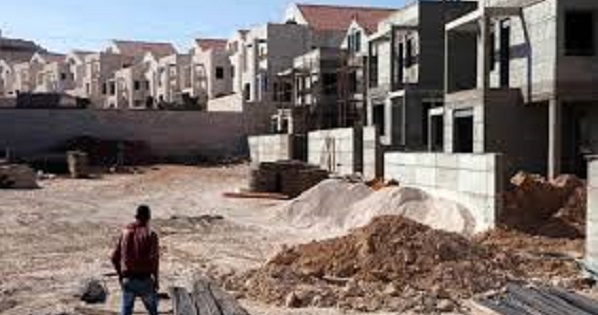 Without coordinating his arrival with the Palestinian Authority, Israeli Police dumped a very sick Palestinian laborer, who was working illegally in Israel, at a West Bank checkpoint.*

Top News Summary:
The battle between the Health Ministry and the Finance Ministry over imposing a stricter restrictions on citizens and the confusion at the Knesset were the top stories in Wednesday’s Hebrew newspapers.

Elections 2020 / Netanyahu Indictment News:
Wednesday was the High Court deadline for Knesset Speaker Yuli Edelstein (Likud) to convene the plenum for a vote for a new Knesset speaker. He had already said he could not say when he would be able to convene the plenum and he protested the ‘interference’ of the judicial branch in the affairs of the legislative branch. And while some Likud ministers said he should buck the court, ironically, Justice Minister Amir Ohana was among them, as was Transportation Minister Bezalel Smotrich, other Likud MKs came out and said Edelstein should uphold the High Court’s ruling “despite all the frustration” because, said Minister Tzachi Hanegbi (Likud) “Ignoring it will seriously damage our constitutional regime." Ze'ev Elkin said that while the High Court had "violated the balance of powers," its decision must be respected. “This is no time to go into a crisis between the authorities.” Public Security Minister Gilad Erdan (Likud) and Likud MK Gideon Sa'ar, who is known as a Netanyahu rival, supported adhering to the court's decision. But dozens of Israeli right-wing activists made a convoy of cars to protest the High Court’s intervention in the Knesset, taking their cue from the thousands of Israelis who participated in the ‘black flag convoy’ of those protesting against Edelstein adjourning the Knesset last week. (And Maariv) Edelstein did allow plenum votes for approving the special Knesset committees that were formed the day before. The right-wing bloc boycotted the vote. (Maariv)

Corona News:
The rate of infection increased and three people had died (now five) when the government took the decision late Tuesday night to severely limit movement as of Wednesday evening: no passing more than 100 meters by foot from one’s home, no synagogues, reduced public transport, no picking-up take-out food orders, and the only retail establishments that can remain open are grocery stores, pharmacies, pet shops, and optometrists.

The IDF prepared to takes more responsibility in the crisis: assisting local governments in their care for the elderly and aiding at the drive-in testing sites, but it also prepared to enforce a full closure of all West Bank checkpoints and for other types of aid. If it were up to the Health Ministry, one of the IDF’s jobs would be to put Israelis on military rations delivered by soldiers, said the Ministry’s #2, Prof. Itamar Grotto. Netanyahu also presented a chilling scenario, whereby one million Israelis could fall ill with the virus and "10,000 could be dead in Israel by end of April.” However, government sources told Yedioth Hebrew that he was just saying this for the sake of the protocol of the future commission of inquiry. (Yedioth Hebrew)

Political Deadlock / Netanyahu Indictment Commentary and Analysis:
Forget Coronavirus. In Israel, the Democracy Virus Will Be Defeated (Zvi Bar'el, Haaretz+) The hatred, incitement, racism and contempt for the law, like the prime minister’s corruption, aren’t side effects of the coronavirus. They certainly weren’t alleviated by it, and they’ll continue to exist after it’s gone.
Hateful ideology is not 'just words' (Dan Schueftan, Israel Hayom) The Israeli Left must wake up and realize that the issues it saw as "political leverage" at the time of the Oslo Accords are real and the present concerns of the Palestinians – and the reason why the historic deal between Israel and the PA is a failure.
Politics won, we lost (Yossi Yehoshua, Yedioth Hebrew) One of the key questions to be asked by the commission of inquiry over the Corona virus is what price Israel paid for not transferring powers to the defense establishment - and on time, for a clear political reason: Prime Minister Binyamin Netanyahu did not want to hand the campaign over to his opponent, Naftali Bennett. When Bennett called for large-scale testing, the Ministry of Health opposed it, contrary to the World Health Organization's position and the practice of South Korea and most Western countries. When Bennett pushed to remove corona patients from their homes and isolate them in hotels, even in accordance with the World Health Organization's recommendations, the Ministry of Health continued (and still continues) with its home isolation policy for patients, creating a risk of infection for the rest of the household.
Respirator machines are a product in demand worldwide. Why was so much precious time burned at the Ministry of Health and the subject of procurement and equipping was not transferred to the Ministry of Defense, which is its area of expertise?
Knesset Speaker Edelstein Must Come to His Senses (Haaretz Editorial) The direction Israel’s democracy is taking will be decided to a large extent today. It depends on one man – Knesset Speaker Yuli Edelstein. Admittedly, he has been acting on behalf of his master, Prime Minister Benjamin Netanyahu, who refuses to recognize the results of the election. But the decision on whether to obey the High Court of Justice and convene the Knesset on Wednesday to elect a new speaker – or alternatively, to defy the court and cause a constitutional earthquake – rests in his hands alone.  Less than an hour and a half after he informed the justices that he didn’t intend to listen to them, they ruled that Edelstein must convene the Knesset and enable it to vote on replacing him by this Wednesday.
Edelstein's dangerous High Court game (Ben-Dror Yemini, Yedioth/Ynet) The speaker's authority must not be used to compromise Israel's democracy, but the Knesset speaker tried to do just that and the judiciary stopped him by ruling as it had.
Bring Back This Former Justice Minister. She Can Help Save Israel (Sami Peretz, Haaretz+) The fact that many people are already living in peace with the harsh attacks by Justice Minister Amir Ohana against the legal system under his authority attests to the weakness of the country’s immune system. It’s possible to imagine the panic if the health minister had attacked the health system and undermined the public’s faith in it, or if the defense minister had said the army isn’t such a great army after all.
Israel needs a national unity government now (Isi Leibler, Israel Hayom) Without minimizing the issue, PM Netanyahu has inspired confidence that, under his mature leadership, the government will be able to make difficult decisions and navigate this crisis in the best possible manner.

Other Commentary/Analysis:
Coronavirus fallout pushes Palestinians to the brink of economic ruin, anarchy (Daniel Siryoti, Israel Hayom) More cases of infection are being recorded daily in the PA and Gaza, it is only a matter of days until a general outbreak occurs, and when it does it will be Israel that is forced to pick up the pieces.
Israel's battle experience can help defeat coronavirus (Amos Yadlin, Yedioth/Ynet) A war against an unseen enemy is not too different from one against a foreign power; we must have discipline, a clear plan, accurate intelligence and most of all trust in the country's leadership.
U.S. Jews Do Care About Israel's Democracy. We're Just a Little Busy Surviving Right Now (David Zenlea, Haaretz+) Our elderly are vulnerable to coronavirus, our synagogues are closed, our president is incompetent, our jobs and health are on the line. And now we're expected to save Israel’s democracy, too?
In times of crisis, comparisons between Israel and other countries (that make Israel seem better) are Fake News (Dr. Uri Milstein and Dalit Milstein, Maariv) One of Israelis' favorite things in general, and the Israeli leadership over generations in particular, is the glorification of Israeli action compared to the rest of the world.The Corona offers us a golden opportunity to observe, as in a scientific experiment, how different countries face a similar challenge in similar circumstances. For example, the challenge of the temporary economic crisis. What exactly are we better at? Protecting the Israeli workers and businesses? Let's see. About 450,000 Israelis found that they were on unpaid vacation. Not working or unemployed, not sick, thank goodness, but not really making a living. Allegedly, the state is temporarily taking upon itself to pay wages - not full but considerable - and helping the distressed employer keep its employees until the situation passes. There are no layoffs. On the face of it, everyone benefits. And now for comparison: For us, in the “best” country, the responsibility falls, of course, on the employee. He has to register, fill out forms, sign unemployment, the clerk has to approve (or not); And this is contingent on a certain previous work period.. The replacement salary, which is defined as unemployment benefit here in the "best" country, is hardly half a salary, because unemployment payments in Israel are a joke, because since 1990, it was reduced by 80% when the employers' participation in the payment was lowered by 97%. Which means even if you want to pay, there's nothing to pay from. And how is it in Germany, for example? This name was not seen as unemployment at all. It doesn't even come from the same budget.
Hope is nice, but demonization of Israel is unlikely to change (Gerald M. Steinberg, Israel Hayom) President Reuven Rivlin tried to provide some optimism amidst the gloom and doom of the corona epidemic. Noting the cooperation between Israel and the Palestinian Authority, he tweeted: "I just spoke to PA chairman Mahmoud Abbas. Our ability to work together in times of crisis is also a testament to our ability to work together in the future for the good of us all." This peaceful scenario is worthy of the Jewish prophets – particularly Isaiah and Micah…President Rivlin's optimism for coexistence born out of working with the PA to combat the coronavirus is a pipe dream…Palestinians, in coordination with an army of NGOs, are pressing the effort in the International Criminal Court to take the false "war crime" accusations to the next stage – a pseudo-investigation of Israel.
Coronavirus in a Broken Holy Land: Three Personal Prayers (Bradley Burston, Haaretz+) When all this is over, if we’re still here, may we remember to bless You by doing what we so tragically failed to do: To save the world.

Interviews:
Ayatollah: Uncovering a Secret Jewish Family History
A chance find sent writer Hadley Freeman on a near-two-decade quest to discover the truth about her Jewish family. She talks here about the resultant memoir, ‘House of Glass,’ and why she’s not expecting it to be published in Poland. (Interviewed by Adrian Hennigan in Haaretz+)